After the brutal conflict in Gaza flared yet again in the past month, and the end of Benyamin Netanyahu’s 12 years as prime minister of Israel, attention is again focused on the apparently intractable conflict between Israel and Palestine.

Australia has been one of Israel’s staunchest supporters, but this is increasingly being...

After the brutal conflict in Gaza flared yet again in the past month, and the end of Benyamin Netanyahu’s 12 years as prime minister of Israel, attention is again focused on the apparently intractable conflict between Israel and Palestine.

Australia has been one of Israel’s staunchest supporters, but this is increasingly being questioned, particularly within the Labor Party. The Queensland branch recently passed a resolution condemning Israel for the “ethnic cleansing” and “oppression and dehumanisation of Palestinian people”. The party’s federal leadership immediately disavowed the resolution. 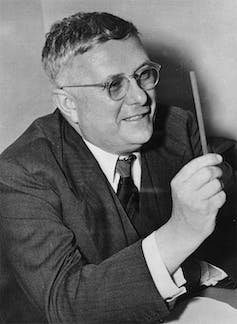 H.V. ‘Doc’ Evatt was instrumental in the establishment of Israel. National Archives of Australia

This is not a new debate within Labor, nor is it likely to disappear. While there is less obvious dissent within Coalition ranks, there is growing public scepticism about Australia’s consistent support of Israeli governments. What data we have suggests less enthusiasm for Israel’s position than is reflected in mainstream media, with younger Australians less supportive of Israel’s current position.

Australia played a significant role in the formation of Israel after the second world war. As president of the United Nations General Assembly, Herbert “Doc” Evatt, then Labor’s foreign minister, shepherded through the resolutions that led to the partition of the British mandate of Palestine and the recognition of the state of Israel.

Support for Israel continued under successive governments. In the Suez Crisis of 1956, the Menzies government stood with Britain and France in backing Israel’s attack on Egypt. In the United Nations, Australia is one of a dwindling number of American allies that have supported Israel in a series of votes condemning Israel.

Disputes over Palestine split the National Union of Australian Students in the mid-1970s. In her memoir, Julia Gillard writes that these debates contributed to her strong sympathies for Israel. Her sympathies were tested when Bob Carr, then foreign minister, pushed for Australia to modify its automatic support for Israel in United Nations votes. Carr mobilised considerable support within caucus, and Australia abstained on a General Assembly vote on Palestinian recognition.

By 2012, attitudes within Labor had begun to shift. When he was foreign minister in the Hawke and Keating governments, Gareth Evans had written of the dilemmas facing Israel if it refused to acknowledge the claims of the Palestinians.

In his memoir he argues Israel “could not be simultaneously a Jewish state, a democratic state, and a state occupying the whole of biblical Judea and Samaria”.

Labor’s shift is due to both ideological and pragmatic reasons. Carr is very explicit about the growing importance of Lebanese and other Arab-Australian voters to the Labor cause, as against the already influential, though smaller, Jewish community. 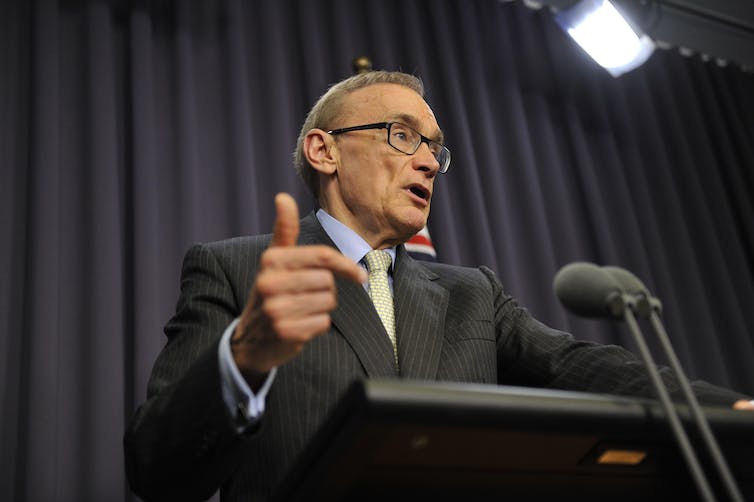 But he also saw a shift in Australia’s position as a necessary recognition of the Palestinian case against continuing Israeli occupation of the West Bank.

Traditionally, Australians have felt a sense of identity with Israel. It represented for several generations a chance to atone for the horrors of the Holocaust, and Australia has been largely free of the sort of unreflective anti-Semitism that colours much debate about Israel.

The first Australian-born governor-general, Sir Isaac Isaacs, was Jewish. Stories of settling the land had particular resonance for many Australians; reflecting on whose land was being dispossessed was too uncomfortable for most of us to consider.

It’s not surprising the strong government and media support for Israel finds a reaction in pro-Palestinian sympathies among many Australians, predominantly on the left. Supporters of Israel claim this is selective indignation and complain there is far less condemnation of equally or more repressive regimes closer to home. But as both Evans and Carr point out, Israel claims to be a democratic state and must be held to account by the norms of Western liberal democracies.

Australian debate on Israel/Palestine too often becomes ritualistic. It is either totally supportive of one side or the other, or resorts to vague talk of a “two-state solution”, which has long ceased to be meaningful given the scope of Israeli settlements on the West Bank. The current government has quietly shelved Scott Morrison’s suggestion of moving the Australian embassy to Jerusalem, a thought bubble aimed at pleasing both Donald Trump and the electors of Wentworth.

Read more: Morrison's decision to recognise West Jerusalem the latest bad move in a mess of his own making

a halt to actions that increase tensions, including land appropriations, forced evictions, demolitions and settlement activity.

It is doubtful the new government in Israel will change the dynamics of the conflict. While the coalition government straddles the political spectrum, new Prime Minister Naftali Bennett opposes any concessions to the Palestinians.

One might expect both domestic and international pressure on Australian governments to adopt a more critical position of Israel.

Read more: Netanyahu leaves behind a complex legacy in Israel. His successor will need to deliver change — and fast