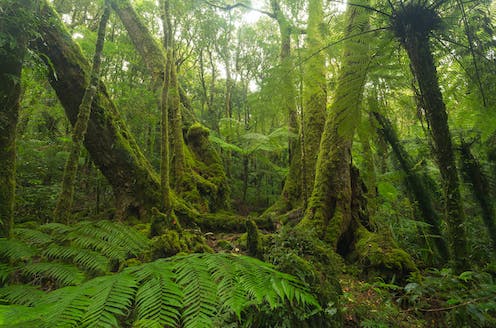 The Wet Tropics of Australia — rainforest stretching 450 kilometres along Queensland’s coastline — is renowned for its vast array of wildlife and ancient plant species. It’s little wonder the rainforest is recognised as a UNESCO World Heritage Site, one of 20 in Australia.

However, the cultural heritage of the...

The Wet Tropics of Australia — rainforest stretching 450 kilometres along Queensland’s coastline — is renowned for its vast array of wildlife and ancient plant species. It’s little wonder the rainforest is recognised as a UNESCO World Heritage Site, one of 20 in Australia.

However, the cultural heritage of the Wet Tropics isn’t recognised or celebrated with quite the same gusto, with the world heritage listing failing to acknowledge the rich, ongoing significance of Aboriginal culture.

Our recent paper assessed existing archaeological, paleoenvironmental, and historical evidence. And we showed the diverse ways these forests are globally significant — not just for their ecological heritage, but also for preserving traces of millennia of human activities.

But there’s much scope for cultural recognition to go further on a national level, too. While the Wet Tropics’ National Heritage Listing recognises Indigenous heritage, Traditional Owners should have more freedom to manage the region in our holistic way. This would lead to better outcomes for the environment.

The cultural significance of these rainforests

Aboriginal rainforest people used a wide variety of forest resources. For example, studies of ancient plant parts and stone tools show these communities were processing often-toxic rainforest nuts for eating from as early as 5,000 years ago. 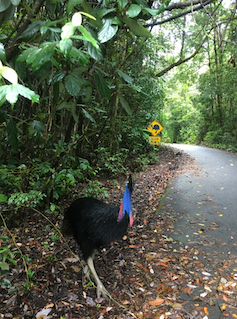 Cassowaries may have once been tamed and then eaten in ceremonial feasts. Rene van Raders, Author provided

They also hunted local animals, such as tree kangaroos, pythons and wallabies. And they may even have captured and tamed the enigmatic cassowaries, later feasting on them during large ceremonial gatherings.

Read more: This rainforest was once a grassland savanna maintained by Aboriginal people – until colonisation

Today, we can still see Aboriginal people’s ecological legacy in the region, such as through the clusters of rainforest food trees near cultural sites.

The long fight for recognition

Aboriginal rainforest occupation and land management was majorly impacted with European settlement across the region, and the subsequent clearing of rainforest for agriculture.

Aboriginal rainforest people were forcefully removed from their traditional lands and resettled on reserves and in missions, often far away from their homelands.

Traditional land practices were suppressed, which caused these rainforests to change. Weed infestations and feral pigs became widespread. Likewise, the rainforest understory thickened, as any area not felled by Europeans was left to “look after itself”. 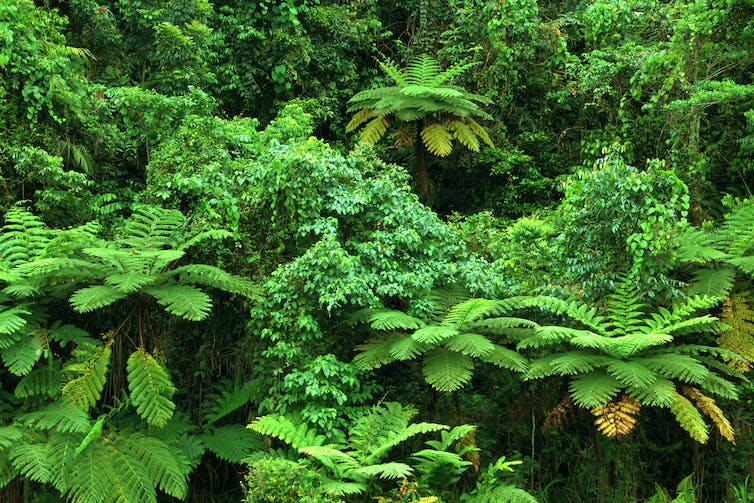 After Aboriginal people were forced from their land, the rainforest understory thickened and became a bushfire risk. Shutterstock

These changes have exposed both biological and cultural heritage to increasingly intense fires, such as those we saw in the horror bushfire season of 2019-2020.

Since the World Heritage Area was declared in 1988, rainforest Aboriginal peoples have campaigned to be included in management plans.

Read more: How a stone wedged in a gum tree shows the resilience of Aboriginal culture in Australia

In 1998, they produced the seminal report “Which Way Our Cultural Survival”, which reviewed the significant contribution rainforest Aboriginal people make to managing the Wet Tropics World Heritage Area.

Finally, in 2012, the Australian National Heritage List recognised the Wet Tropics’ cultural values. This is extremely important because it gives rainforest Aboriginal people a seat at the table in management decision making. 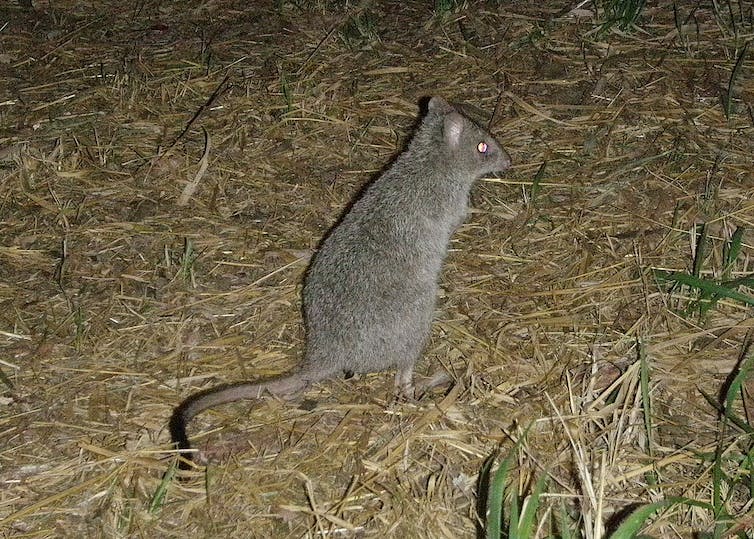 The northern bettong (or ‘rat kangaroo’) is one of the species benefiting from Indigenous knowledge. inaturalist/Wikimedia, CC BY-NC-ND

Rainforest Aboriginal people’s long fight for recognition in the Wet Tropics is now turning into direct action, as we apply our unique knowledge to Country. Today, Indigenous land and sea rangers manage biodiversity, threatened species, waterways and water quality, and we care for country through fire management programs.

For example, there are numerous management plans for threatened species that need a defined fire regime. This includes the northern bettong, whose forest habitat on the edge of rainforest requires frequent burning to keep the understorey open and grassy. Indigenous knowledge forms the basis of this.

But our campaign isn’t over yet

On a national level, we need to manage Country as a “whole”, not just one species at a time.

Fire is an integral tool for this management, and we need to apply the right fire for the right Country (something we’re showing through the Firesticks Alliance Indigenous Corporation). In traditional fire management, the dominant tree species and soils in a specific area determines the fire to apply to Country, and at what time of year. There’s no “one size fits all” solution. 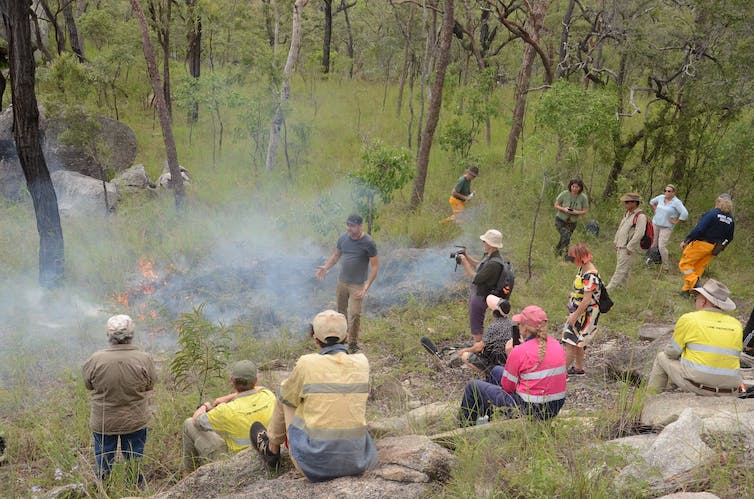 Knowledge from Traditional Owners can also add important information on vegetation change over several decades. This knowledge allows us to reconstruct vegetation changes since European settlement. It also provides insights into past Aboriginal use of plants and animals, and mapping cultural sites and walking routes. 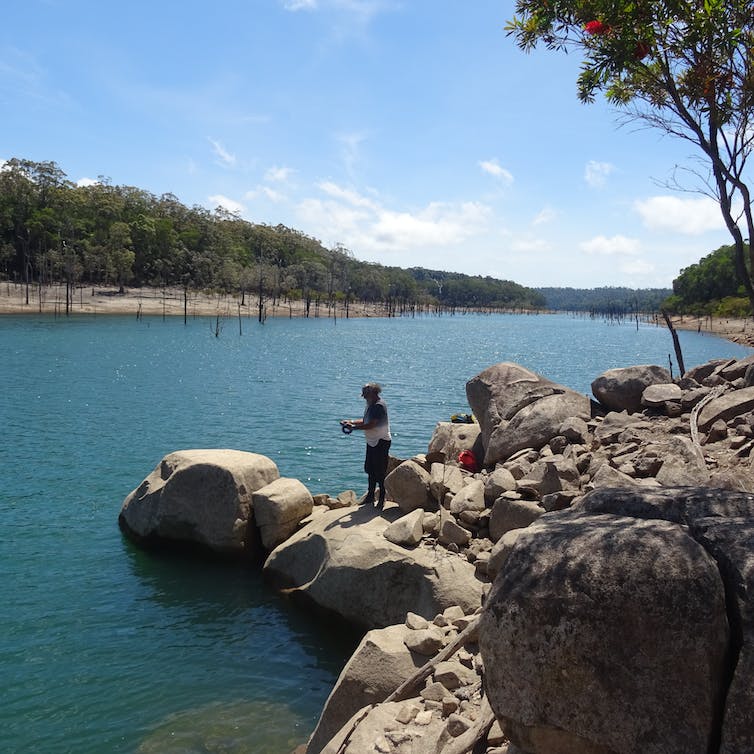 A view of Urumbal Pocket from opposite side of the Tully River. Asa Ferrier, Author provided

They found significant changes to the region’s biodiversity since the removal of Aboriginal land management around 100 years ago. They noted, for example, that no new trees were naturally growing, and remnant sclerophyll tree species were dying, enhancing the rainforest takeover.

The visit also helped Traditional Owners reconnect with their Country, and initiated discussions relating to contemporary burning and other land management tools.

We need equal recognition of the Wet Tropics’ natural and cultural values, and more detailed investigations into how people shaped the rainforest. This will help raise awareness of the international importance of the cultural heritage, and eventually help get it recognised by UNESCO.

And this will help more Australians see the rainforest as a cultural landscape – one that has been managed and maintained by people, rather than just a relic unchanged since the dinosaurs.

The authors gratefully acknowledge the contributions of Ellen Weber from the Wet Tropics Management Authority.