While today’s pre-trial hearing over the Whakaari White Island tragedy revealed most of the 13 parties charged have yet to enter pleas, there is no disputing the basic facts.

The December 9 2019 eruption struck when 47 people were on the small island; 22 people died and survivors were left with severe or critical injuries.

But what will really be on trial when proceedings resume, most likely in September? Ultimately, it comes down to how the individuals present on the day perceived the natural hazard and risk, and especially its uncertainty.

This understanding rests on processes we have in place to communicate and manage risk for workers and tourists exposed to unpredictable natural environments. It is really these processes that should be on trial.

Scientists are at the frontline of understanding volcanic nature. They use physical, chemical and geological methods to delve into volcanic systems.

This knowledge is the first step in a long chain: feeding models of volcanic processes, which are used to produce hazard forecasts that, finally, are converted to hazard maps and public warnings. But each step has its uncertainties, and no scientist is certain of the future — only the odds.

To monitor a volcano like Whakaari, we cannot look directly below the eruption vent. Instead, we interpret internal processes indirectly, using seismic sensors, gas output, heat flow and satellite measurements — and then work out what the data mean. There isn’t always a straight answer.

For instance, if gas and heat output drop, it might mean the system is cooling or magma has waned. Or, it could be that a clay or liquid sulphur seal has formed, trapping gas and heat. The difference in risk and consequence is obviously huge. 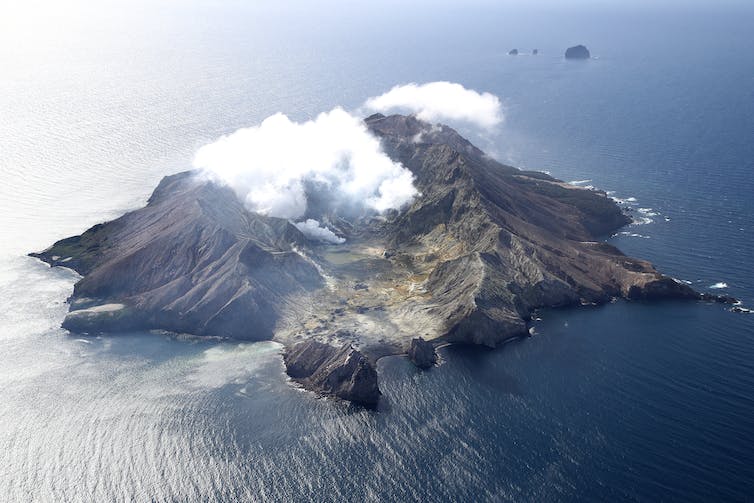 We rely heavily on seismic data (ground vibrations mostly too small for people to feel) collected by GeoNet in real time. But the volcanic system is “noisy” thanks to ocean waves, wind or rain. Some seismic signals are distinct, such as the cracking of rock when magma rises, others are diffuse, such as fluids moving through voids.

Read more: New Zealand's White Island is likely to erupt violently again, but a new alert system could give hours of warning and save lives

We are constantly learning about new features of Whakaari’s volcanic system. The vent area changes after each eruption and is affected by deep and shallow processes, such as magma intrusion, a lake over the crater or landslide debris.

Magma rises in unusual ways, sometimes abruptly, but mainly slowly at Whakaari. It often just stalls well below the crater, slowly crystallising and degassing in place.

Communicating monitoring information to forecast hazard and risk requires a degree of simplification. It is generally impossible to say in black and white whether people should go onto a volcano. Thresholds of acceptable risk need to be set, often with little quantitative guidance in terms of the probability of an eruption.

What went wrong at Whakaari

For those guides traversing the volcano every day, familiarity breeds a false impression of safety. Even with a full understanding of risks, after the novelty of the first few visits, fear dissipates and familiarity leads to an expectation that it will always be safe.

But risk is cumulative with exposure time. Feeling safer over time is the opposite of reality. How much of a factor was overconfidence of tourism operators who had visited Whakaari for decades without major incident? 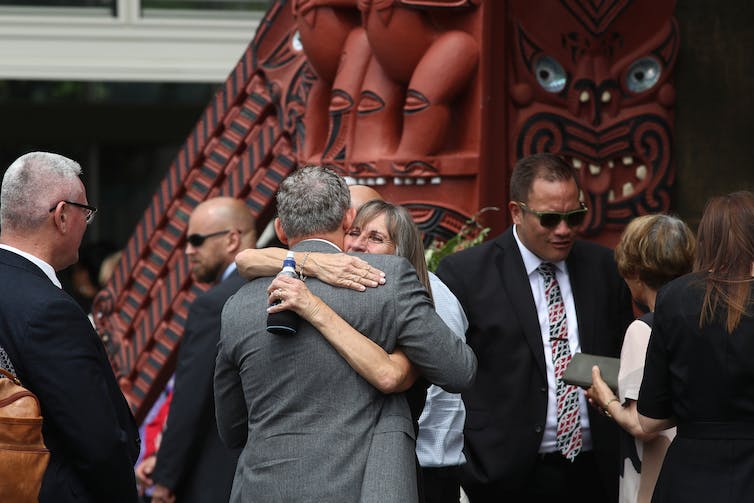 People gathering for a memorial service one year after the eruption of Whakaari White Island. Phil Walter/Getty Images

Different people are involved in decision making in tourism activities, and they perceive hazard differently. For a visitor present for two hours, the risk is much lower due to their brief exposure, but how can the magnitude of risk be expressed to short-term visitors adequately?

A better approach is to distinguish days when it is safe (say, 1 in 10,000 risk) from those that are marked as “eruption possible” (1 in 50). These assessments are possible now, although they are plagued by data uncertainties, human biases and methodological arguments.

One focus during the trial will be risk messaging. Two weeks before the eruption, the Volcanic Alert Level was changed to 2 (level 3 means an eruption is occurring). The last communication before the event had contrasting messages:

The monitoring observations bear some similarities with those seen during the 2011-2016 period when Whakaari/White Island was more active and stronger volcanic activity occurred.

While the [fountaining] activity is contained to the far side of the lake, the current level of activity does not pose a direct hazard to visitors.

This shows how difficult it is to address uncertainty in observation through to forecasting. With 20/20 hindsight it is easy to judge the outcome, even if it is grossly unfair to those doing their best at the time to provide expert judgement and balance.

An added factor is that Whakaari is privately owned and sits in an unusual administrative “grey” zone. It was unclear who would have a mandate to “close” the island. While GNS Science provided warning information, it had no jurisdiction or control.

Contrast that with the Department of Conservation, which was quick to restrict access at Mt Ruapehu at the end of last year when GNS Science raised its alert level to 2.

This brings into question the role of the National Emergency Management Authority (NEMA), local authorities and indeed the owners of the island.

One of the most important considerations we must take forward from the tragedy is the cumulative nature of volcanic risk. The length of exposure time is critical. In basic risk calculations, using conservative figures and OECD accepted life-safety models, repeated visits to Whakaari by tour guides place them near unacceptable limits.

To get better at forecasting different levels of eruption risk requires advances in our basic science, as well as automated systems that can dispassionately judge risk and raise concerns. It also requires a more rigorous regime that ties warning systems to restrictions in access.

Even with this, the compounding uncertainties of how we measure and interpret this natural system mean it will never be completely safe.