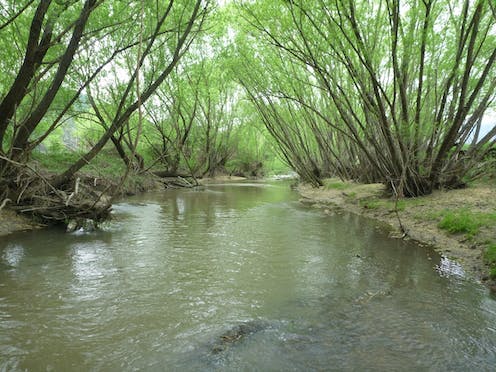 Climate change will make Australia hotter and drier in future, and we’re starting to see the dangerous consequences of this in our rivers, lakes and streams.

As waters warm and flow patterns alter, the animals who call...

Climate change will make Australia hotter and drier in future, and we’re starting to see the dangerous consequences of this in our rivers, lakes and streams.

As waters warm and flow patterns alter, the animals who call these waterways home may struggle to survive. Many are ectotherms — meaning that unlike humans, these animals can’t regulate their body temperature, putting them at the mercy of ambient water temperature. And for animals that have evolved in cold water, such as some native crayfish, increased water temperatures can be lethal.

Our new research paper calls for a (possibly controversial) solution: take advantage of willow trees growing along the banks. They can create cool, shady refuges in these warming waterways.

Willows are not native and, in many places, are an invasive weed. But for temperature-sensitive animals, their dense, leafy canopy may make willows the lesser of two evils in a warming climate.

Willows belong to the genus Salix, and are natives of the northern hemisphere. They were introduced to Australia in the 19th century first as ornamental plants, then later planted to help stabilise river banks to combat erosion.

Today, they’re considered noxious weeds in Australia, South America and southern Africa, are highly invasive and have spread along waterways throughout temperate Australia.

The harms willows inflict on aquatic ecosystems are well documented. For example, they alter energy dynamics in streams by dropping all their leaves into the water at once, which can reduce water quality and the amount of food for animals.

Dense shading in summer reduces the amount of algae (an important food source) growing on surfaces in streams. Willows also out-shade and use more water than native plants, stopping them from re-colonising.

These reasons are why governments invest in removing willows from our waterways. But what if willows offer some benefits to their invaded ecosystems, too?

As far as we know, the presence of willows hasn’t caused any extinctions. But in coming years, we can expect to see more animal extinctions due to temperature increases from climate change.

To deal with climate change, temperature-sensitive animals are left with two options: either migrate upstream to cooler water or adapt to warmer water. Both alternatives are problematic. 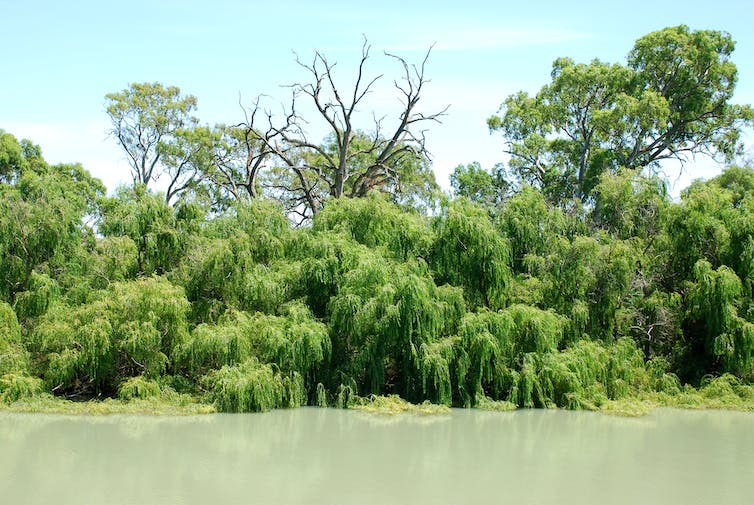 Willow trees can out-shade native plants and stop them from re-colonising. Shutterstock

Some animals, such as two-spined blackfish, aren’t well suited to (or potentially even capable of) long distance travel to cooler water. And many of our rivers have barriers, such as dams, weirs and waterfalls, making migration impossible.

If animals stay put, Australia’s climate is now warming at such a fast rate, some may struggle to adapt quickly enough. The critically endangered barred galaxias is another cool water adapted fish unlikely to successfully migrate to other habitats to escape warming climate, but remains at risk if it doesn’t.

To give wildlife a fighting chance at survival, we need to consider a patchwork of new and alternative approaches to stream management, such as creating “climatic refugia”. These are places where local climate is cooler than the regional climate, providing areas animals can escape to when temperatures get extreme. 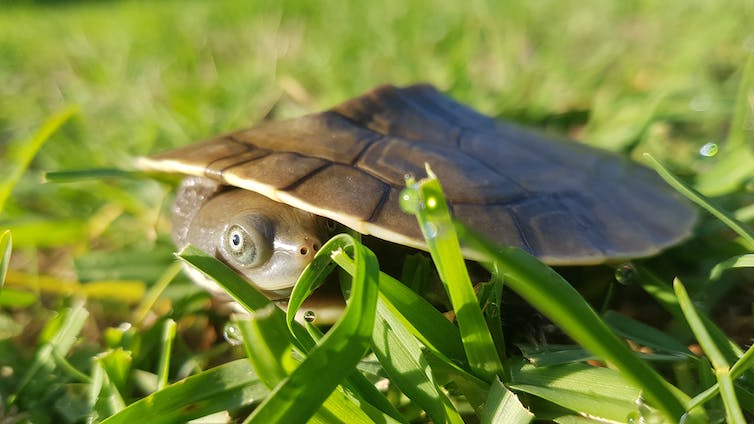 Warmer temperatures may cause the populations of some freshwater species, such as the Murray River turtle, to grow. Author provided

Trees and shrubs growing along the edges of streams (riparian vegetation) do this when they shade the water surface, helping to mediate water temperature.

This could make willows a useful tool for natural resource managers as we see increases in extreme heat days.

For our research paper, we use a case study from north-east Victoria to illustrate how dense willow invasions can reduce stream water temperature and create climatic refugia.

Read more: Why there's a lot more to love about jacarandas than just their purple flowers

We logged water temperature in Happy Valley Creek at three locations: at an upstream native forested site, a midstream site with no vegetation, and a downstream site that was heavily shaded by invasive willows.

We expected water temperature to increase with distance downstream as it moves from cool upland areas to warmer lowland areas. Instead, we found the water temperature at the willow shaded site could be a few degrees cooler than the midstream site, particularly during periods of extreme heat. 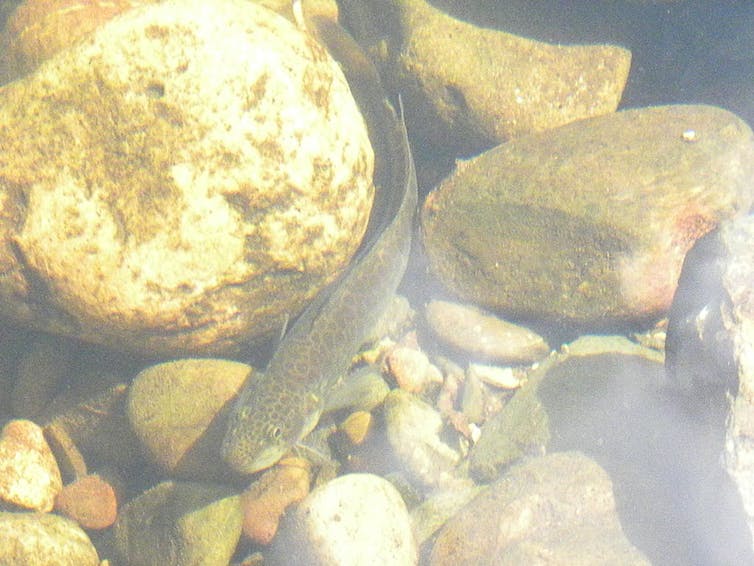 Some animals, like the two-spined blackfish, are unlikley to migrate to cooler waters. Alan Couch/Wikimedia, CC BY-SA

Many streams are fringed by native vegetation that provide comparable heat protection to animals as willows, and we should protect these from willow invasion.

But in locations where willow removal activities are unlikely to be successful in the long-term, it may be better to prioritise willow removal elsewhere. For example, if willows can’t be removed from upstream catchments, they’ll continue to recolonise downstream. And if there’s no funding for follow-up activities, willows may re-establish following removal.

Where willows are rampant, they may already be protecting populations of heat-sensitive animals from temperature extremes. Removing them could have unintended consequences for such animals. 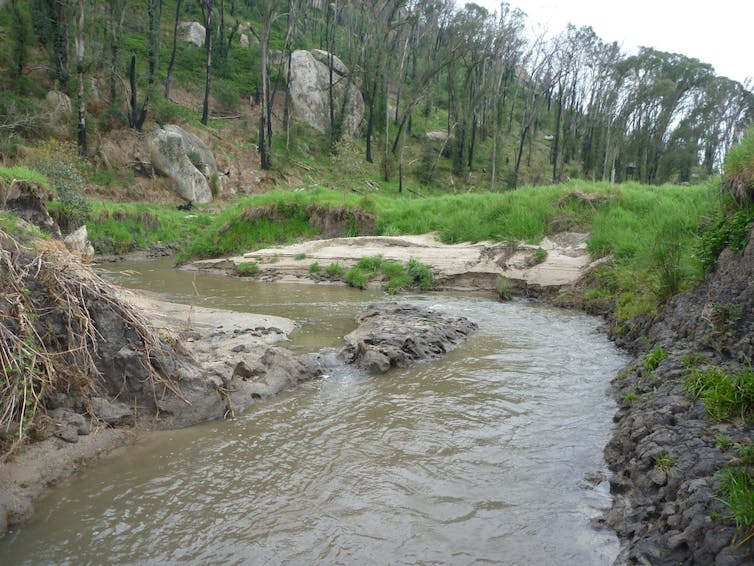 It’s important to clarify we’re not suggesting willow removal activities should stop to prevent further widespread invasion. But as our climate changes, we need to objectively consider what ecosystems will be sustainable in the future, and prioritise our restoration efforts accordingly.

We need to decide what state we’re trying to manage our ecosystems to — the likely endpoint.

Given current river regulations, land-use and changing climate, restoring all ecosystems to a pre–European state may not be sustainable or even possible at this point.

For willow-dominated, degraded catchments, there may be more value in promoting willows as refuges from the temperature extremes of climate change, rather than pursuing an ideal that may not even be possible.