In the 1840s, a series of strange books started to appear in Copenhagen. The books were credited to outlandish pseudonyms: Victor Eremita (“victorious hermit”), Hilarious Bookbinder, Vigilius Haufniensis (“the watcher in the marketplace”), and more.

The author of these books was a theology graduate named Søren Kierkegaard. He wasn’t using pseudonyms to hide his authorship, however, but to make a point about what it is to truly inhabit a view of life. That, he complained, was precisely the problem with the other philosophers of his era. They published under their real names, but wrote as if they weren’t living, breathing, mortal people at all, but mere abstract conduits for pure reason.

Cut to 180 years later, and philosophers are again asserting the right to publish under made-up names. But these philosophers, it seems, want to use pseudonyms to do the very thing Kierkegaard accused his contemporaries of doing: abstracting authors out of ethical reality.

Philosophers Peter Singer, Jeff McMahan, and Francesca Minerva have announced a new academic outlet, the Journal of Controversial Ideas, as a safe space for unpopular views.

An “open access, peer-reviewed, interdisciplinary journal specifically created to promote free inquiry on controversial topics,” it will give authors the option to publish their work under a pseudonym “in order to protect themselves from threats to their careers or physical safety.”

Read more: Is cancel culture silencing open debate? There are risks to shutting down opinions we disagree with

Equally, few philosophers have had the sort of practical impact that Singer has through his work on animal ethics in particular. I don’t share Singer’s utilitarianism, but I’ve long admired the determination with which he follows through a line of argument. 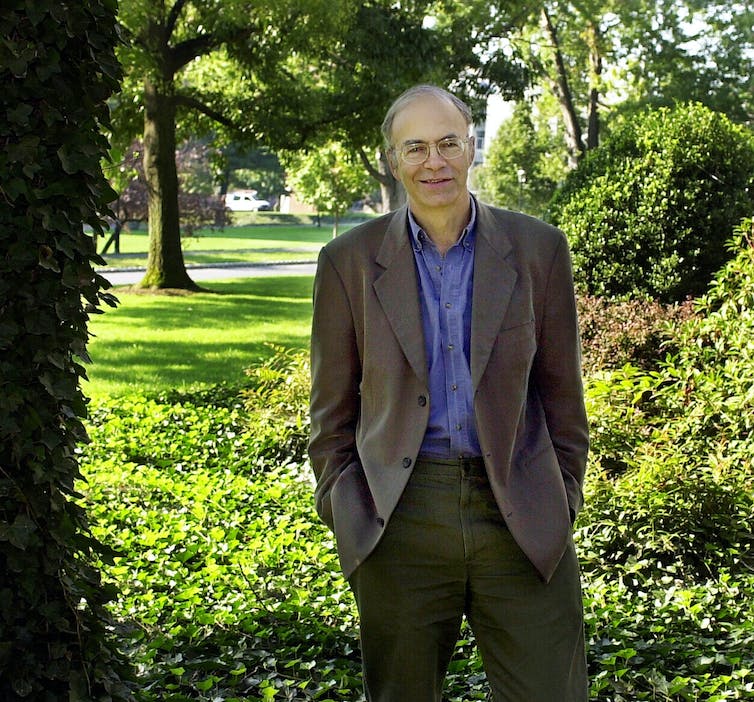 Apart from wanting to ensure people’s safety, it’s unsurprising to see philosophers defending the value of rigorous open inquiry in this way. It also comes at a time when philosophy as a profession is wrestling with difficult issues about the ethics of its own practice. The status of trans women in particular has been the site of incredibly painful recent arguments within the discipline.

The new journal is not meant to be entirely pseudonymous. Real-name submissions are encouraged, and pseudonymous authors can claim authorship of their work at a later time or reveal it to selected people (such as employers).

Pseudonymity is not an inherently bad thing. Apart from focusing the reader on the argument rather than the author, it can, in many cases, give a say to people who could otherwise not participate in public discourse. On the other hand, pseudonymity in academic publishing has already been abused to sneak pseudoscientific claims into the scholarly literature.

The bigger issue here is that academic inquiry does not take place in a vacuum. Speaking, writing, and publishing are actions, and therefore subject to moral evaluation like any other action. Research is something we do – and as such, something we are ethically responsible for. We’re agents, not mere conduits.

Few people, perhaps, pay attention to academic publishing. Yet to push a finding through the brutal gamut of peer review grants it authority. And that has downstream consequences. It can feed, for instance, into the ways issues of race and gender are discussed in broader society.

It is entirely reasonable to point out that the practice of research, however innocently it might be intended, has effects that researchers cannot simply shrug off. Using a pseudonym might protect you from being blamed for those effects. But it does not change your responsibility for them.

The Journal of Controversial Ideas has been described as a response to so-called “cancel culture”. “Clearly there has been an increase in various forms of behaviour that can intimidate people from writing on controversial topics,” Singer told The Australian. There are indeed genuine problems with the scale on which people get called out for problematic comments or behaviour on social media.

But that doesn’t make us less answerable for what we write and publish. We cannot and must not avoid difficult topics. The challenge for researchers, then, is to work on these topics in a way that doesn’t implicitly suspend responsibility for what we say and do. We cannot pretend that academic inquiry is somehow quarantined from the rest of the ethical universe, and claim a right to evade accountability for our work.

If a certain way of talking about race, for example, has historically served detestable ends, are you implicating yourself in those ends by taking that approach or using that language?

If your way of approaching a topic calls the validity of a marginalised person’s very existence into question — or when such people tell you that’s what you’re doing, whatever you might have assumed — are you prepared to face up to the moral liability you’re taking on?

Are you, in the end, making life better for other people, or worse?

In light of that standard, a pseudonymous journal devoted entirely to “controversial” ideas starts to look less like a way to protect researchers from cancel culture, and more like a safe-house for ideas that couldn’t withstand moral scrutiny the first time around.