Who gets what in the arts has long been topic of much debate. There are myriad issues round elitism, regional distribution, excellence, artforms, organisations versus individuals and so on. Some of this is generated by an unequal allocation of funding as well as the limited amount available overall. But other issues relate to historical approaches...

Who gets what in the arts has long been topic of much debate. There are myriad issues round elitism, regional distribution, excellence, artforms, organisations versus individuals and so on. Some of this is generated by an unequal allocation of funding as well as the limited amount available overall. But other issues relate to historical approaches and a hierarchy of arts practice.

It is unusual, though, for an arts minister to step into the fray. In 2015, the then arts minister George Brandis decided to change the funding distribution and invent his own funding scheme for excellence. This did not work out well for anyone, including the minister.

Now the current Minister for the Arts, Paul Fletcher, has decided to put his view out there. At a talk on Wednesday to the Sydney Institute, Fletcher attacked the arts sector for being a “cosy club” of elites while raising the issue of “fairness”, particularly in relation to regional and urban distribution of arts funding.

He described the audience for the arts as “an elite group of people wearing black tie going to opening nights in our big cities”. This might sound more like a Labor dig at the top end of town than a Coalition line. The minister seems to be confusing privileged audience members with hard-working arts workers, who could use support rather than insults.

Read more: A litany of losses: a new project maps our abandoned arts events of 2020

Perhaps, like many, Fletcher is still feeling a bit bruised from 2020. The art sector was shutdown due to the pandemic and then was generally ignored for more than eight months by his government, despite the dramatic economic impact on the sector. The extremely slow response by the federal government was not seen by the arts sector as “sensitive” or “fair” for that matter. The federal government did end up providing a large amount of funding at the end of 2020 and into 2021, but the process for deciding “who got what” was hardly transparent.

Now it seems the minister wants to raise issues around elitism and funding share, as well as the urban/regional debate. This seems a little disingenuous given recent accusations of funding “rorts” at both federal and state levels.

Fletcher has declared he wants to see if he can shift the Labor party and Greens from their high ground positions in relation to the arts, while reminding everyone of past contributions by the Coalition to the cultural sector.

However, it is the minister’s government that disappeared the “arts” into an amorphous department of infrastructure.

Yet, in this speech this week, Fletcher claimed the “level of funding committed to the arts by the Morrison Government in 2020-21 has been unprecedented”. Belated additional funding for COVID relief may have increased the federal arts allocation dramatically for the past 12 months. But this additional funding has not been equitably allocated, and the government has continued to ignore cultural workers who were not eligible for JobKeeper or JobSeeker. 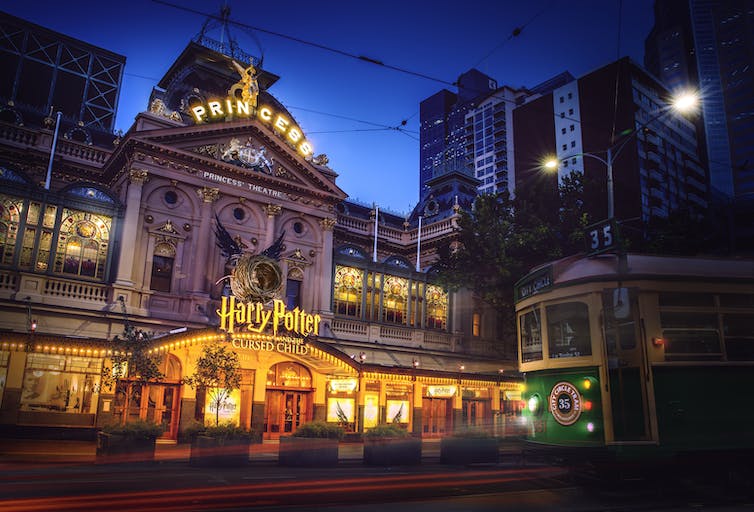 The minister said that his department advised him to give $971,895 in RISE funding to the Harry Potter the stage show in Melbourne. AAP/Haystac

Certainly, it can be agreed arts funding is skewed towards the big end of town. The opera companies, symphony orchestras and major theatre companies receive more than 60% of the funding available from the Australia Council.

Is Fletcher talking about changing this ratio or providing more money overall? Or is he using the opportunity to have a go at a vulnerable sector when he is meant to be their advocate? The minister maybe diving in at the deep end, without necessarily understanding the full complexity of the arts or arts funding. 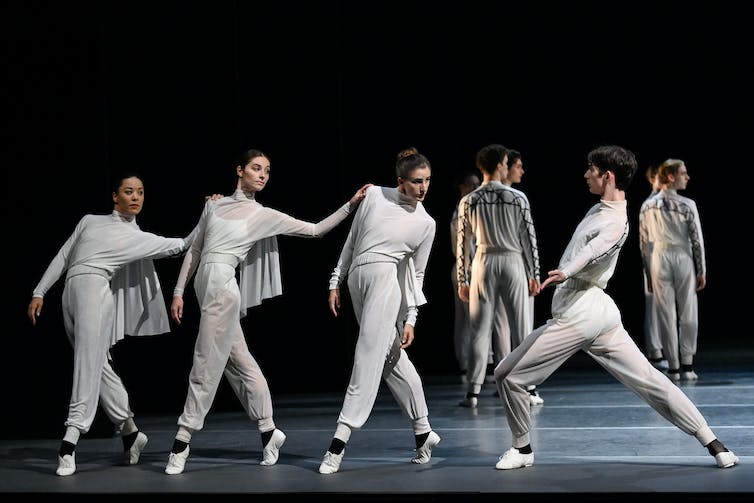 Perhaps he is playing to supporters when he argues too much funding is going to urban performing arts companies, rather than, for example, to regional activity or commercial productions that tour.

But professional arts practice is usually located in urban centres because that is where artists live and work. It is also where they can attract the biggest audiences, which is critical when arts activity depends on box office income. Of course, there are also fantastic arts groups and individuals working in the regions that also need to be recognised, celebrated and more generously funded. But in the annual Australia Council report for 2019-2020, it is noted that of “government initiatives”, only 5% of total arts funding was allocated to regional areas. If the government was serious about providing more funding to regional areas, it could certainly increase this percentage.

However, since the Coalition parties came into power in 2013, the amount of money available for arts funding has continued to decrease. This is something that could easily be changed given the small amount overall given to arts practice at the Australia Council ($187.1 million in 2019-2020). A further 95 companies have lost their funding since 2016.

Over the past eight years there has been a dramatic continual decline in arts funding relative to population growth, which has particularly affected individuals and small to medium arts organisations. Is the minister arguing that he wants to give more money to the sector or is he really concerned about electoral boundaries and getting the support of Coalition voters in the regions?

The arts sector would love to have a minister who demonstrates they care about the needs of the sector and does their best to improve the position of the arts in Australian society. Instead, it feels like Fletcher is employing and possibly enjoying a “divide and rule” approach, which helps no one in the end, least of all the arts.