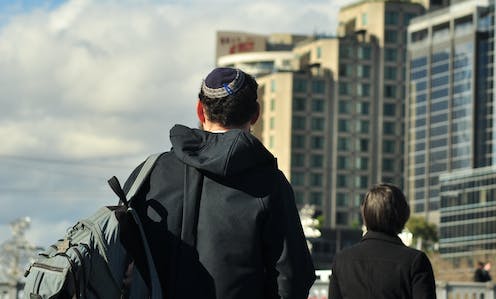 This is the first in a series of two articles looking at antisemitism in Australia.

Antisemitism — hatred towards Jews — can be expressed in many forms. It often takes the form of a hate crime, such as violence against people (including murder or assault) and damage to property (vandalism).

It can also take the form of an...

This is the first in a series of two articles looking at antisemitism in Australia.

Antisemitism — hatred towards Jews — can be expressed in many forms. It often takes the form of a hate crime, such as violence against people (including murder or assault) and damage to property (vandalism).

It can also take the form of an incident regulated by civil law or not regulated at all. For example, antisemitism can be expressed in verbal and non-verbal displays of aggression, threatening posters, stickers, leaflets or other displays of hate.

Recently, for example, a Jewish woman in her 60s was spat at and called “Jewish scum” on the eve of Passover in a Melbourne street.

What if we could predict when antisemitic incidents are most likely to occur? Is it possible to identify patterns linking these incidents to particular dates or events — and therefore be better prepared to counter them?

How we researched antisemitic incidents

In new research under peer review at a scientific journal, we set out to discover more about what triggers these specific acts of hate in Australia.

Among the events we looked at were: 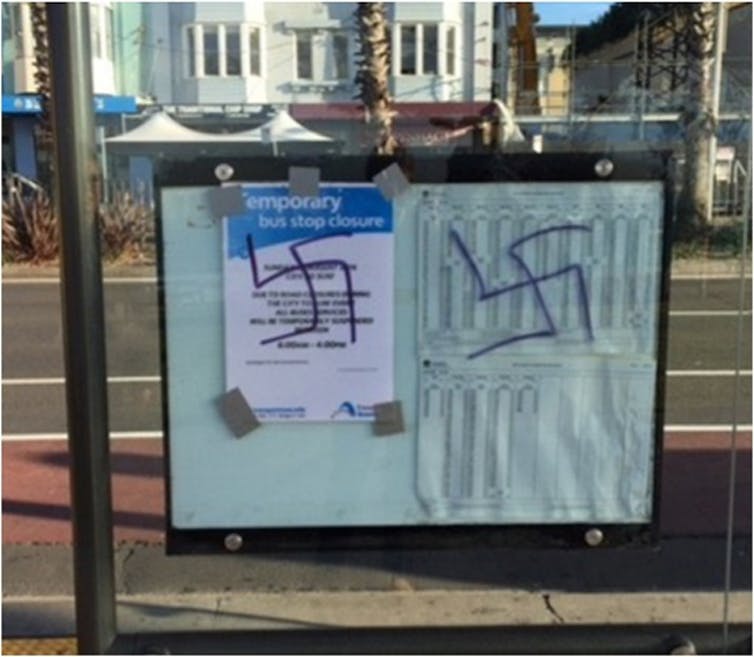 We used data collected by the Executive Council of Australian Jewry (ECAJ), which include incidents reported to the group or other Jewish state-based organisations across Australia, and published in ECAJ’s annual Report on Antisemitism in Australia.

Data collected by community organisations like ECAJ are usually more detailed and complete than police statistics, due to the under-reporting of antisemitic and other hate crimes to the authorities.

Our data included a wide spectrum of both criminal and non-criminal hate incidents, including physical assault, verbal abuse, graffiti and vandalism, as well as various types of communication like mail, emails, stickers, posters, leaflets and telephone calls.

We then re-coded all the incidents, placed them on a timeline and divided them into categories based on the severity of the incident.

What events were likely to trigger hate?

Our results showed that weeks with Jewish celebrations were more likely to coincide with incidents of hate speech, such as verbal abuse and offensive gestures.

This could be explained by the fact that during the holidays, Jewish people are more identifiable on the street, as many tend to wear religious garments or congregate outside synagogues.

Overseas, Jewish holidays have also been chosen for targeted attacks at synagogues, for example, the 2019 attack in Halle, Germany, on Yom Kippur. In our Australian data set, incidents during Jewish celebrations were less likely to involve physical violence, and more likely to involve hate speech.

The antisemitic incidents we tracked during the 2014 Israel–Gaza conflict, however, were significantly more likely to involve violence towards people (such as throwing objects).

And the incidents that occurred after the establishment of Antipodean Resistance were more likely to involve indirect forms of hate speech (such as the neo-Nazi stickers defacing an aged care facility in Melbourne housing Holocaust survivors), and be claimed by the hate group.

Our research builds on what previous studies have found. A study in the US last year, for instance, found that Israeli military operations, as well as the presence of hate groups in certain geographical areas, were associated with an increase in antisemitic incidents.

And a study in Belgium found similar links between waves of antisemitic attacks in that country in 2008–09 and Israel’s offensive against Hamas in Gaza. 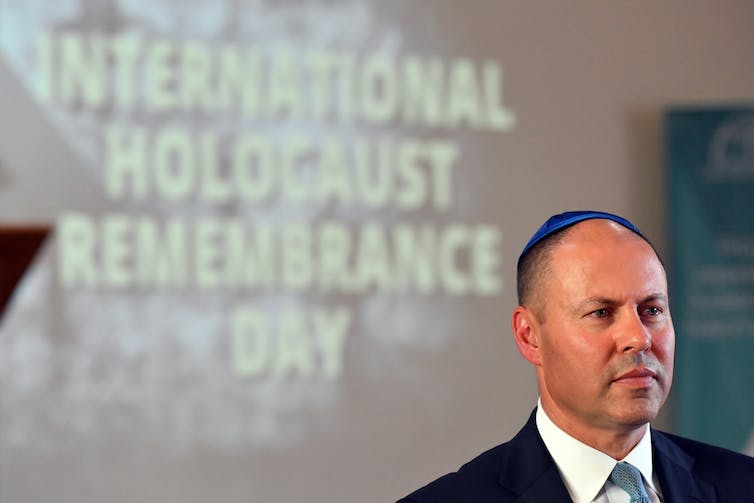 Treasurer Josh Frydenberg warned earlier this year that antisemitism was on the rise in Australia. Mick Tsikas/AAP

A sharp increase in incidents in recent years

We believe the same patterns we identified from 2014–17 would also apply to the present day.

The ECAJ Antisemitism Report noted increases in hate incidents during Jewish religious festivals up to 2019.

In 2020, there were fewer opportunities for antisemitic abuse because of the COVID-19 pandemic and the closure of Jewish facilities and synagogues.

Nonetheless, from 2019–20, there was a marked increase in the number of serious incidents in Australia, including physical assaults and verbal abuse.

Read more: Anti-Semitic anti-Zionism on campus – how should universities respond?

Antipodean Resistance has disbanded in recent years, but some of its members have reportedly joined a new group called the National Socialist Network.

The group gained attention for a weekend camping trip in the Grampians earlier this year, during which they burned crosses and chanted racist slogans. This incident coincided with the 76th anniversary of the liberation of the Auschwitz concentration camp.

A major report released recently also noted several neo-Nazi groups banned in Europe and the US were now operating in Australia. Since 2019, they have become more explicitly antisemitic, aggressively racist and white supremacist.

Why this data is important

Our research can be used by both policymakers and community organisations to gain a more nuanced understanding of antisemitism and what drives it.

Studying the relationships between the types of hate incidents and specific trigger events can help improve preparedness and focus critical security resources at times when the Jewish community is at greatest risk.

However, they all use different definitions and criteria, and they usually do not share data with each other. This means that each organisation has a piece of the puzzle, but no one can see the whole picture.

Read more: To shut down far-right extremism in Australia, we must confront the ecosystem of hate

Our research highlights the need for a more comprehensive register of hate crimes and incidents combining data from all of these sources, as well as Facebook and Twitter.

One of the main reasons we don’t have a centralised database is Australia doesn’t have a federal hate crime law similar to the US and UK.

We need to develop a “whole of society” approach that involves civil society organisations, government agencies, law enforcement and scholars.

With this in mind, we developed (together with colleagues from Sydney University, City University of New York and Michigan State University) a website called Tackling Hate. It offers free training modules, videos and resources to help these sectors build the skills to identify and address all forms of hate.

Only then will we be able to develop more targeted, evidence-based policies and practices to better predict when antisemitic incidents are likely to occur and be prepared to counter them.