Recent reports about the deportation of a 15-year-old from Australia to New Zealand have reignited a dispute between the two countries about the proper management of offenders who have been born overseas.

The reports came at the time Australia’s former Home Affairs Minister Peter Dutton described the program of deporting non-citizens with a criminal conviction as “taking the trash out”.

It later emerged the Department of Home Affairs said the youth had requested deportation, although it added he would have been removed anyway.

For some years we have researched the experiences of Kiwis deported from Australia under the now infamous provisions of the Australian Migration Act. These provisions authorise the relevant minister to order a deportation on “character” grounds, defined in the legislation.

We explained before that the principal provision authorising the deportations is section 501 of the Act. That is why the deportees often refer to themselves as “501s”.

There is an even more slippery provision in the Act, section 116. Under that provision, the minister can deport a person if he or she regards them as someone who would or might be a risk to the health, safety or good order of the Australian community or a segment of the community.

We return to the risk assessment exercise below. What is clear is that these deportations have torn families apart. Imagine arriving in a country with a few hundred dollars, lacking knowledge of the complexities of navigating the systems you are forced to engage with just to survive.

Through our studies we encountered adults who have experienced this. When they arrive in a new country, with new rules, new systems, many reported feeling overwhelmed, leading some to experience homelessness, serious mental health breakdowns and for some, suicide.

Unsurprisingly, adults deported to a country where they may have no family, no attachments and no contacts will struggle psychologically, emotionally and financially.

Imagine how much worse this would be for children cut off from their home, their family, friends and the only life they have ever known. How are children expected to manage their way through systems that have crushed the spirit of their adult counterparts?

Our research found many of the people detained under Australian immigration legislation were removed from the Australian state they were living in prior to detention and deportation.

This meant they were deprived access to family life (a human right) even before they were deported. Many are advised that instead of languishing in detention they can appeal their deportation once they are in New Zealand, but this can be very expensive and, practically, is very difficult to do.

As we have also previously observed, there is no indication that the risk assessment implicit in section 116 has been conducted by professionals (such as forensic psychologists) who are properly qualified in assessing risk.

Instead, the deportation of people on character grounds is said to be proven by the fact of prior conviction. The corrective or even redemptive effect of imprisonment is ignored.

It turns out that “paying your debt to society” is not complete once you have left an Australian prison if you have foreign citizenship.

In various media releases and interviews, Peter Dutton has indicated sections 116 and 501 are important to ensure Australia is safe from people who have committed murder or rape. 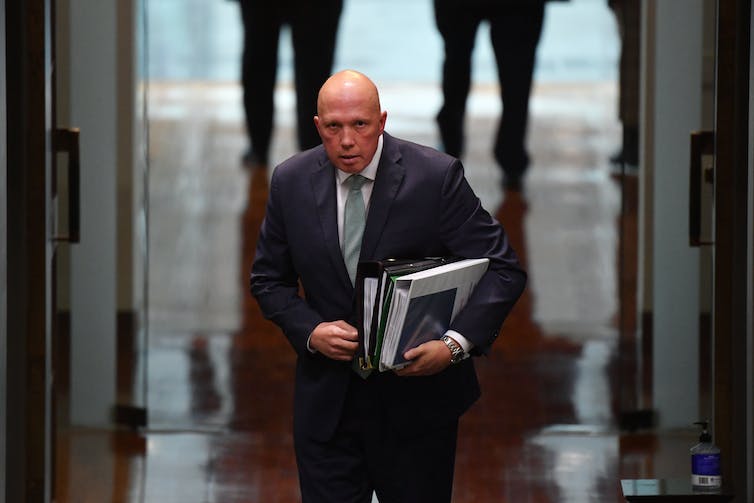 A cursory glance at the research shows recidivism rates are not uniform across offenders.

There is a vast body of research demonstrating the risk of reoffending can be objectively measured using techniques developed by forensic psychologists over many decades.

Yet this scientific work is routinely ignored and instead people are being deported on the basis they will continue criminal activity.

Broadly, these deportations reflect the growth of actuarial justice: the classification and management of groups of people on the basis of their presumed danger.

The risk presented by an individual is not researched or even analysed, it is simply removed.

Read more: Overhaul of NZ women's prison system highlights the risk and doubt surrounding use of force on inmates

There is ample evidence of the harm these deportations produce, and limited evidence or risk of recidivism in allowing people who have paid their debt to society to stay in Australia.

We are instead risking serious and lasting damage to our dear relationship with our friends in New Zealand.

UK researchers Bill Hebenton and Toby Seddon observed in 2009 that “the limitless pursuit of security can end up subverting security and justice in deeply damaging ways”.

This seems like a pretty good example of this phenomenon.