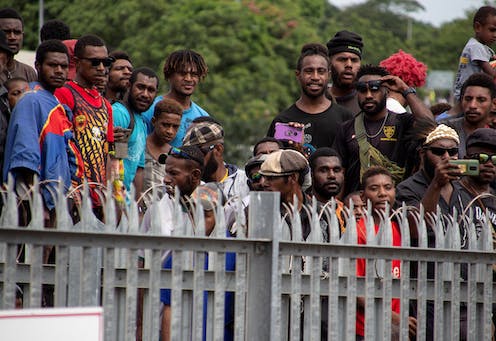 Until this week, it did not occur to most Australians to ask themselves how our nearest neighbours in Papua New Guinea were faring with coronavirus.

Our minds and screens have been full with what is happening at home and in countries like the United States and United Kingdom. In this and other ways, the current crisis on our doorstep highlights...

Until this week, it did not occur to most Australians to ask themselves how our nearest neighbours in Papua New Guinea were faring with coronavirus.

Our minds and screens have been full with what is happening at home and in countries like the United States and United Kingdom. In this and other ways, the current crisis on our doorstep highlights some perennial themes in the relationship between Australia and PNG.

Even for those who were paying attention, the apparently sudden spike in cases has come as a surprise. It had been difficult since the start of the pandemic to work out the real extent of COVID’s spread in PNG, given low testing rates and the inaccessibility of so much of the country.

But antibody analysis and testing of resource industry workforces employed by Australian and other international companies suggested that while the virus was present throughout the country, Papua New Guineans didn’t seem to be dying in the way that people in other countries were.

The apparently low rates of serious illness and death seemed to reflect the fact that three-quarters of the population is under the age of 35, and average life expectancy is only 64. Just a small proportion of the country’s inhabitants seemed to be in the main risk category — very elderly people.

But now it’s like a dam has been breached. Health facilities are close to being overwhelmed in Port Moresby, medical staff are being struck down and 50% of one batch of PNG swabs tested in Brisbane last week were positive.

The crisis brings to mind a paradox in the Australia-PNG relationship. Despite our “blind spot” when it comes to our northern neighbour, there are thousands of Australians who have very strong PNG connections.

About 20,000 Australians call PNG home. They are heavily engaged in work there as teachers, miners, diplomats, aid workers and government advisers.

These people have known for some time how the pandemic has aggravated existing challenges in the country. It has strained the country’s fragile health system, put a squeeze on people’s incomes and encouraged a growing debt problem.

Read more: Destitution on Australia's hardening border with PNG – and the need for a better aid strategy

Many Australians, too, have been working on COVID’s front line there.

While the rest of us have been hunkered down safely behind closed borders, Australian women and men working in the resource industry have continued to come and go – doing quarantine at both ends, spending longer periods away from home and family.

They are managers and technical specialists, and they have been working with their PNG colleagues to implement world-class testing and treatment protocols in their mines and LNG production sites. This has helped keep thousands employed and some revenue flowing to the cash-strapped nation. 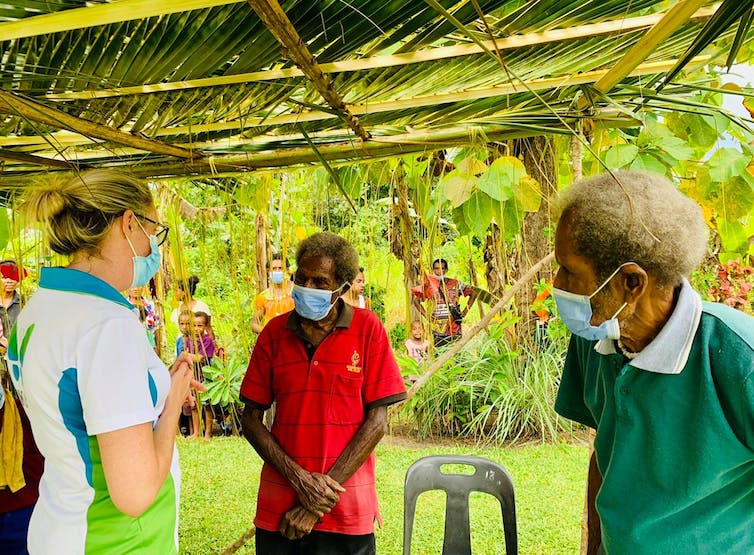 The better companies have also been working “outside the gate” to help local authorities manage the impact of the pandemic on their communities and combat widespread misinformation about the disease and vaccinations that will come.

The tough new restrictions on travel between Australia and PNG are undoubtedly a prudent move, but this has left many Australian resource industry workers and others feeling stranded.

Resource companies operating in PNG, from Newcrest to Oilsearch, need to brief the Australian health authorities on the stringent protocols they are enacting for their workers when they are in PNG. These arrangements, they argue, make their employees a safer bet to travel for work than Australian citizens coming home from many other parts of the world.

Helping PNG is in both our interests

In the past week, mainstream Australian media have finally found a reason to draw broader national attention to what is happening next door.

Self-interest is an important motivator of public attention, and there is now legitimate concern about the disease spreading across the Torres Strait into northern Australia.

We don’t know how bad the problem is in PNG’s western province, less than four kilometres from Queensland’s northernmost islands. But we do know that several positive cases had led the Ok Tedi mine there to cease charter flights to Cairns well before the Australian government suspended travel from PNG yesterday.

We’ve seen a range of official responses from the Australian authorities over the past few days. 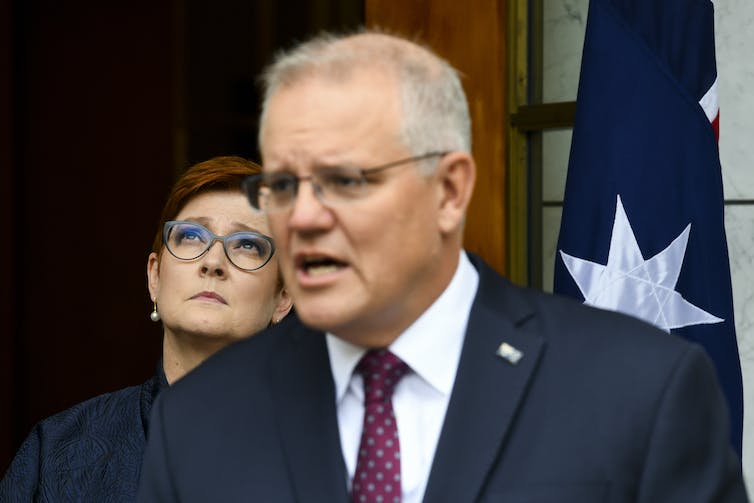 Queensland Premier Annastacia Palaszczuk has announced the vulnerable Torres Strait communities are being prioritised for vaccinations. Canberra has moved to bring forward its vaccination support to PNG, contributing 8,000 doses immediately to protect frontline workers and asking the European Union to divert one million of its AstraZeneca order to PNG.

Some will criticise all this as a knee-jerk response. But to be fair, it builds on a substantial existing program of Australian COVID-related support to PNG.

Read more: China's push into PNG has been surprisingly slow and ineffective. Why has Beijing found the going so tough?

And I know from my own time representing Australia as the high commissioner in PNG that the pace of assistance is often determined by the host government. PNG is a sovereign country, and they need to request help.

There are also those who will accuse Australia of acting purely in its own self-interest. Any such commentary reflects another basic and longstanding misunderstanding of how Australian and PNG interests intersect.

Our neighbour’s stability and prosperity is in our interests. Surely, there can be no better example of this than the current crisis: what is good for PNG is also good for Australia.

A better reflection of the self-interest at play is how most of us, in the general public, have only just realised there’s a problem.