A couple of days ago, the musician Grimes sold some animations she made with her brother Mac on a website called Nifty Gateway. Some were one-offs, while others were limited editions of a few hundred – and all were snapped up in about 20 minutes, with total takings of more than US$6 million.

Despite the steep price tag, anybody can watch or (with a simple right-click) save a copy of the videos, which show a cherub ascending over Mars, Earth, and imaginary landscapes. Rather than a copy of the files themselves, the eager buyers received a special kind of tradable certificate called a “non-fungible token” or NFT. But what they were really paying for was an aura of authenticity – and the ability to one day sell that aura of authenticity to somebody else.

NFTs are a cultural answer to creating technical scarcity on the internet, and they allow new types of digital goods. They are making inroads into the realms of high art, rock music and even new mass-markets of virtual NBA trading cards. In the process, they are also making certain people rich.

NFTs are digital certificates that authenticate a claim of ownership to an asset, and allow it to be transferred or sold. The certificates are secured with blockchain technology similar to what underpins Bitcoin and other cryptocurrencies.

A blockchain is a decentralised alternative to a central database. Blockchains usually store information in encrypted form across a peer-to-peer network, which makes them very difficult to hack or tamper with. This in turn makes them useful for keeping important records.

Read more: Blockchain is useful for a lot more than just Bitcoin

The key difference between NFTs and cryptocurrencies is that currencies allow fungible trade, which means anyone can create Bitcoins that can be exchanged for other Bitcoins. NFTs are by definition non-fungible, and are deployed as individual chains of ownership to track a specific asset. NFTs are designed to uniquely restrict and represent a unique claim on an asset.

And here’s where things get weird. Often, NFTs are used to claim “ownership” of a digital asset that is otherwise completely copiable, pastable and shareable – such as a movie, JPEG or other digital file.

So what is an authentic original digital copy?

Online, it’s hard to say what authenticity and ownership really mean. Internet culture and the internet itself have been driven by copying, pasting and remixing to engender new forms of authentic creative work.

At a technical level, the internet is precisely a system for efficiently and openly taking a string of ones and zeroes from this computer and making them accessible on a that computer, somewhere else. Content available online is typically what economists call “non-rivalrous goods”, which means that one person watching or sharing or remixing a file doesn’t in any way impede other people from the doing the same. 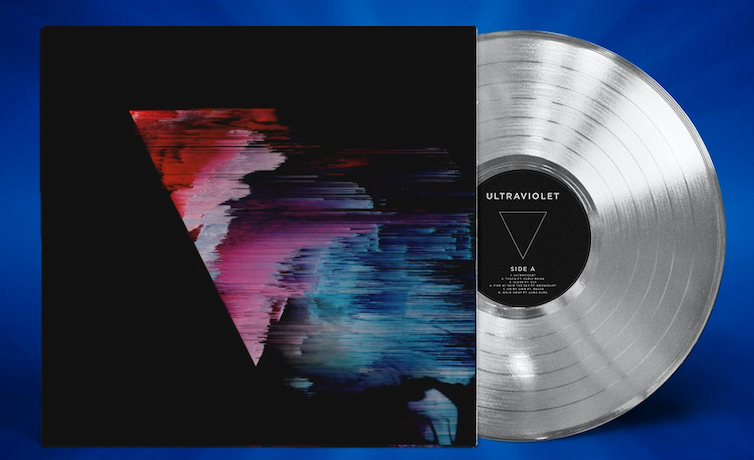 Producer 3LAU raised US$11.6 million on an NFT auction around his latest album. The top bidder received a ‘custom song created by 3LAU with winner’s creative direction’, an NFT for each track on the album, unreleased music, and even a physical copy on vinyl. 3LAU

Constant sharing adds up to a near-infinite array of material to view, share, copy or remix into something new, creating the economies of abundance on which online culture thrives.

TikTok is built around reimagining common audio loops with seemingly endless but unique accompanying visual rituals, which are themselves mimicked in seemingly endless variations. On Twitter, tweets are only valuable to the extent they are retweeted. Fake news only exists insofar as Facebook’s algorithm decides sharing them will increase engagement via driving more sharing.

Information wants to be free

The life and longevity of digital content has depended on its ability to spread. The internet’s pioneering cyber-libertarians had a motto to describe this: information wants to be free. Attempts to stop information spreading online have historically required breaking aspects of technology (like encryption) or legal regimes like copyright.

NFTs, however, bring code and culture together to create a form of control that doesn’t rely on the law or sabotaging existing systems. They create a unique kind of “authenticity” in a otherwise shareable world.

Nearly 40 years ago, Canadian science-fiction writer William Gibson famously described cyberspace as a “consensual hallucination” in which billions of users agreed that the online world was real. NFTs take this to the next level: they’re a consensual hallucination that this string of ones and zeroes is different and more authentic than that (identical) string of ones and zeroes. 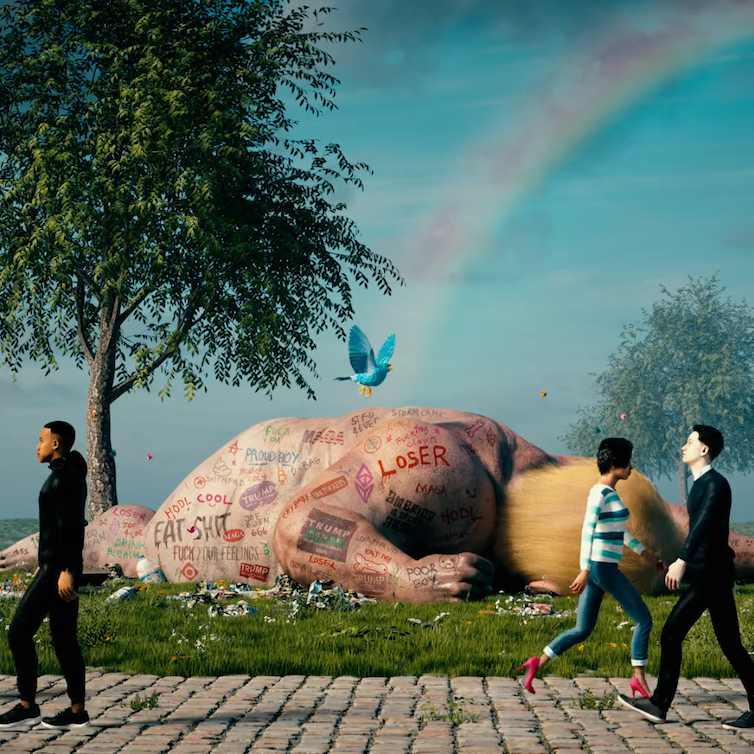 The animation CROSSROADS by Beeple can be viewed online for free – but the NFT independently conferring ownership of the work recently changed hands for US$6.6 million. Beeple

NFTs work by reintroducing a mutual hallucination of scarcity into a world of abundance. There is no shortage of buyers: the NFT market is already worth hundreds of millions of dollars. Even humble sports trading cards will never be the same.

Are NFTs different enough to break the internet?

The real function of NFTs is to create a clear delineation between ordinary creators and consumers of online content and those privileged enough to be paid to produce content or claim to own “authentic” work. The internet decentralised content creation, but NFTs are trying to recentralise the distribution of culture.

NFTs facilitate the exchange of fungible money for non-fungible authenticity. It’s a well-known move that occurs in all sorts of industries, and one with a long history in, well, art history.

Read more: After GameStop, the rise of Dogecoin shows us how memes can move markets

How the culture-code of NFTs will evolve is anyone’s guess, but at the moment, it is opening a lot of new ways to make new money change hands.

At first take, it might seem that this presents artists everywhere with a recourse to get paid for their otherwise copy-pastable work. Yet creating normative rules around paying for content online has not so far gone smoothly: think of the lacklustre payments musicians receive from streaming services like Spotify.

NFTs have also been criticised for their profligate energy consumption, because they depend on a lot of computer power to encrypt their tokens. According to the online calculator at CryptoArt, the computations required to create NFTs for each of Grimes’ animations would have used enough electricity to boil a kettle 1.5 million times – and resulted in around 70 tonnes of CO₂ emissions. I’m not sure that cost for future generations was priced into the current market value, or any appreciation as tokens cryptographically change hands.

Other than their tonnes of CO₂ emissions, what’s real about NFTs is how their creation of technical scarcity enables a new cultural agreement about how something can be authentic and who controls that authenticity. NFTs create new forms of hierarchy, power and exclusion on the wider web. They have already created a new type of haves and have-nots.