With most of the world’s people now living in urban areas, the coronavirus pandemic has highlighted the importance of urban resilience. It’s just as important for adapting to climate change.

Put simply, resilience is the ability of a system, in this case a city, to cope with a disruption. This involves either avoiding, resisting, accommodating or recovering from its impacts.

Our research, recently published in the journal Urban Research and Practice, examined two coastal Australian cities, the Gold Coast and Sunshine Coast. Our aim was to identify ways to improve urban resilience to coastal climate hazards. We found the political aspect of resilience is often overlooked but is critically important.

Contrary to popular belief, building cities that are resilient to the impacts of climate change is not just about infrastructure. Urban resilience also has ecological, social, economic, institutional and, most importantly, political dimensions.

Read more: I lived through Hurricane Katrina and helped design the rebuild – floods will always come, but we can build better to prepare 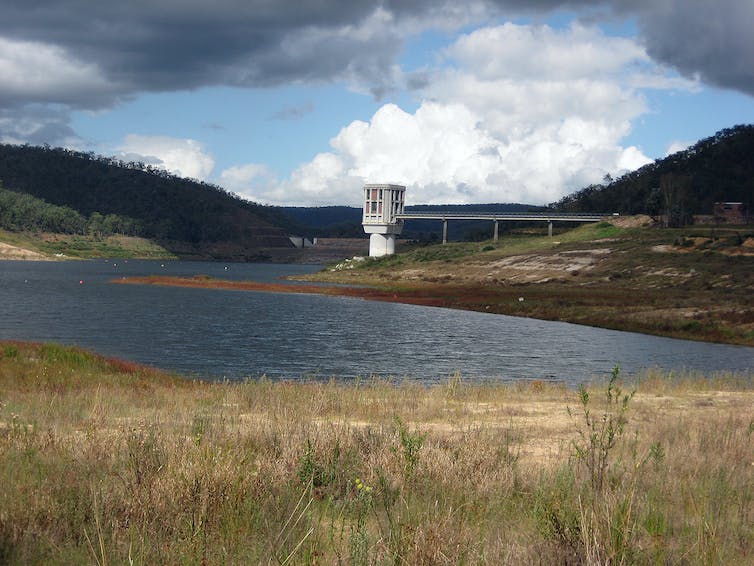 Toowoomba residents voted against recycled water at the height of the Millennium Drought, a reminder of the critical role of politics in urban resilience. Allan Henderson/Flickr, CC BY

Why it is hard to create truly resilient cities

Urban resilience has recently become a topic for strategic planning and policy. However, many local governments are struggling to implement the necessary changes. The reasons include:

Some definitions interpret resilience as building back exactly what was lost. Others suggest it requires adjusting or even completely transforming urban systems.

Consider what these two approaches mean when planning for urban floods, for example. One way uses a reactive approach to focus on repairing buildings and infrastructure. Or we can proactively transform all elements of urban systems to shift from “fighting water” to “living with water”.

Read more: Design for flooding: how cities can make room for water

We argue this second proactive approach to resilience is better. So how do we achieve this transformation?

The 6 dimensions of urban resilience

Transformative resilience requires decision-makers to take an integrative, innovative and long-term view. They need to consider all the elements of urban systems at once.

In all resilience and adaptation efforts, planners and communities should consider these six dimensions at the same time. Failure to do so can mean resources and time are wasted without achieving the necessary results.

Infrastructural resilience is the capacity of engineering systems such as pipelines, energy networks and power grids to avoid or resist the impacts of disruptions. Our research on adaptation strategies for sea-level rise shows cities globally rely heavily on engineering structures to manage the impacts of coastal flooding and sea-level rise in already developed low-lying areas. The Gold Coast’s seawall is an example.

Ecological resilience is the ability of a city to use ecological systems to resist and accommodate the impacts of disturbances. Retaining mangroves and green space, for example, can reduce flood risks. Political and economic pressures to develop land and clear mangroves run counter to this approach. 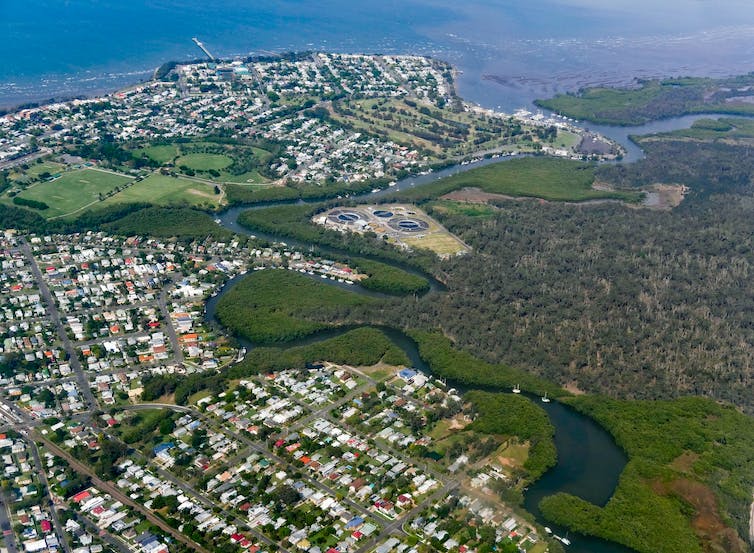 Cities that preserve areas of mangroves can reduce their flood risks. Ecopix/Shutterstock

Economic resilience includes strategies that allow individuals and communities to recover from the loss and damage caused by a disruption. Climate-related disasters have big financial impacts due to damage to homes, businesses, community facilities and infrastructure. Increasing resilience is expensive, however, and financial institutions’ investment and insurance decisions are critical in determining the patterns of development.

Institutional resilience focuses on the capacity of government and non-government organisations to support preparation, response and recovery efforts. Unfortunately, at least in the Australian context, our research shows state and national institutions and policies have not provided a clear and consistent direction for local governments.

Social resilience is the ability of the community and its networks to accommodate and recover from disturbances. This depends on effective, meaningful and timely community engagement. Residents are then empowered to build their own resilience. An informed and active community can also drive political change, which is a crucial element of transformation.

Political resilience deals with the capacity of the political system, and the commitment of key policymakers, to drive transformational change. A positive example is the leadership of the Lockyer Valley Regional Council in relocating and rebuilding the town of Grantham after the 2011 floods. A negative example is the decision by the Queensland Newman government (2012-15) to stop local councils taking sea-level rise into account in their local plans. 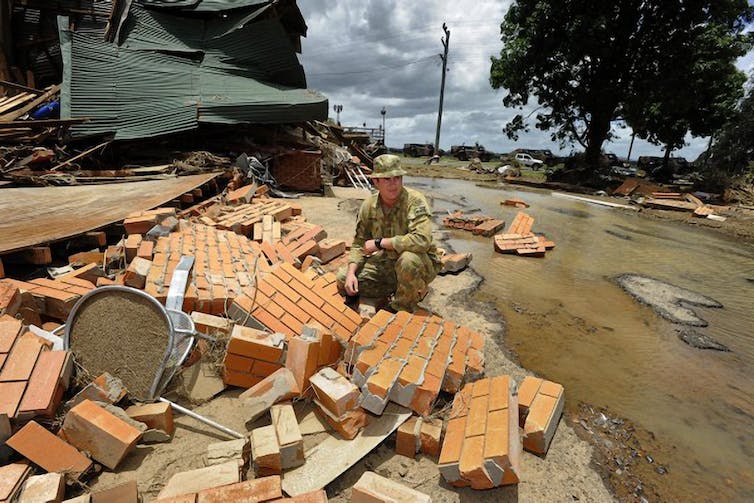 After the devastating floods of 2011, the town of Grantham was rebuilt on higher ground. Australian Department of Defence/Flickr, CC BY-NC-ND

Read more: You can't talk about disaster risk reduction without talking about inequality

The politics can be the biggest challenge

Of all the six dimensions of urban resilience, the political one often proves to be the most problematic when trying to develop and implement climate change policies or plans. A good example is Toowoomba residents’ rejection of recycled water during the Millennium Drought. It is not enough to have the best technical and economic responses; you need to be able to navigate the hazards of highly partisan and often irrational politics.

A bipartisan approach to climate change adaptation would go some way to overcoming the major reversals that we have seen in both adaptation and mitigation policies. Is this asking too much of our political leaders? The united response to the coronavirus pandemic, with co-operation bridging party-political divides and federal-state rivalries, suggests it is not completely beyond the realms of possibility.

This article is part of a series The Conversation is running on the nexus between disaster, disadvantage and resilience. You can read the rest of the series here.