Citizen science is ripe with benefits. Programs can involve hundreds, sometimes thousands, of volunteers who collect reliable, long-term and geographically widespread data. These people donate their time for a cause (or just for fun).

For biodiversity conservation, these kinds of data are invaluable to enable important large-scale projects, from assessing wildlife recovery after bushfires to shedding light on how warming oceans threaten fish.

But we’ve found the benefits of citizen science extend well beyond data collection.

In a new research paper, we show how our environmental citizen science program TurtleSAT is not only an important source of knowledge and skill development, but also influences participants’ attitudes and behaviours towards the environment.

TurtleSAT has so far engaged more than 1,600 volunteers who collect observations of freshwater turtles. Almost 10,000 sightings have been registered since it launched in 2014. The data will ultimately help turtle conservation and management across the country. 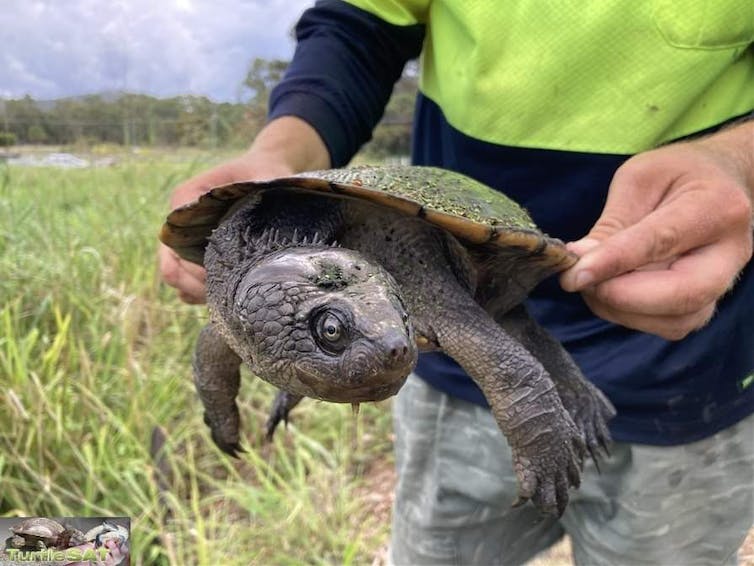 A large freshwater turtle in Queensland. Citizen scientists throughout the country are learning to record turtle sightings and stopping turtles dying on roads or from predators. TurtleSAT

Turtles live in most freshwater habitats across mainland Australia, from wetlands to rivers, and are a vital component of the ecosystem. For example, in previous research, we revealed turtle scavenging can remove fish carcasses from the water five times faster than natural decomposition, dramatically improving water quality.

But turtle numbers have been in steep decline since the 1970s, mainly due to fox predation, road collisions, diseases and poor water quality.

The benefits of the TurtleSAT app to scientists have been clear from the start. Most recorded turtle sightings (alive and dead) have involved turtles crossing roads and nests that are either intact or have been destroyed by foxes.

This has allowed researchers and communities to identify road death and nesting hotspots — and then do something about it.

However, the benefits to participants were less clear. So, we surveyed them to gauge any changes in behaviour or attitudes since they got involved.

Of the 148 participants who responded, most (70%) said they’ve learned more about turtles and feel like they’re helping them by participating. After one of our school workshops, for example, a parent told us she didn’t know turtles could live outside the ocean until her daughter began participating in TurtleSAT. 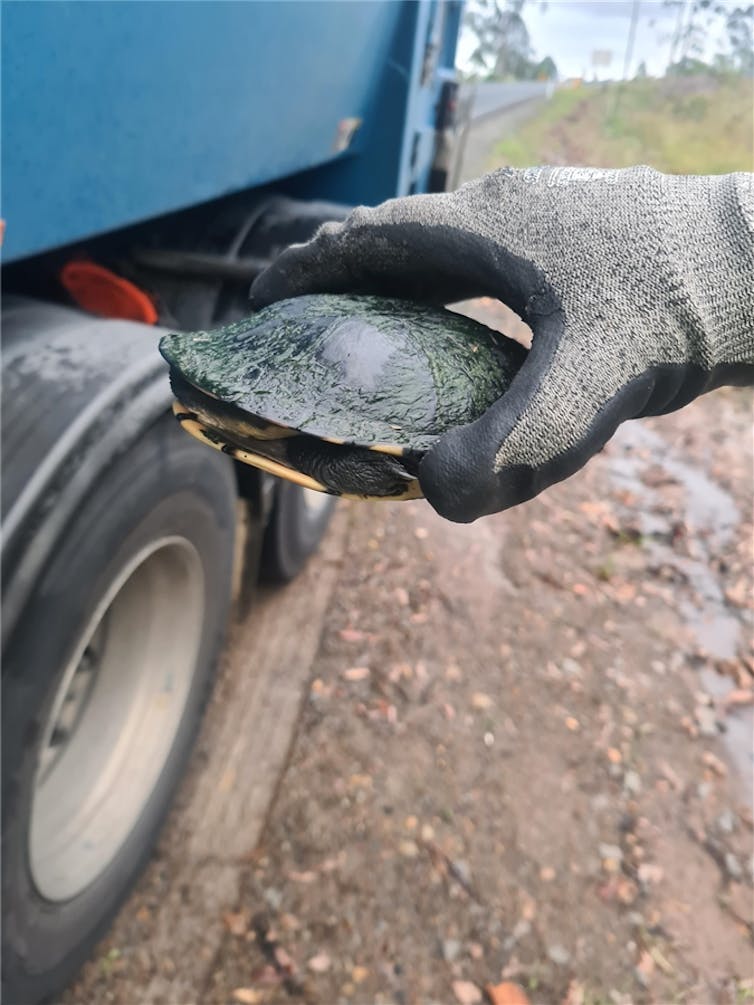 A citizen scientist removing a freshwater turtle from a road in Victoria. TurtleSAT users are trained to safely remove turtles from roads before they’re hit. TurtleSAT

Importantly, 70% of respondents said participating in the program made them more worried about turtles than they were before.

These findings show how a mostly self-directed project can provide benefits to citizen scientists, while also providing a platform for them to contribute to the conservation of animals they love.

Citizen science programs link the fields of science and the humanities to create an educated and informed public that knows how to solve problems and, most importantly, care enough to do so.

One reason many people aren’t motivated to address climate change and other global issues is the effects are relatively distant from their day-to-day living.

Most people aren’t forced to confront the specifics of climate change (such as extreme weather disasters) in their everyday lives, and so can treat it as an abstract concept. Simply put, this doesn’t motivate people to act. 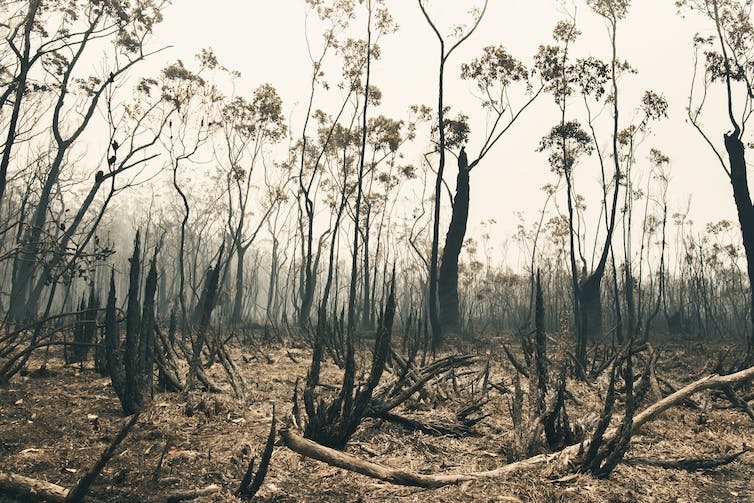 Major weather events such as bushfires often occur away from populated areas, and so can feel like a distant issue to many people. Shutterstock

Citizen science programs, however, can show how climate change does actually affect participants. They become equipped with the information and tools to make significant positive changes to their local area and, most importantly, see direct outcomes.

For example, when citizen scientists spot migratory birds in their neighbourhood, it can help researchers develop long-term databases to evaluate whether changes in migration timing can be attributed to average spring temperature changes.

Likewise, we’re monitoring the timing of turtle nesting with TurtleSAT, as many turtles in eastern Australia are cued to nest in late spring. Similar research found Loggerhead sea turtles were nesting earlier due to warmer ocean temperatures.

This knowledge wouldn’t have been possible without long-term citizen science data. 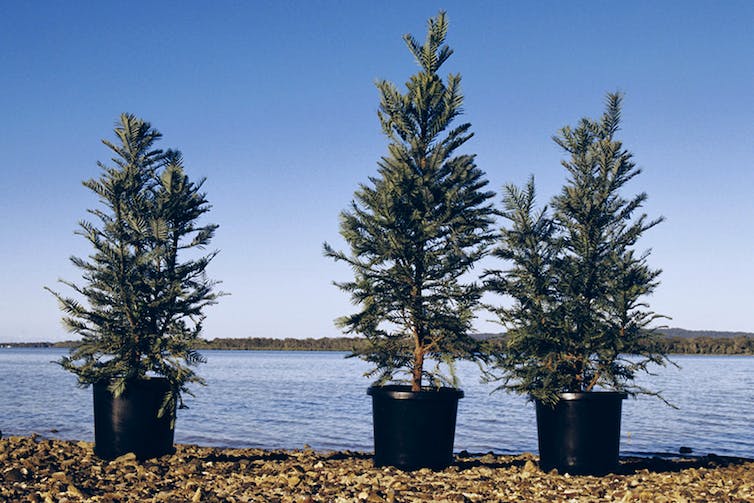 A citizen science project tracks cultivated Wollemi pine growing in gardens and parks all around the world, to help save the few left in the wild. AP Photo/Wollemi Pines International, Jason Loucas, HO

The I Spy a Wollemi Pine survey, for example, encourages people from all around the world to log sightings of Wollemi pine. These trees are cultivated in many countries, but fewer than 1,000 remain in the wild.

The simple act of paying attention to nearby trees means scientists can learn what environments the Wollemi pine can tolerate, and better protect it from extinction.

Read more: Backyard gardeners around the world are helping to save Australia's deeply ancient Wollemi pine

Joining in is easy

If you’re interested in joining a project, you can jump on board one that’s already established, or even develop your own for a common environmental issue in your local area. 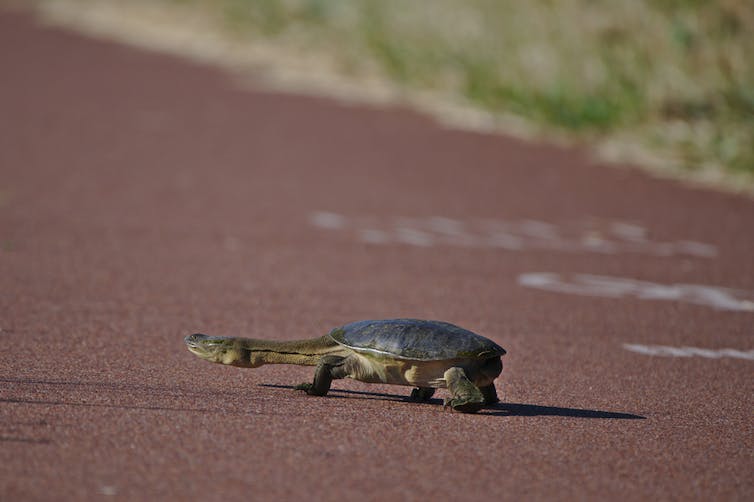 You can search for citizen science programs through the Australian Citizen Science Project Finder. To help you get started, check out:

Read more: Clicks, bonks and dripping taps: listen to the calls of 6 frogs out and about this summer