What are the biggest domestic news stories you remember from the last few years?

Apart from all the natural disasters, I think of stories about George Pell, the coverage that led to the Banking Royal Commission, the SAS in Afghanistan and because I am a law nerd, the reporting on former High Court Justice Dyson Heydon.

Many of these stories are the product of investigative journalism. This is not the sort of “journalism” you see in a tabloid rag or a late-night rant on Sky News. It is the type of high-quality journalism that takes time and patience.

According to the United Nations, investigative journalism is:

the unveiling of matters that are concealed either deliberately by someone in a position of power, or accidentally, behind a chaotic mass of facts and circumstances — and the analysis and exposure of all relevant facts to the public.

Investigative journalism is not about making friends

In many cases, investigative journalism means calling out wrongdoing. Predictably, those on the receiving end of journalists’ investigations may not like it.

For example, last November, the ABC’s Four Corners aired “Inside the Canberra bubble”. 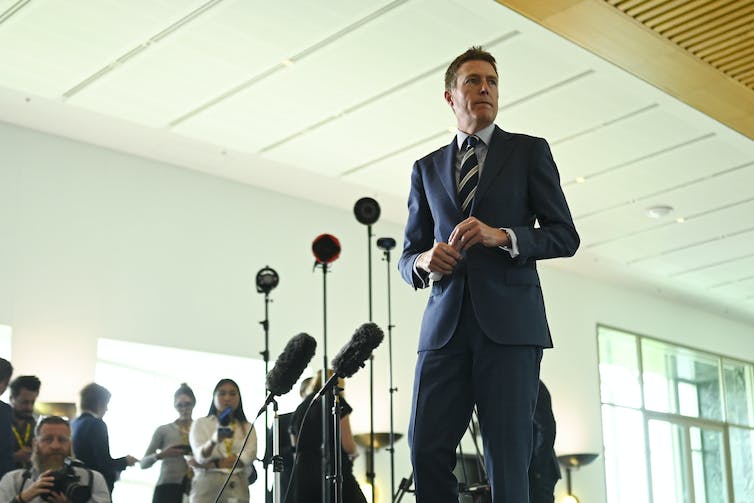 Attorney-General Christian Porter was the subject of a Four Corners’ investigation in 2020. Lukas Coch/AAP

given the defamatory nature of many of the claims made in [the] program, I will be considering legal options.

One of those options is to sue the ABC, and the journalists behind the story, in defamation.

Another powerful man who was on the receiving end of a Four Corners story is Chau Chak Wing.

In 2017, Four Corners reported on the dealings of the Chinese-Australian businessman and philanthropist.

Over the years, Chau has donated huge sums of money to various charitable causes and political parties in Australia.

The “Power and Influence” program implied Chau had used his power to pursue China’s interests in Australia in an improper way. 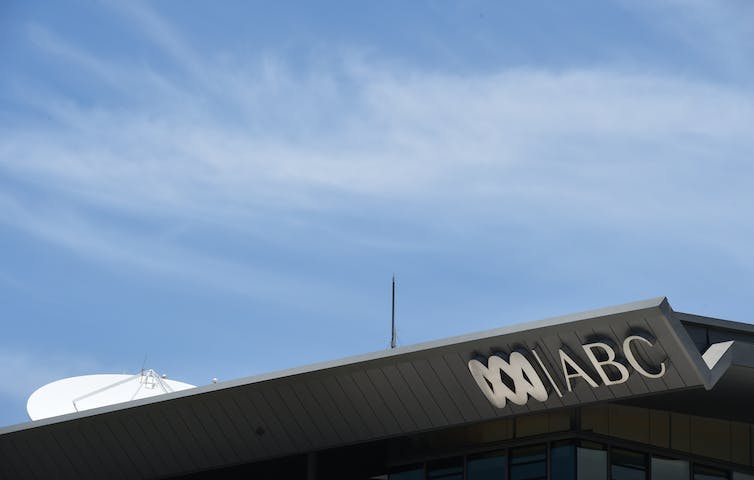 The story was a culmination of a joint investigation by the ABC and Fairfax (now owned by Nine), and involved investigative journalist Nick McKenzie, among others.

Chau sued the ABC, Fairfax and McKenzie in defamation. Earlier this week, he had a big win, with the Federal Court awarding him $A590,000 in damages.

Justice Steven Rares decided the program conveyed the idea Chau had knowingly bribed a United Nations official, and was a member of the Chinese Communist Party, among other things. The allegations in the program were “seriously defamatory”, justifying a large damages award.

Media and free speech advocates did not like this decision.

For example, after the judgment was released, Liberal MP Tim Wilson used the legal shield of parliamentary privilege to table FBI documents relating to the allegations considered in the defamation case.

These documents were not public before the case was handed down. However, in my opinion, if the documents were publicly available a few years ago, and if they were admissible in Chau’s defamation action, they may have changed some of the court’s findings on the defendants’ liability.

That is because the documents are relevant to the allegation Chau had paid money to the UN official, John Ashe.

But, as Justice Rares explained in 2018, material covered by parliamentary privilege - including documents tabled in parliament - can’t be used in this way. The Parliamentary Privileges Act provides you can’t use these sorts of documents in a court proceeding to establish the credibility of a person, like a journalist.

Chau has never been charged with any criminal offence and there is no suggestion by The Conversation or the author that he has engaged in any criminal conduct.

It is. Australia’s uniform defamation laws have a “defence of justification”, which means you are not liable if you can prove the substantial truth of what you have said.

In the Chau case, the Federal Court decided in 2018 the media defendants couldn’t rely on justification. The defendants appealed, and lost. The reasons were technical, but to summarise: the defendants could not show they could prove the facts to justify the program.

At one stage of the proceedings, the media defendants relied on a defence called “qualified privilege”. This is like a public interest defence, which might help in cases where you report something defamatory out of some duty.

The media defendants abandoned their qualified privilege defence in 2020. The defence requires the conduct of the defendant was “reasonable in the circumstances” — they may have been worried the judge would not have thought they were reasonable.

Chau’s case highlights the difficult situation facing Australian investigative journalists. They want to uncover dirt, but in doing so expose themselves to significant litigation risk. And if they get it wrong, that risk can come back to bite them.

Read more: Australia's 'outdated' defamation laws are changing - but there's no 'revolution' yet

Journalists need to have the facts to support not just what they say explicitly, but what their work implies. This requires a lot of work and time, and is not helped by the significant job losses in the media industry. Reporters’ time is precious. But so are reputations.

A new defence will make journalists’ lives easier. In 2020, the states and territories agreed to reform the uniform defamation laws. Although the agreed amendments are not yet in force, they should be in 2021.

The changes include a new defence of “publication of matter concerning an issue of public interest”.

This defence will allow the media to rely more heavily on editorial judgement in publishing their investigative work. The defendant will not be liable if they “reasonably believed that the publication of the matter was in the public interest”.

Would this have made a difference in the Chau case? Perhaps.

But even once this new law is in force, journalists will still need to tread carefully. As long as they are speaking truth to power, investigative journalism will remain a risky business.