The Taiwanese fleet, which operates in all reaches of the globe, is alone estimated to have around 100,000 foreign fishers in its crew, mainly from Indonesia, the Philippines and Cambodia.

These fishing vessels mainly catch tuna, marlin and swordfish, but they have also been found to catch threatened species, including sharks, dolphins, turtles, whales and seabirds. Much of the catch is sold fresh to markets in Asia, but is also processed in countries like Thailand and exported beyond Asia, including to Australia. 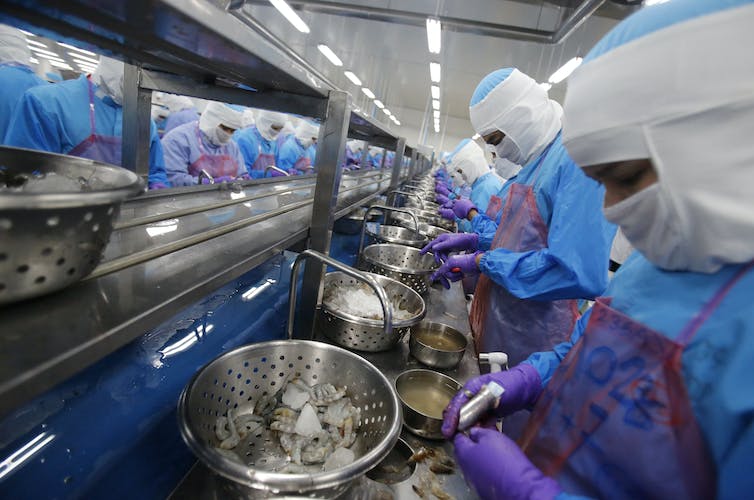 Workers peeling shrimp at a factory in Thailand. Sakchai Lalit/AP

The conditions on many of these vessels are shocking. The fishers are often expected to work up to 20 hours a day, seven days a week, leaving little time for adequate rest.

Food is often in poor supply, expired or rotting, and a one-litre ration of drinking water must be shared among three men. Injuries, illness and physical and sexual violence are commonplace. The number of deaths on these ships is increasingly drawing attention from the international community.

As part of our research on human trafficking and slavery in distant waters fisheries, we interviewed 25 Indonesian boys and men working on these ships over the past year, and another 48 Cambodian and Filipino men from 2015–19.

One thing the men emphasised was how they were promised salaries of around AU$300–600 per month, only to later discover the wages were not paid to their families back home. Instead, massive deductions, fines and fraudulent contracts kept them in a state of constant debt. 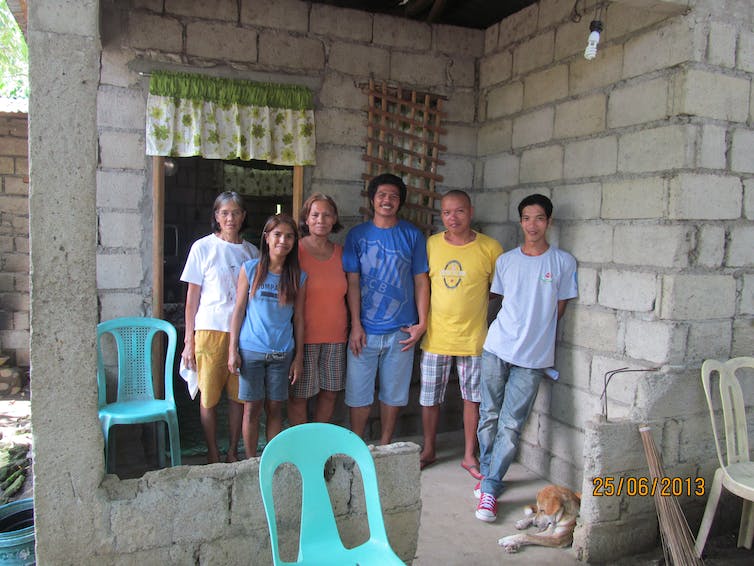 Three Filipino fishermen interviewed by the authors, all of whom were victims of trafficking. They were never offered the opportunity to take legal action or claim compensation. Author provided, Author provided

Our interviews with victims confirm all three elements are very clearly present. So, why then is it so difficult to address this problem?

One reason is the main responses to seafood slavery have centred on trying to improve supply chain transparency rather than focusing on justice itself, such as securing compensation for the fishers, supporting them through the legal process and effectively criminalising traffickers.

Read more: Fact check: How many people are enslaved in the world today?

In Australia, the focus on supply chains has meant tracing the seafood we import to ensure there has been no forced labour or human trafficking.

Ensuring supply chain transparency is an important part of Australia’s 2018 Modern Slavery Act. Non-government organisations, such as Be Slavery Free, are also advocating for a uniform labelling system for all imported seafood.

While this is important, the focus on supply chains does not offer a complete solution to the problem.

Between 2015–20, we reviewed three legal cases of human trafficking in Indonesia, Cambodia and the Philippines involving Taiwanese-owned vessels. We also interviewed dozens of victims who were witnesses or plaintiffs in the cases. Our initial findings suggest much more can be done to protect trafficked fishers and provide them with access to justice.

One of the problems with the current justice response in many countries is it focuses on criminalising traffickers, while the victims are not always able to pursue civil claims.

Read more: How to keep slave-caught seafood off your plate

In the Philippines case, for instance, the victims were not offered the opportunity to make a civil claim, and their involvement in the case against their traffickers was limited to giving evidence as witnesses.

Even in this capacity, there was not much support for them. They had to travel to the trial at their own expense and were not allowed to leave the Philippines until it ended, more than two years later. For the men, the legal proceedings actually worsened their financial insecurity.

As one of the Filipino victim witnesses lamented,

I should never have agreed to be a witness in this case. I have no job or income since coming back from the boat, but the [prosecutor] doesn’t care about that at all, only that I show up to give the testimony when he calls. 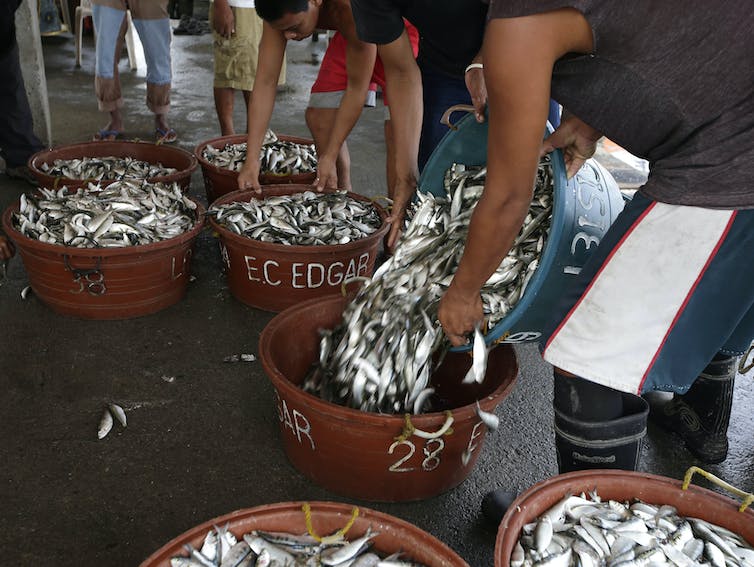 Unloading fish at a port in the southern Philippines. Bullit Marquez/AP

No compensation or restitution for the men

In the Cambodian case we reviewed, four Taiwanese traffickers were convicted of human trafficking and one was subsequently jailed. The other three remain at large.

But it has now been seven years since the conviction and the fishers have still not received the US$2,500 or so they were each awarded by the court. Without the money to start a small business or pay off debts, many had no choice but to try their luck on fishing vessels again.

In the Indonesian case, the victims received restitution of US$1,850 each, but this was a fraction of the US$9,200–11,000 they had sought to cover three years of unpaid salaries. One of the victims told us,

we decided to take it instead of getting nothing at all.

Even in terms of punishing traffickers, the criminal cases have not acted as a significant deterrent to others.

In the Philippines case, for example, only two low-level recruiters were convicted. The owners of the labour recruitment agency in Singapore were not investigated and remain in business.

The Taiwanese captain of the vessel was also never prosecuted, even though there were serious allegations of physical abuse and the suspicious death of one Filipino fisher.

In the Indonesian case, the owners of just one of the two manning agencies were convicted. The investigation of the second agency was halted because it claimed to be no longer operational.

What can Australia do differently

In December, the Australian government released its National Plan of Action to Combat Modern Slavery, which outlines key initiatives over the next five years to respond to slavery, both in Australia and the Indo-Pacific region.

It is heartening to see a significant focus on justice in this plan. We suggest a few additional steps the government should take:

Read more: Fishing industry must do more to tackle human rights abuses – here's where to start

To date, justice that ensures the resilience of victims and reduces their vulnerability to re-trafficking has either not been effective or pursued at all. We need to recognise justice is largely about financial compensation and ensuring the enforcement of fishers’ labour and employment rights.

As one of the Indonesian fishers reflected,

Nothing good has come out of this case. Now I must go again to try my luck working in Thailand. What other option is there?