In July 1921, a French infant became the first person to receive an experimental vaccine against tuberculosis (TB), after the mother had died from the disease. The vaccine, known as Bacille Calmette-Guérin (BCG), is the same one still used today.

This first dose of BCG was the culmination of 13 years of research and development.

BCG remains the only licensed vaccine against TB and 2021 marks its 100th anniversary.

Today, all eyes are on the rollout of the COVID-19 vaccine. But while the number of people who died from COVID-19 in the last year is shocking, TB kills about the same number of people — about 1.5-2 million — each year, and has done so for many decades.

In fact, it’s estimated that over the last 200 years, more than 1 billion people have died from TB, far more than from any other infectious disease.

Read more: COVID-19 isn't the only infectious disease scientists are trying to find a vaccine for. Here are 3 others 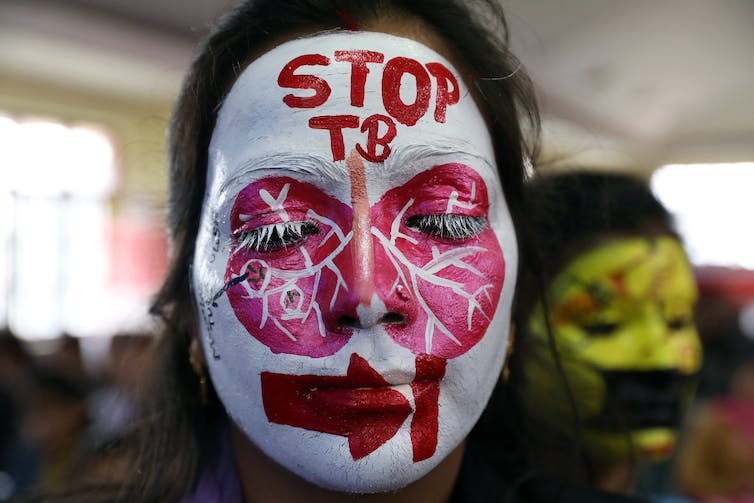 Over the last 200 years, an estimated 1 billion people have died from TB. SANJAY BAID/AAP

If we have a vaccine, why do so many people still die from TB?

Tuberculosis is caused by the bacterium Mycobacterium tuberculosis. It’s transmitted when a person with active TB coughs up aerosol droplets, which are then inhaled by someone else.

There are about 10 million cases of active TB annually, and it’s estimated up to 2 billion people are what’s known as “latently infected”. That means they are not sick and do not transmit the disease, but in about 10% of these people the disease reactivates.

In most TB endemic regions of the world, BCG is given to infants shortly after birth. The vaccination prevents childhood versions of TB and saves thousands of children’s lives annually.

However, the efficacy of BCG wanes over time. In other words, it stops working. Protection against TB is often lost by adolescence or early adulthood.

Importantly, BCG doesn’t prevent active lung TB in adults, the most important driver of ongoing transmission and cause of death.

The World Health Organization has a goal of TB elimination. To do that, we need to find a TB vaccine that also works in adults. 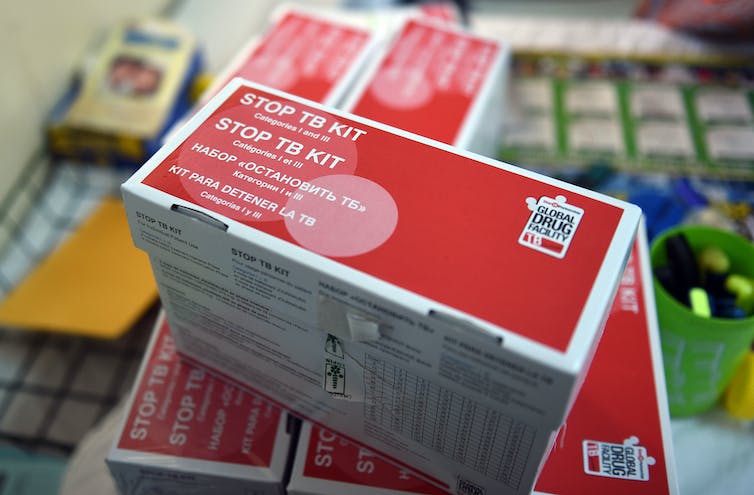 Why hasn’t BCG been replaced with a more effective TB vaccine?

Over the last decades only about 15 new TB vaccine candidates have entered clinical trials (versus 63 for COVID-19 in one year).

Worryingly, many of the most advanced TB vaccine candidates work no better than BCG.

Because the current TB vaccine candidate pipeline is relatively small, these setbacks and trial “failures” mean BCG may remain the gold standard for many years to come.

Despite being 100 years old, exactly how BCG vaccine works is largely unknown. It’s unclear why BCG usually only confers protection against childhood versions of TB or why protection wanes in adolescence.

Given those uncertainties, we can count ourselves lucky the bureaucratic hurdles for vaccine development were significantly lower in the 1920s.

If BCG were developed today, it would probably never be used; the current complex regulatory framework for vaccine development and licensing would likely not allow the use of a vaccine for which nothing or little is known about how it works.

The reasons BCG hasn’t been replaced with a more effective TB vaccine include:

The pace of COVID-19 vaccine development shows what’s possible when the political will, pharmaceutical interest and funding is there.

While TB is no longer widespread in Australia, it is an issue in remote Indigenous communities.

Papua New Guinea, Australia’s closest neighbour, has high rates of multi-drug resistant TB and low BCG coverage rates. TB has been introduced into Australia via the Torres Strait, with a high proportion of cross-border diagnoses in North Queensland and over-representation of Indigenous children. 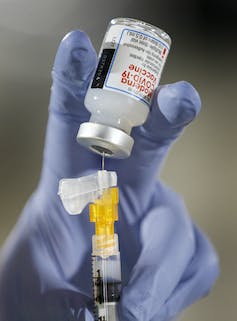 The pace of COVID-19 vaccine development shows what’s possible when the will is there. Kristyna Wentz-Graff/AP

Now is the time to put financial and political will into finding a more effective TB vaccine.

2020 taught us pathogens can cause enormous harm to societies and economies. Investment into infectious disease research and vaccine development represents a fraction of the economic cost of a pandemic.

Tuberculosis is a global threat and a public health concern on a scale similar to COVID-19. The development of a new and effective TB vaccine is crucial if TB is to be significantly reduced, let alone eradicated.

Although the anniversary of BCG is cause for celebration, it should also serve as a reminder more needs to be done to combat this deadly disease.

Read more: Just as in coronavirus, young people are key to stopping tuberculosis