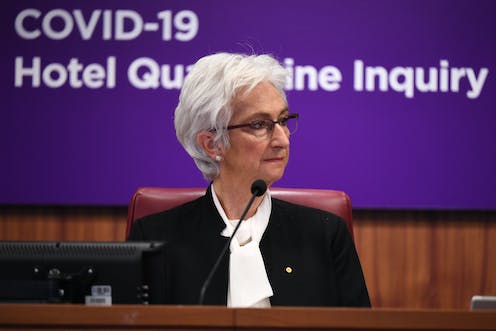 The final report of the COVID-19 Hotel Quarantine Inquiry, issued by former judge Jennifer Coate, outlines monumental errors made by the Victorian government and its public servants.

Despite this, the governmental failings that led to a second wave of the pandemic, resulting in 800 deaths, are likely to be politically irrelevant.

The final report of the COVID-19 Hotel Quarantine Inquiry, issued by former judge Jennifer Coate, outlines monumental errors made by the Victorian government and its public servants.

Despite this, the governmental failings that led to a second wave of the pandemic, resulting in 800 deaths, are likely to be politically irrelevant.

The clever strategy by Premier Daniel Andrews to defer analysis of these missteps until the virus had been suppressed makes the findings largely academic and historical. 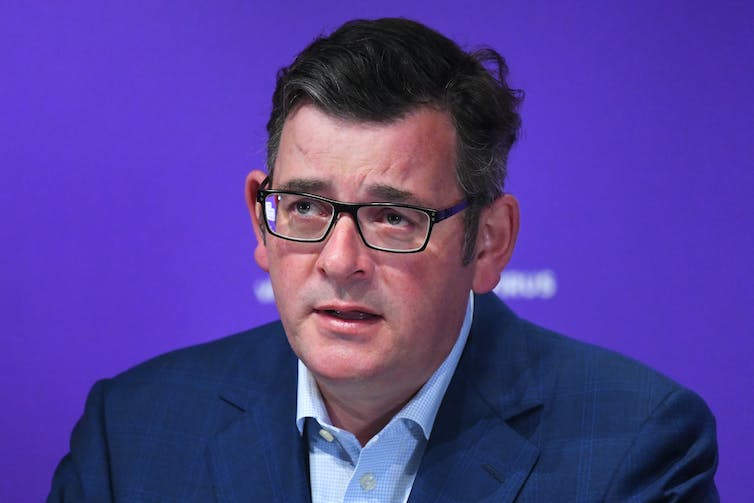 Program based on ‘assumptions’, not clear decision-making

The report also contains no real surprises — it’s just a confirmation of the muddled and incomprehensible decision-making approach we already knew about.

Victoria’s hotel quarantine program was established over the weekend of March 28–29. At this point, it was known COVID-19 was highly contagious and presented the gravest public health risk to Australians in a century.

Instead of using professional and trained staff to manage the risk, the Victorian government used contract security staff, many of whom were largely oblivious to appropriate protocols for dealing with the 21,821 returned travellers who went through the program, according to the report.

Just 236 people tested positive for COVID in quarantine, but despite this low number, containment breaches caused the virus to spread to the wider community in May and June.

Much of the focus of the inquiry was on who was responsible for appointing untrained workers to deal with the most serious public health threat confronting Victorians in living memory.

The most compelling theme of the final report is the ruthless incompetence of the Andrews government and its agencies to put in place coherent systems and protocols to deal with such an enormous risk.

Perhaps most significantly, the report says decisions relating to the program were made at the wrong level — absent scrutiny by ministers or senior public servants. Instead, decisions were made by people

without any clear understanding of the role of security in the broader hotel quarantine program [who] had no expertise in security issues or infection prevention and control. They had no access to advice from those who had been party to the decision to use security and had limited visibility over the services being performed.

Competent institutions deal with complex problems by following several key principles. Within governments, the scope of each person’s responsibility is carefully defined and there should be meticulous attention to detail when it comes to implementing crucial decisions such as this.

The Victorian government failed abysmally on both of these measures. 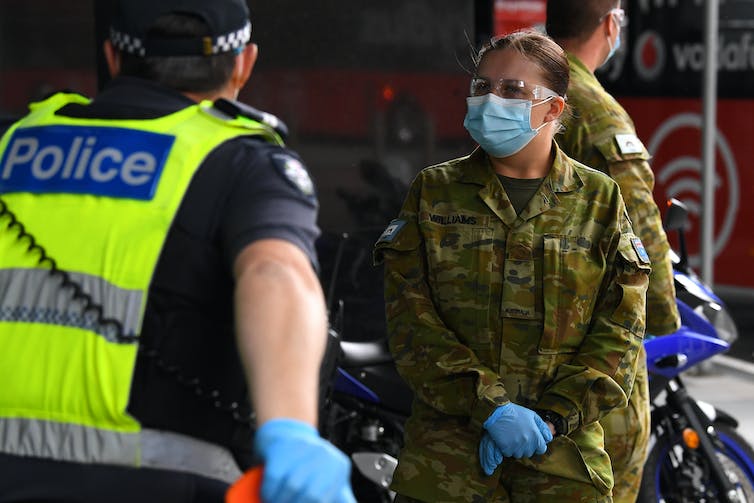 The report said ‘no actual consideration’ was given to using ADF personnel instead of security guards at the start of the program. James Ross/AAP

It beggars belief, for example, for highly-paid public servants to tell the inquiry that decisions in the hotel quarantine program were actually not made, but instead were creeping “assumptions”.

Even more disturbing is that it might actually be true, in which case the Victorian government system is fundamentally broken. Certainly, there is nothing in the report to contradict this position. The report noted the decision to appoint private security guards was

made without proper analysis or even a clear articulation that it was being made at all. On its face, this was at odds with any normal application of the principles of the Westminster system of responsible government.

That a decision of such significance for a government program, which ultimately involved the expenditure of tens of millions of dollars and the employment of thousands of people, had neither a responsible minister nor a transparent rationale for why that course was adopted, plainly does not seem to accord with those principles.

Why was the program allowed to continue?

If such errors or negligence happened in other government programs, the problem might be fixed by throwing more taxpayer money at it.

COVID was different. It was not a rail overpass or cultural event. It was a public health issue, which could only be managed through intelligent design and thorough implementation.

Of course, Victoria is now COVID-free, and the Andrews government will point to this as evidence of the success of its response.

The realty is different. Effectively barricading millions of residents at home for three months was a sure-fire way to suppress the virus. But the fact Victoria alone was the only jurisdiction in Australia that had to resort to this extreme measure is the reference point against which the actions of the Victorian government should be evaluated.

Read more: Victoria’s hotel quarantine overhaul is a step in the right direction, but issues remain

A telling aspect of the report is what it failed to address. The inquiry (and the media) had a near-obsessive focus on who was responsible for appointing private security guards in the first place.

What hasn’t received as much scrutiny is the more pressing issue of why the government continued with this arrangement despite clear questions from the onset as to whether it was a viable approach.

It also continued using security guards for a month after ministers were first made aware of a guard testing positive at the Rydges Hotel in Carlton.

This decision to continue with a failed system is arguably far more ethically and legally problematic than how the program was set up in the first place, especially since this was an unprecedented health threat.

The Victorian government’s failure to speedily unwind the security guard quarantine program is the legal equivalent of not repairing a crater-sized hole on a busy road for many weeks: utterly reprehensible. 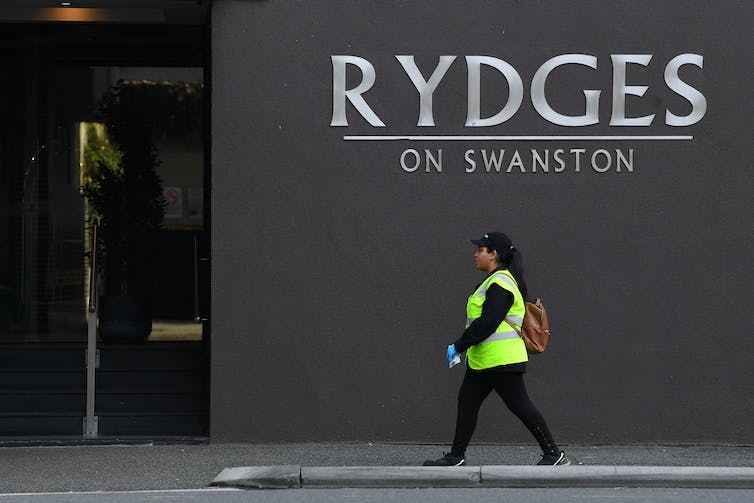 Rydges Hotel, one of the sources of Melbourne’s coronavirus outbreaks. James Ross/AAP

Perhaps that most important message to emerge from the inquiry is that Andrews is the shrewdest politician in Australia.

In the midst of one of longest and harshest lockdowns on the planet, his decision to launch the inquiry allowed him to deflect any questions regarding his responsibility for the second wave.

The timing of the report — well after the second wave has passed — has also lessened any political damage his government is likely to experience from the failures of the program.

Read more: Melbourne's hotel quarantine bungle is disappointing but not surprising. It was overseen by a flawed security industry

The disappointment and anger that many Victorians were experiencing at the height of the lockdown is now a distant memory as people are focusing on their Christmas plans in a COVID-free environment.

Against this context, the criticisms in the report are unlikely to get much traction. Rather, they will likely just become background noise as attention focuses on the new outbreak in NSW — and who is to blame for this latest quarantine failure.