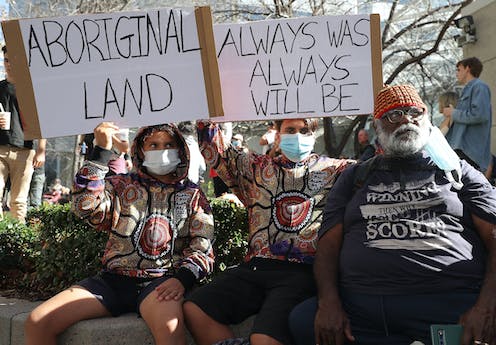 On the eve of Reconciliation Week this year, news broke that Rio Tinto had destroyed ancient rock shelters at Juukan Gorge in Western Australia to expand one of its 16 iron ore mines in the Pilbara.

The public was appalled to learn that a mining company could legally destroy such sacred Aboriginal heritage. Rio Tinto mishandled...

On the eve of Reconciliation Week this year, news broke that Rio Tinto had destroyed ancient rock shelters at Juukan Gorge in Western Australia to expand one of its 16 iron ore mines in the Pilbara.

The public was appalled to learn that a mining company could legally destroy such sacred Aboriginal heritage. Rio Tinto mishandled its response, and a national and international outcry prompted a parliamentary inquiry.

The inquiry lifts the lid on a deeply flawed regulatory system. While the report is scathing of Rio Tinto, it concludes that the issues “are not unique” to the company.

Flaws in WA law and the native title system

The report details significant deficiencies in WA’s outdated Aboriginal Heritage Act, passed in 1972. By excluding Aboriginal peoples from decisions about land development, the law undermines their right to manage their cultural heritage.

Read more: How Rio Tinto can ensure its Aboriginal heritage review is transparent and independent

The report recognises progress made on public consultation of a draft bill that would remove Section 18 of the act, which allows developers to apply for consent to legally damage or destroy Aboriginal sites.

The committee recommends any new legislation ensure Aboriginal people have meaningful involvement in and control over heritage decision-making, in line with the internationally recognised principles of free, prior and informed consent.

The interim report recommends placing a moratorium on any new Section 18 applications until new legislation is passed. It also encourages companies with existing permissions not to proceed with the destruction of heritage sites, but to have them assessed under the new legislation.

The findings highlight shortcomings in federal law and recommends major improvements in the statutory protection for Indigenous groups seeking to protect their significant sites. 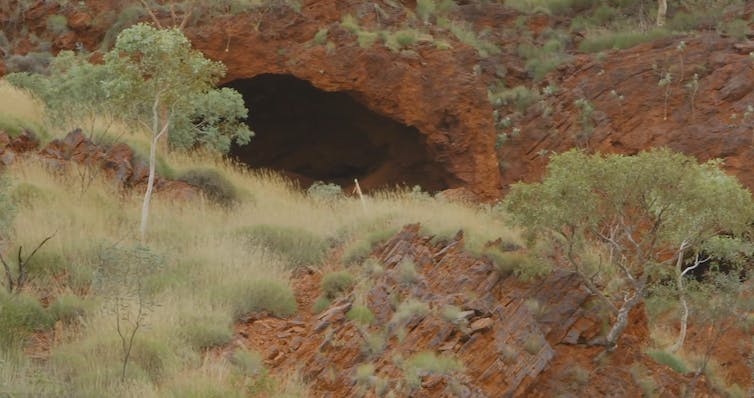 The 46,000-year-old Juukan Gorge rock shelters in Western Australia, before they were destroyed. PKKP AND PKKP ABORIGINAL CORPORATION

The report calls for the removal of the so-called “gag clauses” in land use agreements, which prevent Aboriginal peoples from speaking out against developers.

In a public hearing, the traditional owners of Juukan Gorge, the Puutu Kunti Kurrama and Pinikura peoples, explained how their agreement with Rio Tinto prevented them from objecting to the company’s Section 18 application, or seeking an emergency injunction under federal heritage legislation.

The report recommends all companies operating in WA undertake an independent review of their land use agreements, in line with calls from investors in mining companies.

The deep flaws in Australian’s native title system are described in the report as “another means to destroy Indigenous heritage”. These flaws are so alarming that Labor Senator Patrick Dodson, a committee member and senior Aboriginal leader, had earlier called for a royal commission.

Australia’s current regulatory system approves mining developments on a project-by-project basis. The approvals process does not consider the cumulative impacts to cultural landscapes, such as Juukan Gorge, from multiple and expanding mines. The committee will likely hear more about these issues next year. 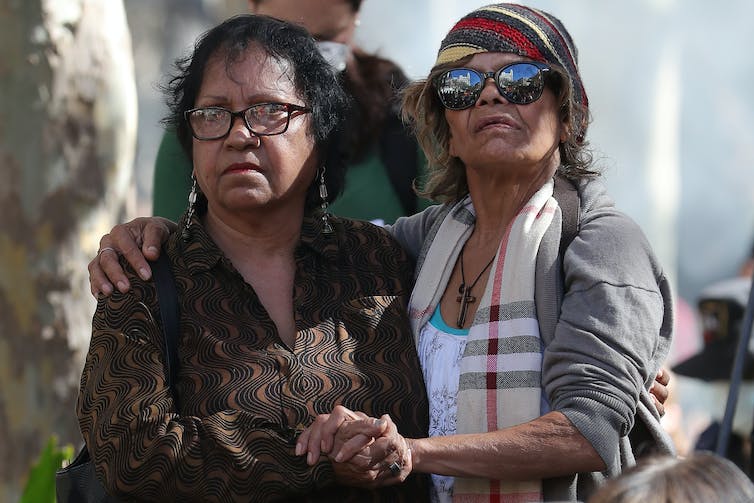 After the Juukan Gorge tragedy, Rio Tinto conducted an internal, board-led review of its heritage policies, but did not deliver meaningful recommendations on accountability and fell well short of stakeholder expectations.

The inquiry report concluded that Rio Tinto’s review did not fully grapple with the root causes of the Juukan Gorge debacle and its effects.

Rather than letting this slide, inquiry chair Warren Entsch and the rest of the committee doubled down on their interrogation of the company’s senior management. 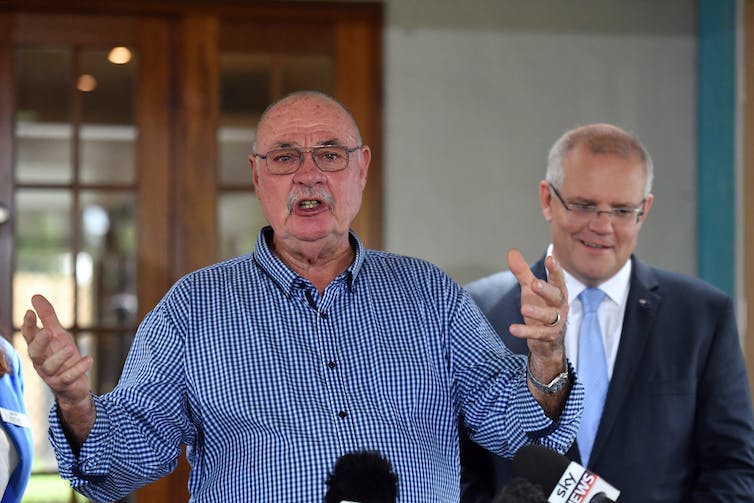 Committee chair Warren Entsch and the rest of the inquiry travelled to the Pilbara to meet with Traditional Owners and to see the damage to the site several weeks ago. MICK TSIKAS/AAP

Seeing that other mining companies had “taken advantage” of the weak regulatory system, the committee also pressed BHP and Fortescue Metals Group on their cultural heritage policies and practices. This unearthed information that was not included in the companies’ public submissions. Some of this information aligns with our research.

For example, many mining companies have not kept pace with their social policy commitments. Across the industry, community relations departments have seen sizeable reductions. Our research has flagged the risks associated with these issues, but most companies have failed to adequately respond.

In many mining companies, the work of community relations and Indigenous affairs units remains peripheral to mine planning and production processes.

Read more: Destruction of Juukan Gorge: we need to know the history of artefacts, but it is more important to keep them in place

Mining engineers, lawyers and media managers routinely overrule the advice of social specialists — including local experts and Indigenous advisers who work directly with communities on the ground.

It is entirely normal for company personnel with a limited understanding of customary land tenure to dominate decisions about land access and cultural heritage. This knowledge gap is a known point of failure in mine-community relations.

The inquiry process has revealed a deep reluctance within mining companies to thoroughly investigate major social incidents and the impacts of their operations.

We have learned that companies don’t share these findings with the public – unless forced to do so. The report rejects the idea that companies can “feign ignorance” in order to avoid accountability. 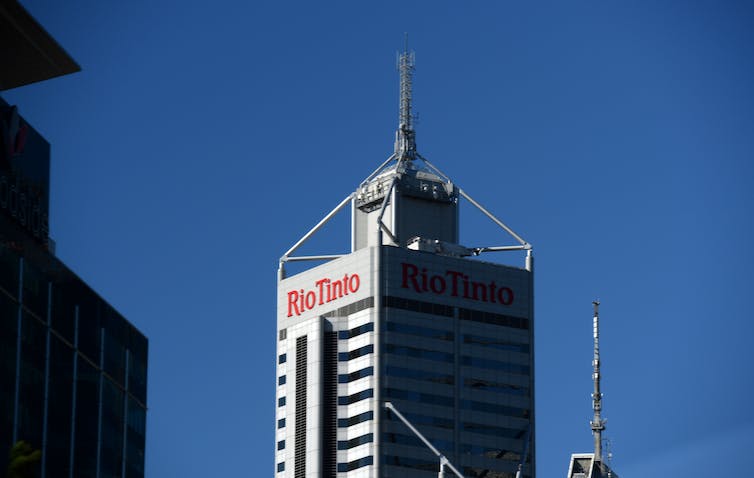 What are the prospects for change?

The inquiry has laid bare the overwhelming challenges faced by First Nations peoples when mining occurs on their land. It highlights the urgent need for a rebalancing of power to avoid mining production priorities dominating at the expense of all else.

The report confirms that legislative reform is crucial. But this can be painfully slow and notoriously piecemeal. For example, the industry has already pushed back on aspects of WA’s heritage law review. For Aboriginal groups, these and other proposed reforms do not go far enough.

Pressure may have to come from other places. The report strengthens investor demands for better corporate management of the impacts of mining on communities and cultural heritage. Shareholder and investor advocacy at annual general meetings is only likely to intensify.

Read more: Can a mining state be pro-heritage? Vital steps to avoid another Juukan Gorge

The inquiry’s findings will likely be leveraged internationally, as well. The Apache people in the US have already linked Juukan to their campaign to protect the sacred Oak Flat site in Arizona. This is where Resolution Copper, jointly owned by Rio Tinto and BHP, is proposing a new mine.

Having been put on notice, global mining companies are bolstering their communities and cultural heritage teams. But it is not enough to just increase head count. Social specialists and Indigenous people must hold positions of authority and have influence internally to contain corporate self-interest.

Mining companies like Rio Tinto must do better. To avoid future catastrophes, industry leaders must internalise the lessons from Juukan and radically overhaul the way they do business.

Authors: Deanna Kemp, Professor and Director, Centre for Social Responsibility in Mining, The University of Queensland