Few stories have rocked Victoria as much as the so-called “lawyer X” scandal, which revealed that high-profile criminal barrister Nicola Gobbo had been used by police as an informant.

It triggered a royal commission into the affair, which after months of explosive evidence, has now released its findings.

The Victorian Royal Commission into Police Management of Informants has revealed a gaping hole in police accountability. It has also put a spotlight on a problematic police culture. The police use of a criminal defence barrister as an informant against her own clients is a massive blow to the criminal justice system. During the course of the commission, two of Gobbo’s former clients had their convictions overturned.

So, how will the police in Victoria be held to account and what needs to change to ensure such behaviour is never repeated?

Read more: The Lawyer X scandal is a massive blow to the criminal justice system: here's why

Key findings and recommendations of the report

The four-volume report has laid bare “the far-reaching and detrimental consequence” of the behaviours of Gobbo and the Victoria Police, which may have denied a large number of people their rights to a fair trial. The commission found the convictions or findings of guilt of 1,011 people may have been affected by the police’s use of Gobbo as a human source.

The commission has recommended the conduct of both Victoria Police and Gobbo be referred to a special investigator to consider whether there is evidence to bring criminal charges and, in the case of serving police officers, disciplinary charges.

It has also recommended a suite of reforms to increase accountability and transparency in relation to Victoria Police’s use and management of informants. This includes independent external oversight and legislation to

ensure that their use is necessary, proportionate, justified and compatible with human rights.

Who polices the police?

The royal commission findings, while focused on the relationship between one informant and Victoria Police, brings into sharp focus the broader issues of police accountability and police culture.

The system for investigating police misconduct, corruption and criminality in Victoria is hopelessly flawed. As it stands, 98% of such cases are investigated by police.

The Independent Broad-based Anti-corruption Commission (IBAC) lacks the resources to carry out investigations in most cases and is hamstrung when it does. IBAC considered the Gobbo case in 2015, then sent it back to Victoria Police for investigation. The police showed little interest in probing further.

It is worth noting that Gobbo acted as an informant for years before it was revealed publicly. According to the royal commission, more than 100 people within Victoria Police knew about Gobbo, but none raised concerns with the internal Ethical Standards Department or with IBAC.

Police investigating themselves always raises issues of conflict of interest. But this is even more pronounced when a matter involves senior police, or former police commissioners, as in the Gobbo case.

The chair of the royal commission, Margaret McMurdo, has decided not to name any current or former police implicated in criminal conduct, so as not to prejudice future legal proceedings. 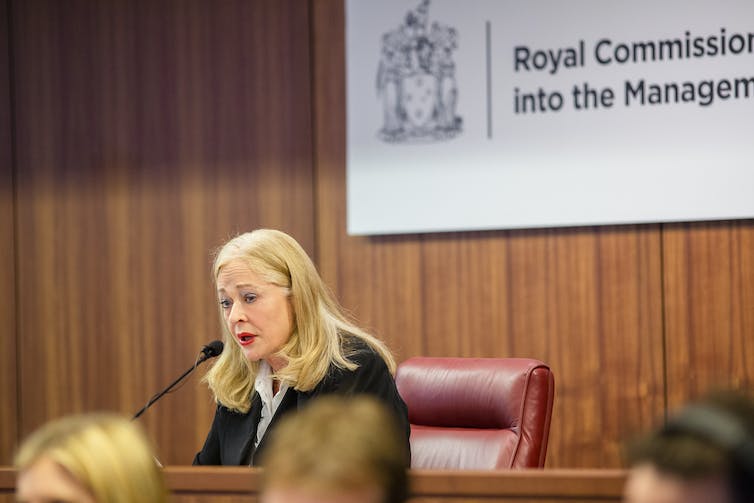 McMurdo took aim at Victoria police who ‘lacked the moral clarity, vision and ability’ to fix the flaws in its system. Royal Commission into the Management of Police Informants

In 2018, a joint parliamentary inquiry report into how claims of police misconduct are investigated made 69 recommendations for reforming police oversight in the state. These included better resourcing for IBAC, and that it, rather than police, investigate all cases of serious misconduct.

More than two years since that report was released, the government has not implemented its recommendations.

Police oversight in other countries

Covert operations have long been recognised as providing fertile ground for police corruption and criminality.

Northern Ireland is a telling case. During the decades of the “Troubles” through to the peace process at the turn of the millennium, the covert arm of policing, Special Branch, acted as a force within a force. Some police engaged in and facilitated criminality, including murder.

Read more: Northern Ireland's police transformation may hold lessons for the US

Radical reforms were made as part of the peace process through the Police Ombudsman Northern Ireland, which was established to provide independent oversight of policing, including their use of covert investigatory powers.

As such, Northern Ireland’s police accountability system is now widely recognised as the gold standard.

In addition, the Investigatory Powers Commissioner’s Office provides independent oversight of police and other public authorities’ investigatory powers, including the use of human sources.

The Victoria royal commission specifically made reference to the role of the UK’s Investigatory Powers Commissioner’s Office and the UK law, but did not specifically recommend them as models for Victoria, instead urging consultation with stakeholders to develop a legislative framework.

When the ends do not justify the means

The commission found evidence of “systemic failure in Victoria Police” and

a pervasive and negative cultural emphasis, led from the top down, on getting results, with insufficient regard to the serious consequences for the rights of individuals and the proper administration of the criminal justice system.

Even after the High Court blasted the Victoria Police for “reprehensible conduct” in 2018, its former chief commissioner, Graham Ashton, continued to [defend the police’s actions in the media]t(https://www.theguardian.com/australia-news/2020/sep/05/lawyer-x-how-victoria-police-got-it-profoundly-wrong-with-informant-nicola-gobbo), on the basis of getting results in the “gangland wars”.

This “ends justifies the means” rationale, often referred to as “noble cause” corruption, belies an above-the-law mentality. Much evidence was put forth at the royal commission to suggest that Victoria Police rejected or set out to thwart or co-opt systems designed to deliver independent scrutiny. 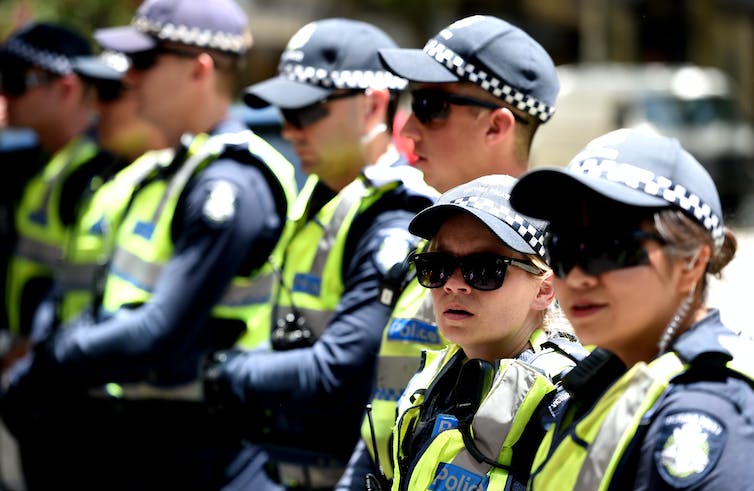 There have been a series of reviews and inquiries into Victoria Police over the past two decades. They have pointed to deficiencies in its management of informants, along with broader issues related to culture and leadership. Despite this, the royal commission findings reflect many of the same issues.

The commission maintains it is “encouraging” that the new chief commissioner of Victoria Police, Shane Patton, has stated publicly the police will heed the recommendations of the inquiry.

If things are to substantially change, however, reforms need to extend beyond these recommendations.

The recommendations of the 2018 parliamentary inquiry also need to be implemented to ensure that in all cases of serious misconduct, police are investigated by an independent body that has sufficient resources and powers to carry out such investigations effectively.