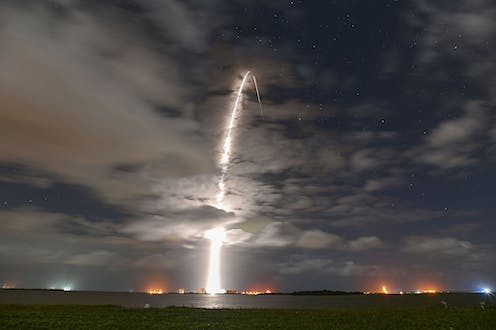 In 2019, US President Donald Trump declared “space is the new war-fighting domain”. This followed the creation of the US Space Force and a commitment to “American dominance” in outer space.

Other space-faring nations, and those who fear the acceleration of an arms race in space, were greatly concerned. At the latest...

In 2019, US President Donald Trump declared “space is the new war-fighting domain”. This followed the creation of the US Space Force and a commitment to “American dominance” in outer space.

Other space-faring nations, and those who fear the acceleration of an arms race in space, were greatly concerned. At the latest meeting of the United Nations Committee on the Peaceful Uses of Outer Space, states noted with alarm that “preventing conflicts in outer space and preserving outer space for peaceful purposes” is more necessary than ever.

The election of Joe Biden as the next US president and Kamala Harris as vice-president suggests there is cause for hope. The future of space may look more like the recent launch of NASA’s SpaceX Crew-1 mission to the International Space Station.

Onboard were US and Japanese astronauts, who joined Russian and US crew already living aboard the ISS. As the Falcon 9 rocket soared into space, the collaborative, cooperative and commercial nature of space was once again clear for all to see.

Read more: The US-Russian Space Station mission is a study in cooperation

The incoming Biden-Harris administration appears more interested in international cooperation, and much more cognisant of the challenges of climate change, pandemics and other global issues. A carefully calibrated space policy can do much to address “terrestrial” challenges, while still allowing for many positive space activities.

Since 1967, human activity in space has been guided by the universally accepted principles embedded in the Outer Space Treaty. This has ensured we have had no military conflict in space, and required the exploration and use of space “for the benefit and in the interests of all countries”.

Any alternative vision of the future of space is dreadful to consider. Rhetoric about the inevitability of “war in space” makes such conflict more likely and risks a “tragedy of the commons” in space.

Read more: The US plan for a Space Force risks escalating a 'space arms race'

Any space war would have no clear winner. In a complex, globally shared arena such as space, it is important that states abide by accepted rules and established practices.

The US has great scientific and technological advantages and a robust and competitive commercial space sector. Instead of seeking dominance, it can better serve the world (and itself) by focusing its leadership on harnessing space for the benefit of all humankind.

In a promising sign, Biden and Harris’s NASA review team is composed of an outstanding group of space scientists as well as a former astronaut.

The current administration re-established the National Space Council, which is chaired by the vice president, and this has reinvigorated American investment and leadership in space exploration. This includes an ambitious plan to return to the Moon under the terms of the Artemis Accords. 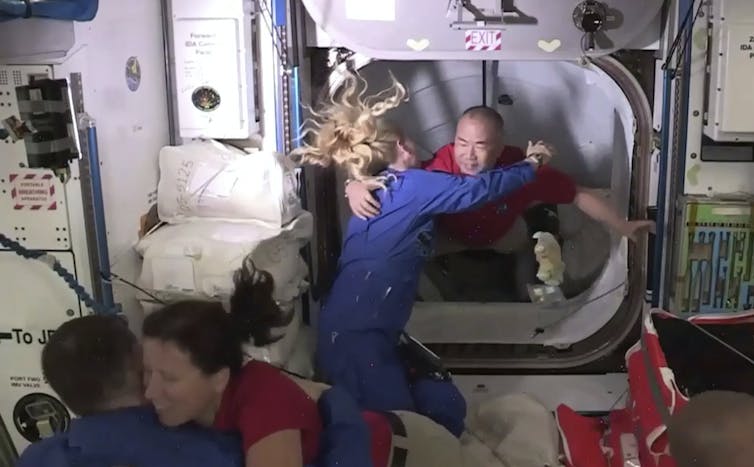 Astronaut Soichi Noguchi is greeted by astronaut Kate Rubins as he enters the International Space Station from the vestibule between the SpaceX Dragon capsule and the ISS. NASA

To ensure the fragile and shared domain of outer space does not become an arena for conflict, the rules that apply to any military uses of space need to be understood, respected and further developed. Failure to do so could lead to devastation, disruption and impact on civilian lives, particularly in the largest and most powerful countries like the US, whose economies and societies are heavily dependent on space infrastructure. Their access to space has given them the greatest competitive advantage, but they are therefore the most vulnerable if that access is compromised.

Space is a “congested, contested and competitive” area where scientific, commercial and economic interests converge, as well as military and national security concerns. In this sense space is like the radio frequency spectrum, which has been successfully regulated and managed for decades under international rules adopted through the International Telecommunication Union.

But space is also much more. As the recent Crew-1 mission demonstrated, there are significant benefits when nations come together and cooperate. Enlightened leadership, guided by commonly agreed laws and practices and a recognition that we share outer space as custodians for future generations, is the only realistic way forward.