Australia’s aged-care system is in sore need of transformation. This is becoming increasingly clear. If the Royal Commission into Aged Care Quality and Safety — whose interim report was titled Neglect — was not enough to demonstrate the need for change, the tragic impact of COVID-19 on residential care has tipped it over the edge.

Many older Australians say they are not getting the care and support they need. Families complain of unchecked neglect and abuse. Many aged-care providers are saying the sector’s services are underfunded. Care staff say they are overworked and underpaid. And many older Australians are waiting more than a year to get the home care package they need.

At its core, Australia’s aged care is a Soviet-style, centrally planned and rationed system that controls availability of home care packages and beds from Canberra. It focuses on the transactional relationships between government and providers, rather than on delivering for the vulnerable older Australians it is meant to support.

The royal commission’s findings have prised open a window for reform. Before it slams shut again, we need to reshape the aged-care system to put the rights of older Australians at its heart.

Last month, Grattan Institute published a report that argued a reformed system should be based on enhancing the rights of older Australians.

Today, we release a second report detailing what this actually means in practice. It sets out a new rights-based system design with a new funding and governance model.

The report identifies three key changes needed to create a rights-based system that would empower older Australians to get the support they need to be independent and engaged in the community for as long as possible.

Currently, the aged-care system is capped, meaning the government supports only a certain number of people in home care and residential care at a given time. This means many older Australians are left without the support they need. As a result, some people end up in residential care when home care would have been better for them and, potentially, cheaper for taxpayers too. 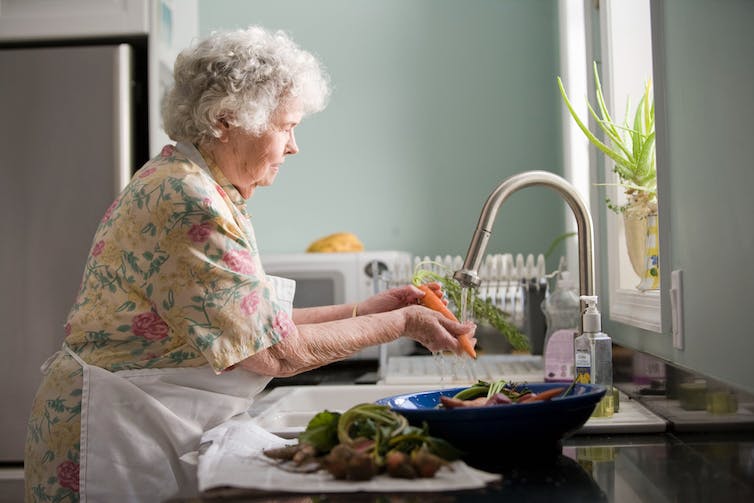 Many older Australians would rather stay in their own homes to receive care, but the system currently caps these options. Cade Martin/Unsplash, CC BY-SA

We believe older Australians who need support should have universal access to care. Just like Medicare, access to aged care should be based on need, not on people’s capacity to pay.

Under our proposed model, funding for aged care would match a person’s individual care needs. This should be documented in individual support plans, which then form a contract about the care that person should receive. This would cater for people’s diverse care needs and allow more people to receive care at home.

2. Bring the system to the local level

Instead of a poorly regulated and fragmented system with accountability far away in Canberra, 30 regionally based independent “system managers” across the country should be made responsible for the care of older Australians in a defined geographic area.

They should be the local gateway for older people into the aged-care system and provide a “one-stop shop” for all older people who need care – helping them develop their support plans and negotiate access to services.

They should manage the local service system in their region, and only accredit service providers dedicated to the rights of older Australians. A “national system steward”, like an independent Australian Aged Care Commission, would hold the regional bodies to account and ensure equity and performance across the whole system.

3. Enhance the voice of older Australians

Rather than viewing older Australians as passive recipients of care, we should empower and encourage them to raise issues and engage socially in the community.

Community representative committees in each region should be established that are connected to a national body. Working with regional system managers, they should enhance the independence of older people through social participation programs, promoting healthy ageing, and better integrating the aged-care system with health care and other non-aged-care services.

These three measures on their own won’t be enough. A raft of fundamental changes will be needed to fix the system, and nothing will improve unless the federal government spends more on aged care.

We estimate our proposed changes will require an extra A$7 billion per year – a 35% increase on current spending. And even more will be needed as the population continues to age.

Aged care also needs to be more accountable and transparent. We recommend a public reporting system to monitor the quality of care.

Of course, creating a new aged-care system will take time. We propose that our model be phased in over three years, beginning with a trial in the smaller states of South Australia and Tasmania, and with emergency funding measures to immediately lift the quality of residential care.

Australia cannot let this window for change close without demanding a better support system that upholds the rights of older Australians.