Australian-British academic Kylie Moore-Gilbert’s release from an Iranian prison after more than two years’ detention is certainly a welcome development.

However, the circumstances raise some uncomfortable questions for Australian and Western diplomats related to Iran’s penchant for using hostage-taking as a bargaining chip for the release of its own citizens detained abroad for suspected or proven crimes, including terrorism.

There seems little doubt Moore-Gilbert was released as part of a prisoner exchange. Iranian state media has shown pictures of the academic with Australian embassy officials in Tehran, juxtaposed with film of three Iranian men being welcomed by Iranian officials, apparently at Tehran’s airport.

The Iranian media says she was exchanged for an Iranian “economic activist” and two Iranian citizens, who had been detained “abroad on trumped-up charges”. The report does not name the men.

Australian Prime Minister Scott Morrison has given a carefully worded statement in response to questions about a prisoner swap. 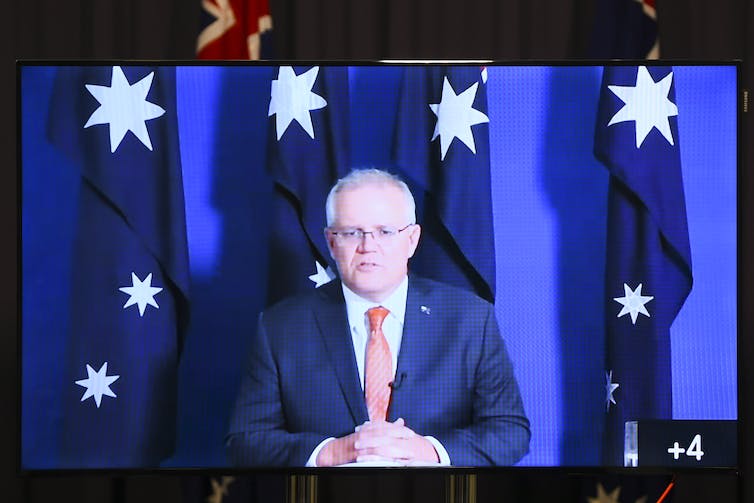 Morrison would not speak directly about the prisoner swap to ensure the safety of any other Australians detained overseas. Lukas Coch/AAP

That may be true as far as Australia is concerned. But a report by The New York Times, quoting Iranian social media channels associated with the Islamic Revolutionary Guards Corps (IRGC), identifies the three Iranians as Saeed Moradi, Mohammad Khazaei and Masoud Sedaghat Zadeh.

The three had been detained in Thailand since 2012 on charges of planning to plant bombs in Bangkok and assassinate Israeli diplomats there. One of those men had reportedly lost his legs when a bomb he was carrying exploded prematurely.

Read more: I kept silent to protect my colleague and friend, Kylie Moore-Gilbert. But Australia's quiet diplomatic approach is not working

In a similar context, the release last year of two Australians being held in Iran, Jolie King and Mark Firkin, coincided with an Iranian research student at the University of Queensland, Reza Dehbashi Kivi, being permitted by Australian officials to return to his home country.

Dehbashi Kivi had allegedly been seeking to export radar equipment for detecting stealth planes in contravention of US sanctions. The ABC reported at the time the US was seeking his extradition.

The Australian government is depicting Moore-Gilbert’s release as a win for quiet diplomacy in assisting Australians arrested abroad.

There is no doubt a calm and measured approach is the most effective way of resolving knotty consular cases – even when the charges levelled against our citizens seem highly doubtful, as was the case with Moore-Gilbert.

This approach worked with the release of journalist Peter Greste from detention in Egypt in 2015, although there is no evidence of any prisoner exchange or other quid pro quo in that case. 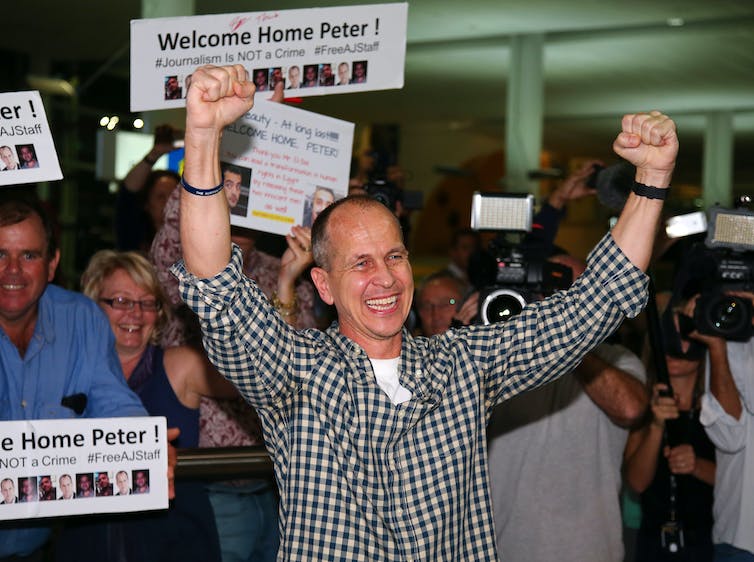 Peter Greste waves to supporters after arriving in Australia following his release from an Egyptian prison. Tertius Pickard/AP

In the Moore-Gilbert case, the apparent prisoner exchange would have required the agreement of the Thai government, and possibly clearing the arrangement with Israel as well, given the Iranians held in Thailand had reportedly been plotting attacks against Israeli interests. Quite an effort for “quiet diplomacy”.

Australians travelling abroad are constantly reminded they are subject to the laws of the country they are visiting. If an Australian is detained abroad, the most consular officials can usually do is ensure that person is treated fairly and humanely in accordance with local laws.

Thumping the table and making demands, even if the charges seem totally outrageous, is usually totally counter-productive.

The situation for Australians who get into trouble in Iran is particularly fraught. Australia’s relations with Iran are tense at normal times. The Iranian security authorities see Australia as close not only to the US, but to Israel, and are therefore suspicious of Australians.

If an Australian is a dual-Iranian national, Iranian law treats him or her as an Iranian citizen, further complicating the task of consular officials when individuals are detained.

Read more: The Australian government needs to step up its fight to free Kylie Moore-Gilbert from prison in Iran

Iran has reason to be particularly suspicious of US and Israeli hostility at the moment.

In July, there were reports of a series of explosions at sites linked Iran’s missile and nuclear programs. 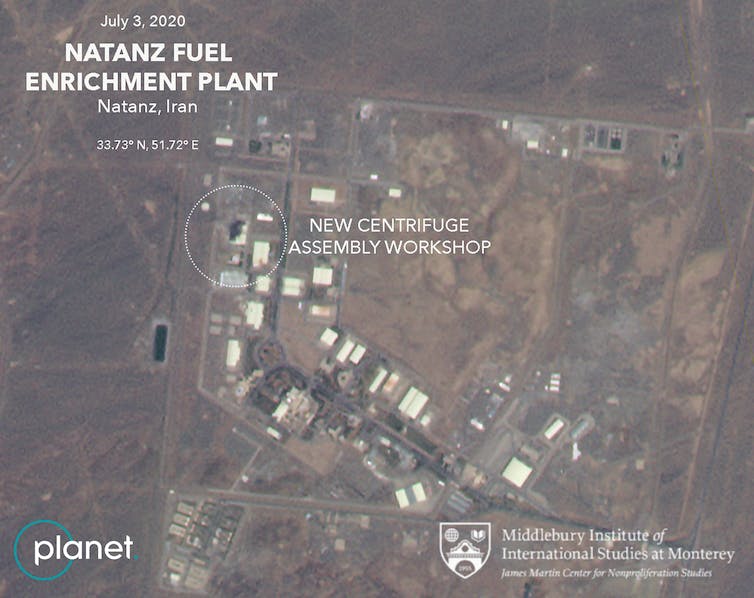 A satellite image shows a damaged building after a fire and explosion at Iran’s Natanz nuclear site in July. Planet Labs Inc./AP

Media reports suggested Israel was responsible. Israel has a history of unattributed attacks on Iran’s nuclear program, including use of the Stuxnet computer virus, which US officials have confirmed was developed in partnership with the US.

Moreover, under the Trump administration, the US has had a policy of “maximum pressure” on Iran’s economy, which has drastically curtailed Iran’s oil exports. Israel’s Defence Forces have also been instructed to prepare for the possibility Trump may order a military strike against Iran in the final days of his presidency, according to Axios.

Other Westerners still being detained

Complicating Australia’s relationship with Iran even further are the different power centres in Iran.

Iran’s IRGC has the power to overrule all civilian authorities, including President Hassan Rouhani. It was significant that Moore-Gilbert was arrested when seeking to leave Iran after attending an academic conference to which she had been formally invited. This implied official approval to enter and leave the country.

Read more: Infographic: what is the conflict between the US and Iran about and how is Australia now involved?

Diplomatic and consular officials in Tehran must also deal with the Iranian Foreign Ministry in cases involving detained foreigners. The foreign ministry is often powerless in cases in which the IRGC has an interest.

So Moore-Gilbert’s release at this time is remarkably fortuitous, particularly as Iran currently holds more than 10 Westerners or dual-national citizens captive.

However, if it is confirmed that the deal is a direct prisoner exchange, criticism here and among our allies that Australia has aided and abetted Iran’s hostage taking strategy is bound to grow.