In the latest salvo of an almost two-decade console war between Microsoft and Sony, both Sony’s Playstation 5 and Microsoft’s Xbox Series S/X were launched last week.

With increased spending on videogames due to ongoing quarantine and travel restrictions, the launches have been described as historically significant. Head of Xbox Phil Spencer tweeted:

As is typical for a “next-generation” launch, both consoles sport significant boosts to computing power, support 4K graphics and offer faster performance and loading times. But unlike previous launches, they present starkly different visions for the future of video gaming.

For a long time, new consoles had been primarily marketed around “platform exclusive” titles available only for that console.

Sony and Microsoft have in the past paid millions to developers for exclusivity deals. In 2010, Microsoft paid Rockstar Games US$75,000,000 to stop Grand Theft Auto IV from becoming a Playstation 3 exclusive.

Sony’s recent PS5 launch carries on this tradition. The console is marketed in terms of first-party exclusives, such as those developed by Naughty Dog (Uncharted, The Last of Us) and Sony Computer Entertainment’s Santa Monica Studio (God of War).

In contrast, Microsoft quickly abandoned the Kinect. This motion-sensing device bundled with the Xbox One never won over its audience.

The rise of subscription gaming

That said, although Sony vastly outsold Microsoft with the PS4 last generation, it seems in 2020 Microsoft has shifted the goalposts of success.

As Phil Spencer notes, Microsoft’s aim is no longer to sell the most consoles, but to accumulate the most players, irrespective of where they’re playing. The console itself is now almost secondary.

For instance, Microsoft’s Game Pass subscription service, launched in 2017, provides access to Xbox titles across both Xbox consoles and PC. Game Pass follows a similar model to Netflix, wherein users pay a monthly fee to access a library of content.

And although having a Game Pass membership isn’t mandatory, Microsoft reports 70% of X/S console users do. 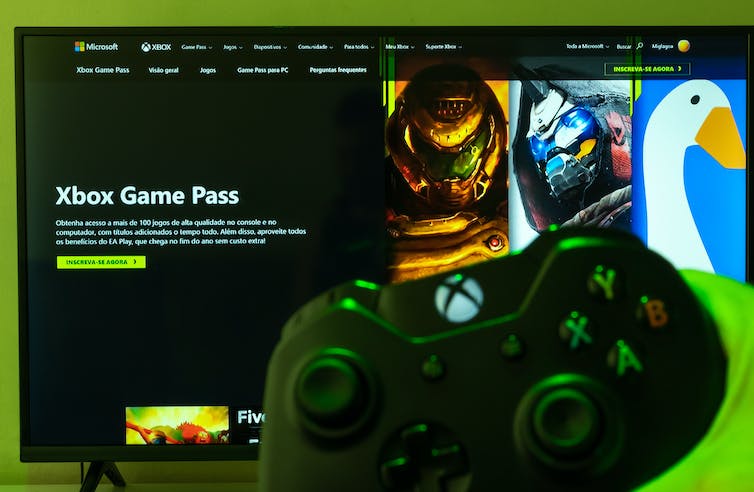 In Australia, Game Pass memberships for either PC or console gaming are the same price. The ‘ultimate’ membership, which includes both PC and console games, costs extra. Shutterstock

On the surface, subscription gaming seems to offer better value for money in terms of access to content, as gamers don’t have to buy the games outright.

But as has been the case with competing television and film streaming services, should subscription gaming become more common, paying for a range of subscriptions may become costly — especially if certain games are exclusive to certain services.

Read more: Apple, Google and Fortnite's stoush is a classic case of how far big tech will go to retain power

Gaming on the cloud, everywhere 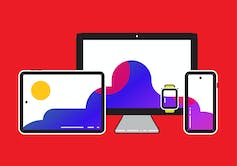 Cloud gaming enables seamless cross-platform gaming, which has come leaps and bounds in the past few years. Shutterstock

In the past, this hasn’t worked well due to “high latency”. This refers to the delay between making an input (such as shooting a character) and seeing the result (the character being shot).

However, with improved computing power, internet speeds and clever design tricks, cloud gaming is becoming a crowded market, with big tech companies including Google and Amazon joining in, too.

Sony began experimenting with cloud gaming in 2014 with PS Now. This service allows the streaming of older titles, such as PS3 games. And while Sony continues to offer PS Now for the PS5, and at a cheaper price point than Microsoft’s Game Pass, the PS Now is still focused on old games.

On the other hand, Microsoft is aggressively pushing its new Project xCloud. This service, which comes bundled with the GamePass, allows users to stream certain newer Xbox games directly to their smartphone or tablet, without even needing to own an Xbox console.

Clearly, Micosoft’s focus is on players, not consoles. Considering the massive impact smartphones are having on who plays games (and how often), Microsoft may be setting itself up to engage a much larger audience than ever before.

The 2020 console war looks quite different to those of the past, when a single winner often took it all (or at least the majority of it). Think Nintendo in 1990s North America, or Sony’s domination last generation with the PS4.

In light of Microsoft’s shifting approach, we’re now in a situation where two winners will likely take large chunks of different markets, by doing different things.

On one hand, this might help diversify the market and provide greater variety for consumers. On the other, Sony and Microsoft’s divergence might have gamers spending more than ever.

Read more: No, you're probably not 'addicted' to your smartphone – but you might use it too much