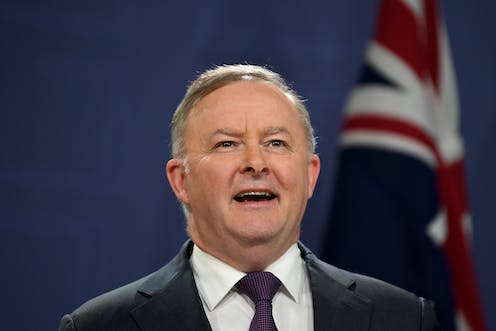 Labor leader Anthony Albanese has made an extraordinary call for Scott Morrison to contact Donald Trump and tell him democratic processes must be respected.

Albanese’s proposal goes against all the usual conventions of not intervening in other countries’ internal affairs.

Morrison has been careful in comments he has...

Labor leader Anthony Albanese has made an extraordinary call for Scott Morrison to contact Donald Trump and tell him democratic processes must be respected.

Albanese’s proposal goes against all the usual conventions of not intervening in other countries’ internal affairs.

Morrison has been careful in comments he has made on the election, just generally expressing confidence in the strength of American democracy.

“I’m not a participant in the US political process. I am a partner, ” Morrison said on Thursday.

Albanese told a Friday news conference our leaders should always speak out for democratic values.

“Australia should consistently argue for free and fair elections, where every vote is counted,” he said. “And Scott Morrison must do so consistently.”

He said Morrison “has a close relationship with President Trump.

"We saw that when he attended the de facto campaign rally in Ohio with President Trump. He should be contacting President Trump and conveying Australia’s strong view that democratic processes must be respected.”

Albanese stressed the importance for Australia that the US remain “a stable and a credible democracy”.

He also said Morrison should distance himself from the spreading of “disinformation” by former Liberal treasurer Joe Hockey, and current Nationals parliamentarians Matt Canavan and George Christensen.

Hockey, former ambassador to the US, described the US electoral system as “a complete dog’s breakfast” and said there might be electoral fraud but doubted it would be enough to change the outcome.

Asked how Morrison’s intervention could influence Donald Trump after his defiant speech alleging corruption, Albanese said Morrison would make a difference in Australia, given “members of his own caucus are speaking up in support of some of the conspiracy theories.”

“Scott Morrison, as a democratically elected leader, has a responsibility to support democracy. And I am calling upon him to do just that.”

If Joe Biden, who has a strong policy on climate change including returning the US to the Paris climate agreement, is confirmed as the next president, Labor will step up its attack on the Coalition on the climate issue in parliament next week.