It is promising, but has big problems. Fortunately, the attorney-general has signalled key elements of the proposal are still up for negotiation in parliament. A consultation period will run from November 2020 to March 2021 to allow time for feedback on the draft legislation.

The bill puts detail on an anti-corruption model for which the federal government has already been heavily criticised since it was first released in December 2018.

But with the political consensus behind a federal agency now spread across all parties, and into a government bill, it’s a historic step towards a genuine strengthening of Australia’s integrity system in 2021 — if or when the Morrison government amends its bill to overcome the problems.

Three issues — resources, scope and powers — will determine if the new Commonwealth Integrity Commission can help restore flagging trust in Australia’s ability to deal with corruption.

Read more: As the government drags its heels, a better model for a federal integrity commission has emerged

Resources: where the CIC proposal is on its strongest ground

In the 15 years since Transparency International Australia first recommended a national anti-corruption agency, funding has been central to the discussion. A poorly-resourced Commonwealth Integrity Commission cannot be effective.

This is where the proposal is on its strongest ground. Porter’s announcement confirmed A$106.7 million in new funding over four years. That’s on top of the $40.7 million already spent on the ACLEI (Australian Commission for Law Enforcement Integrity), to be absorbed by the CIC.

This means an agency with an annual budget of $42 million when fully operational.

That’s not enough to fix all the gaps in our creaking accountability framework, as shown in my research team’s soon-to-be-finalised national integrity system assessment of Australia. But it’s over double what the Australian Labor Party originally estimated.

It finally moves ACLEI well beyond the minuscule budget and narrow remit it had when it was founded in 2006, after the Howard government first promised to create what many hoped would be an independent national anti-corruption body.

With corruption risks rising in the post-COVID world, we are at least slowly going in the right direction — and that’s important. 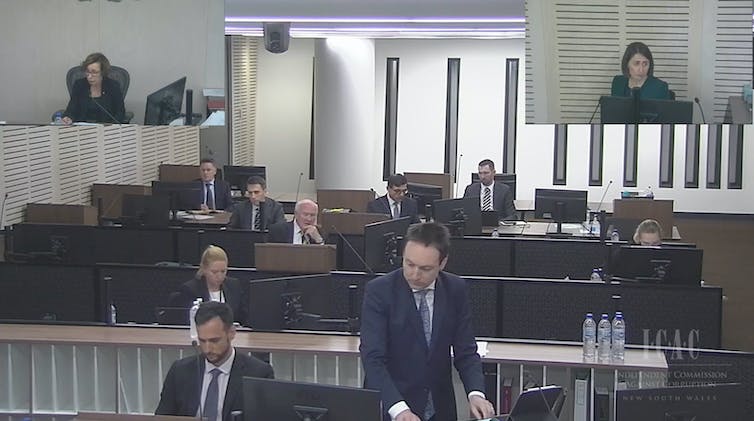 As it is proposed, the CIC’s full Royal Commission powers would only extend to about 20% of the federal public sector.

More agencies will be covered by ACLEI’s powers from January 1 2021, as its jurisdiction expands to cover four new law enforcement and regulatory bodies, including ASIC and the ATO. But for 80% of the federal government, including politicians, the CIC’s strong powers can only be exercised in private, and only where there is a reasonable suspicion of a criminal offence.

So the powers may be strong — including compelling people to give sworn evidence at private hearings, search and seizure of property (under warrant), and tapping phones. But there will be little or no jurisdiction to get to the bottom of “grey area” corruption like undisclosed conflicts of interest, unless a criminal offence like fraud, theft or bribery is already obvious.

The CIC’s powers would exceed those of a Royal Commission. AAP Image/Kelly Barnes

The scope is also narrow because, while federal agency heads must report suspected corruption offences, this is only if they meet the same threshold.

If a public service whistleblower approaches the new commission directly, with reasonable suspicions of corruption breaches but no actual evidence of an offence, they would have to be turned away.

Indeed, under clause 70 of the bill, they could risk prosecution for making an unwarranted allegation. This is a draconian idea that defies the purpose of federal whistleblowing legislation.

The inability of the CIC to use public hearings for 80% of the federal government is the feature that would likely make many Australians most worried.

How this problem is fixed in the final bill will be the key to securing a strong agency with a wider, pro-integrity remit.

It’s a worry for the government because in Australia, and overseas, the problem of strong anti-corruption powers being used as a weapon against political opponents is real. There is little value in integrity bodies that become costly political weapons, damaging more than restoring public trust.

Coalition MPs are especially fearful of the way the NSW Independent Commission Against Corruption (ICAC) has used public hearings in the past - such as its ambush of NSW Premier Barry O’Farrell in 2015, prompting his resignation despite the commission’s conclusion he had “no intention […] to mislead”.

The next steps will need to include other solutions to this problem, ensuring public hearing powers can be used when needed, and not when it’s unnecessary.

If this can be achieved, along with other improvements based on public feedback, there is a real chance of the Commonwealth Integrity Commission standing the test of time.

And that would mean, after 15 long years, an enduring, independent agency supported by all sides of politics – not one undermined by partisan criticism or allegations of ineffectiveness.