Queensland’s state election was always going to deliver an outcome for the record books.

This was Australia’s first poll at state or federal level contested by two female leaders. It was also the first state general election conducted during the COVID-19 pandemic.

Counting continues after record numbers of pre-poll and postal votes, and a handful of seats remain in doubt. Regardless, the Labor government has been returned with what looks like an increased majority in a history-making third term for Premier Annastacia Palaszczuk.

This shores up her political stocks in the continued battle with federal and state governments over border closures.

A tick of approval for Palaszczuk

The election campaign was run of the mill in many ways. It wasn’t so much dominated by the pandemic as framed by aspects of it, such as borders and plans for economic recovery. 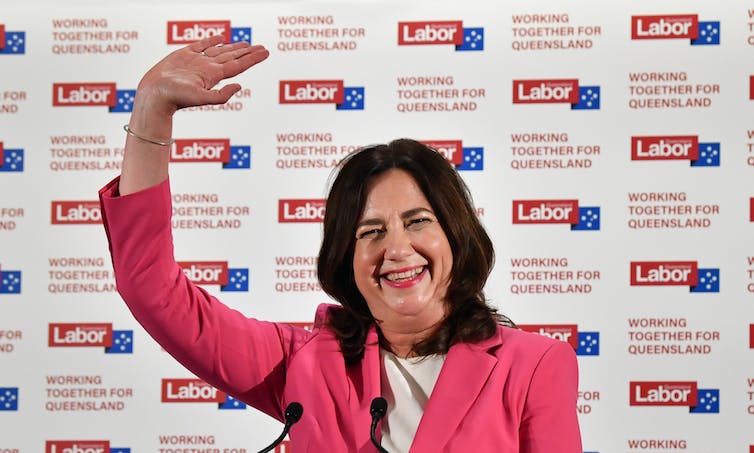 Premier Annastacia Palaszczuk is back for a third term. Darren England/AAP

But Queenslanders, by and large, appear to have given Palaszczuk’s government a tick of approval for its health and economic responses to coronavirus. Swings to the government were recorded in most parts of the state, with some surprising shifts towards Labor in areas like the Sunshine Coast.

The result reinforces the theory pandemic conditions favour incumbents and, similarly, the major parties. Western Australia’s Mark McGowan, who like Palaszczuk was a target of Coalition criticism over closed borders, will take heart ahead of a state election early next year.

However, this was not a straightforward repeat of recent election outcomes in the Northern Territory, ACT and New Zealand. Rather, this election panned out in ways particular to Queensland’s regional diversity, but still with ramifications for outside the state.

The expected battleground over government-held marginal seats around Townsville and Cairns didn’t eventuate, with these seats holding firm against a concerted effort to get rid of Labor incumbents.

The LNP opposition’s pitch for a “crime crackdown” in the state’s north and plans for a youth curfew didn’t resonate, as at the last state election in 2017.

The headline story of the election was a dramatic collapse in the One Nation vote. The party nominated an unprecedented 90 candidates, yet leader Pauline Hanson was barely sighted during the campaign. What messages did emerge from Hanson’s camp — largely criticisms of COVID-19 measures — didn’t wash with an electorate seeking leadership and protection through the crisis.

Notably, Clive Palmer’s United Australia Party hardly registered, with about 0.6% of the popular vote. This follows another big spend on often misleading advertising. The electorate may have woken up to Palmer’s “spoiler” agenda, with his investment perhaps only resulting in a push for stricter truth in political advertising rules.

There are now realistic doubts over the ability of either Palmer or Hanson to recover electorally from these setbacks. For its efforts, One Nation did hold on to its sole seat in north Queensland. Katter’s Australian Party, likewise, retained its three northern seats. 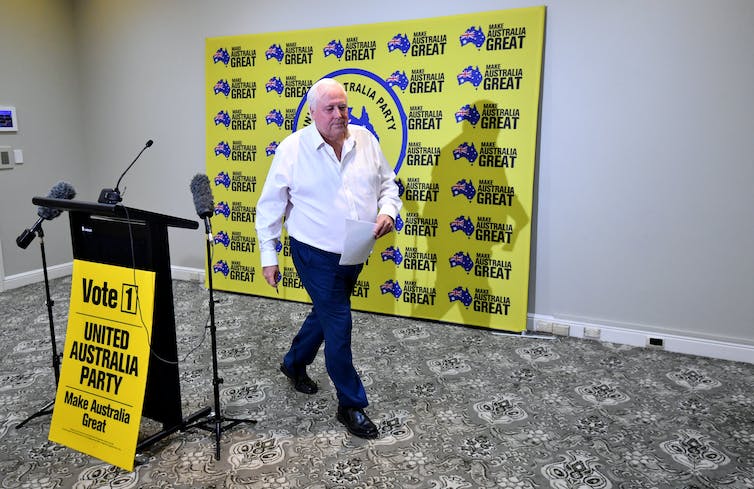 The single biggest upset result — although widely expected —– came in South Brisbane, where Labor’s former Deputy Premier Jackie Trad lost the seat she’s held since 2012. A rise in Greens support in inner-Brisbane suburbs, as seen in other capital cities, was long viewed as a threat to Trad’s grip on the former Labor stronghold.

This result shows there are subtexts to this election result, and it is not all about the pandemic. For 30 years, Labor has often won state elections on its ability to hold onto “fortress Brisbane”. However, the party can’t take that position for granted now.

Even with the LNP’s continuing inability to bridge the Brisbane bulkhead, Labor can’t rest on its laurels after this win. Inner-Brisbane electorates like Cooper and McConnel will be next targets for the Greens, whose support at this election was concentrated in the capital where they now hold two seats.

On track to beat Beattie

Palaszczuk is now the most successful female leader in Australian history, as the first to win three elections. If she serves the full four-year term, she’ll be Labor’s second-longest serving premier in this state, surpassing Peter Beattie. Labor by then will have governed Queensland for 30 of the past 35 years.

Read more: Why this Queensland election is different — states are back at the forefront of political attention

This win cements the premier’s authority in her party, which is particularly important when it comes to relations between her administration and the federal government. Discussions over states border closures and other pandemic responses at the National Cabinet will be watched with renewed interest.

At the same time, the election result raises pressing questions for defeated Opposition Leader Deb Frecklington and the LNP. After recent inner-party turmoil agitating against Frecklington’s leadership, it’s expected there will be jostling for new party leadership. 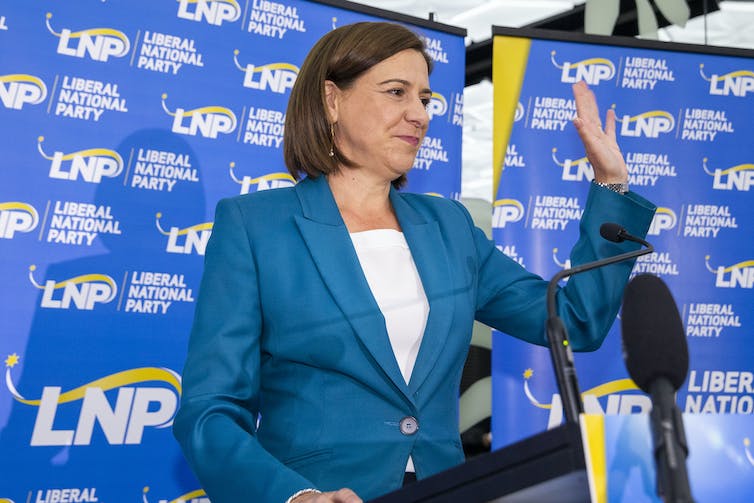 Deb Frecklington has signalled she wants to stay on as LNP leader, but may not get that chance. Glenn Hunt/AAP

As now seems ritual after state elections, calls are expected for the unsuccessful LNP to de-merge. The often uneasy marriage of Queensland’s Liberals and Nationals — apparently at risk of a lurch to the arch-conservative right — appears incapable of broadening its support in both the state’s capital and the far north simultaneously.

As the final results come in, they will continue to provide important lessons for both the federal Coalition, as well as federal Labor, in how best to appeal to Queensland’s varied constituency.