Over countless millennia, Aboriginal and Torres Strait Islander peoples have harnessed the tremendous potential of plants, ingeniously using them for medicines, nutrition, to express our culture and to develop innovative technologies.

But as I learn more about First Peoples’ plant knowledge, I’m also better understanding the broader Australian community’s failure to recognise the depth and breadth of our expertise.

Aboriginal people, our culture and deep knowledges are often seen as “in the past”, fixed and stagnant.

Damaging perceptions which cast us as lesser and posit us as a homogenous peoples, who were limping towards inevitable extinction before the arrival of a “superior” race, still abound. Such tropes deny our dynamic place in the present day, and our ability to continuously adapt and innovate.

Below I’ve listed five of my favourite indigenous plants and the multiple ways Aboriginal people used them, and continue to do so.

These plants are examples from my recent publication exploring Aboriginal plant use, and highlight our deep knowledge and holistic approaches to ecological management.

The Wurundjeri people particularly favour this plant for weaving cultural items such as necklaces, headbands, girdles, baskets, mats and bags for carrying foods, as well as for making technologies such as eel traps and hunting nets. 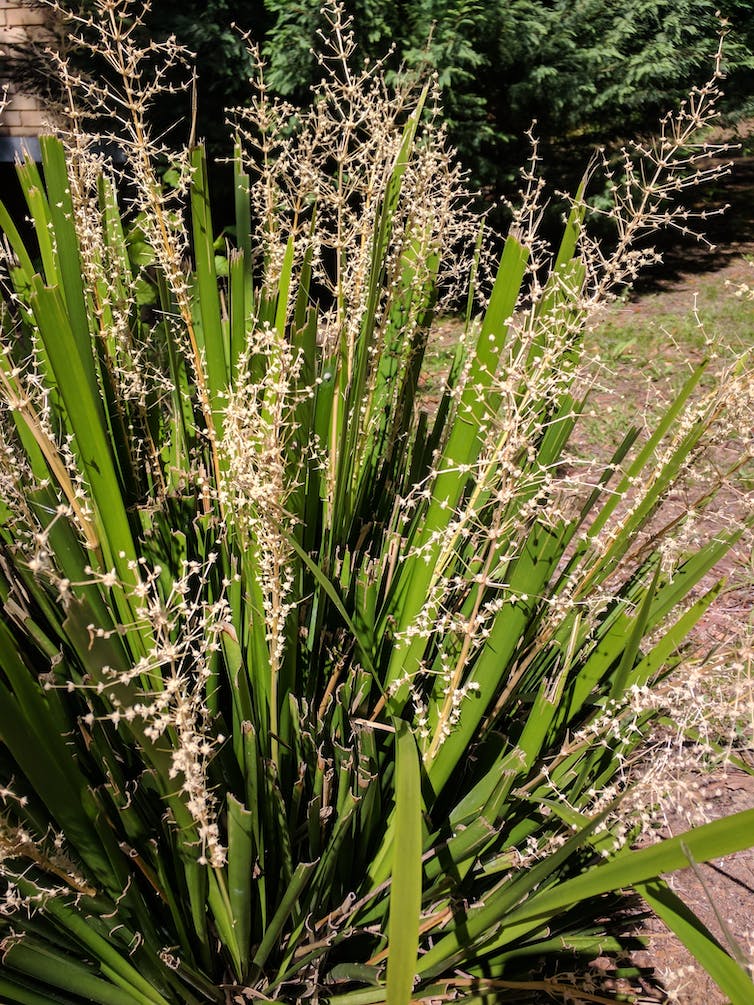 Its seeds are high in protein. They can be collected and pounded into a bread mix, with the core of the plant and the base of the leaves eaten as a vegetable.

Many diverse Aboriginal peoples use the roots to treat bites and stings. The caterpillars of several butterflies, such as the Symmomus Skipper, also rely on this plant for food and habitat.

There are around 30 types of wallaby grass in Australia. Native grasslands were once the most extensive habitat of Victoria’s western plains, but are now the most endangered plant community. 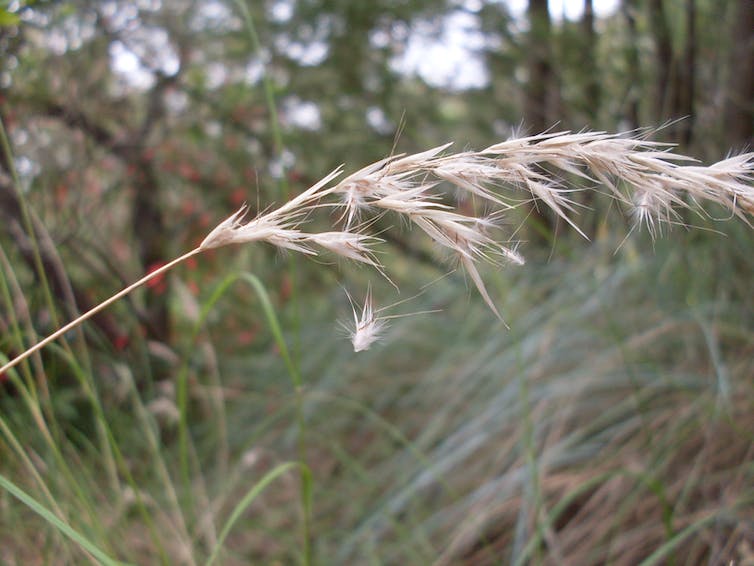 Grasslands provide food and habitat for a huge diversity of fauna, particularly birds, such as the peregrine falcon, whistling kite and Australian kestrels. Many animals, such as the legless lizard, little whip snake and fat-tailed dunnart, were once commonplace, but are now scarce in this endangered ecosystem.

Wallaby grass seeds make an excellent bread by pounding them into flour. The leaves and stem are also used to make cultural items, such as nets for fishing and hunting.

It’s also incredibly hardy – highly tolerant to frost, heat and drought, and requiring no fertilisers and little water. And it makes an excellent lawn, controlling erosion and weeds.

In summer, bulbine lily dies back to a dormant bulb, before re-shooting in late autumn. In spring, it displays vibrant yellow flowers. 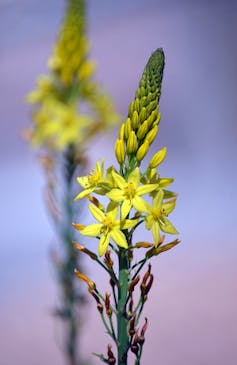 Bulbine lilies can be found in all states except Western Australia, growing wild in tandem with milkmaids and chocolate lilies in the few areas of Victoria’s undisturbed remnant vegetation.

It’s considered the sweetest tasting of all edible root plants and is available year-round. You can find a plump, round, cream-coloured storage organ (a type of underground stem) under its stalk, which can be eaten after being roasted. Bulbine lily is also nutritious, a good source of calcium and iron.

Aboriginal peoples from many diverse groups favour the fibrous kurrajong bark for making string for fishing lines, nets and bags, as well as body adornments such as headbands.

Flowers turn to fruit in the form of leathery pods. These pods contain highly nutritious yellow seeds, which contain around 18% protein and 25% fat, and high levels of magnesium and zinc. 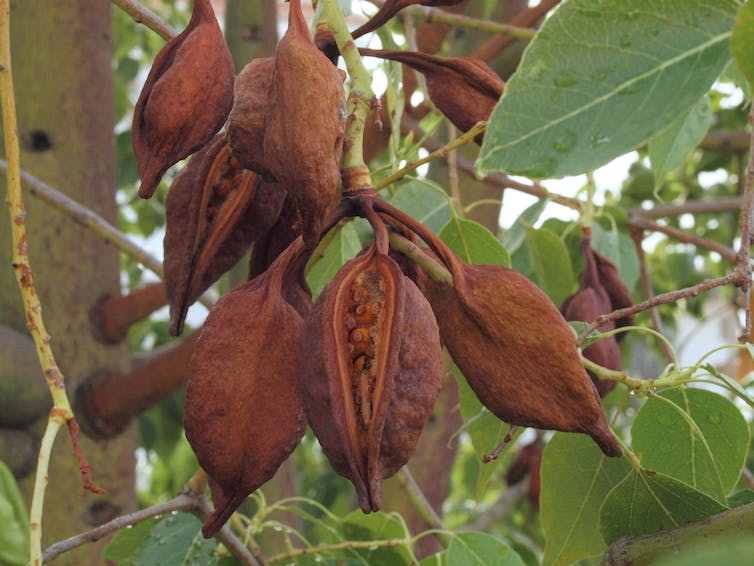 To eat the seeds, you first must remove toxic yellow hairs surrounding them. They can be eaten raw and roasted, and have a pleasantly nutty flavour. The young roots of this tree also make an excellent food source and can provide water.

Favouring dry conditions, black sheoak is native to Queensland, Tasmania, NSW and Victoria, and can grow up to eight metres high. It flowers in spring, with either rusty-brown spikes or red flowers that develop into cones.

Its seeds are an important food source for many native birds, including parrots and cockatoos. 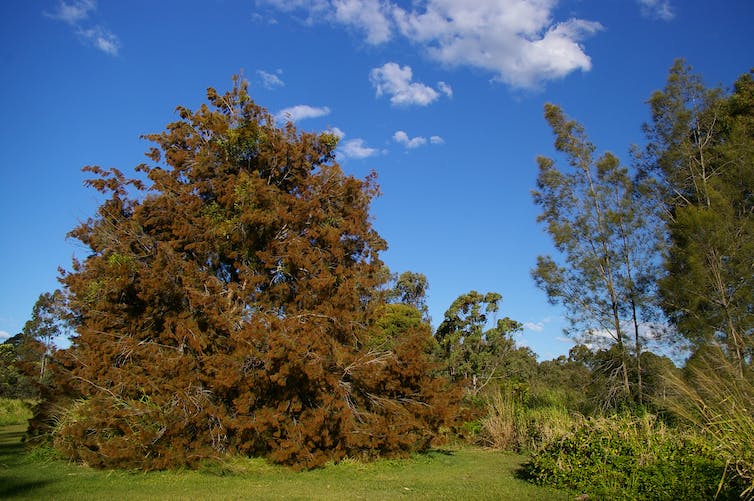 Diverse groups of Aboriginal peoples use sheoaks for various purposes. The shoots and cones can be eaten, and sheoak wood can be used to fashion boomerangs, shields, clubs and other cultural implements because the wood is both strong and resists splitting and chipping.

In fact, the earliest evidence of boomerangs, found in the Wyrie Swamp in South Australia, were made from various sheoak species, and were dated at 10,000 years old.