Are criminals responsible for their actions? It’s a question philosophers, criminologists and jurisprudence experts have grappled with for centuries.

Some philosophers and scientists argue no-one has free will and no-one is ever responsible for any crime, no matter how serious. They suggest the impact of genes and formative social environments on us mean there’s no room left for free will.

This radical view, however, is not held by the majority of philosophers working on free will, nor is it held by the courts.

The criminal justice system presupposes people generally are free to decide whether or not to engage in criminal behaviour. If they do choose to commit a crime, it is presumed that they are responsible for what they’ve done.

However, the courts acknowledge not everyone has free will. For example, those who are very young, or sleepwalking, or severely mentally ill may not be held responsible for an offence. You might think of these people as lacking free will because they are unable to reason properly about what to do.

Read more: My brain made me do it: will neuroscience change the way we punish criminals?

But even before getting to the question of whether a defendant in a criminal proceeding deserves to be punished for an offence, there can be doubt about whether they are sufficiently rational to be tried at all.

Though the law sees most defendants as able to properly participate in their trial, it recognises others cannot.

A defendant’s mental condition may deprive them of the free will needed to properly instruct their lawyers, present their version of events, or follow court proceedings.

This was one of the issues in relation to James Gargasoulas, who is currently serving at least 46 years in prison for killing six people and injuring 27 others in Melbourne’s 2017 Bourke Street massacre. 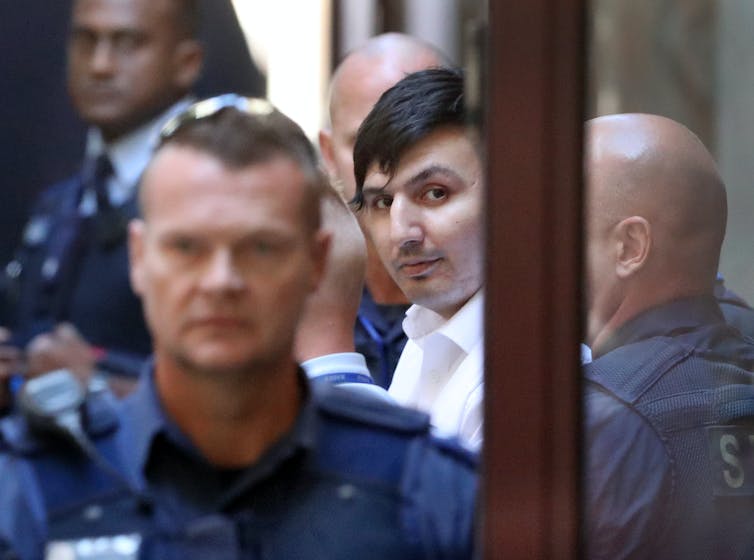 The law acknowledges some may lack the kind of free will necessary to properly participate in their trial. David Crosling/AAP

Gargasoulas’ actions in driving a car into a busy mall, and his conduct in the run-up to the trial, raised significant questions about his mental health.

Expert witnesses were reportedly divided on whether Gargasoulas had the capacity to properly participate in his trial, despite suffering from paranoid schizophrenia and delusions.

A psychiatrist for the defence said Gargasoulas’ delusional belief system “overwhelms him”; the psychiatrist expressed concern Gargasoulas was using the court process as a platform to voice his belief he is the messiah.

A second forensic psychiatrist agreed Gargasoulas was “not able to rationally enter a plea”.

Notwithstanding the opinion of the majority of expert witnesses, the jury found Gargasoulas was fit to stand trial, and later he was convicted and sentenced to life imprisonment.

Working from media reports, it is difficult to be sure precisely what happened in court, and we cannot know why the jury favoured the evidence suggesting he was fit to stand trial. However, it is interesting to consider whether research into the psychology of blame and punishment can shed any light on their decision.

Some psychologists argue judgements of blame are not always based on a balanced assessment of free will or rational control, as the law presumes. Sometimes we decide how much control or freedom a person possessed based upon our automatic negative responses to harmful consequences.

As the psychologist Mark Alicke says:

we simply don’t want to excuse people who do horrible things, regardless of how disordered their cognitive states may be.

When a person has done something very bad, we are motivated to look for evidence that supports blaming them and to downplay evidence that might excuse them by showing that they lacked free will.

Were the jurors who found Gargasoulas fit to stand trial influenced by how horrendous his actions were? Would their decision have been different had they not known what he’d been charged with?

We may never know. What is clear, though, is that questions about free will continue to challenge the criminal justice system — and will likely continue to do so in the future.