The destruction of 46,000-year-old Juukan Gorge sites in the Pilbara has created great distress for their traditional owners, seismic shockwaves for heritage professionals and appalled the general public.

The fallout for Rio Tinto has been profound as has the groundswell of criticism of Western Australia’s outdated heritage laws. A path forward must ensure a pivotal role for Indigenous communities and secure Keeping Places for heritage items. More broadly, we need more Indigenous places added to the National Heritage List, ensuring them the highest form of heritage protection.

In a state heavily dependent on mining, the model for this could follow the successful seven-year heritage collaboration I have been part of on-country with Murujuga Aboriginal Corporation (MAC) and Rio Tinto in the Dampier Archipelago (Murujuga).

As Director of the Centre for Rock Art Research and Management at the University of Western Australia, I am funded to undertake research supported by Rio Tinto’s conservation agreement with the Commonwealth.

This Rio Tinto funding enables research documenting the significant scientific and community values of the archipelago, feeding into the management of this estate by MAC, who represent the local coastal Pilbara groups. It also resources Indigenous rangers and trains undergraduate students.

The Murujuga conservation agreements, made between the Commonwealth and both Rio Tinto and Woodside, were negotiated when the archipelago’s one million-plus engravings and stone features were added to Australia’s National Heritage List in 2007.

Murujuga is one of only seven Indigenous rock art places on the National Heritage List. There are 118 listings in total in Australia (only 20 of them Indigenous). Murujuga is the only listed Indigenous site here with a conservation agreement requiring industry to fund heritage protection.

Rio Tinto does not have a similar agreement with the traditional owners of Juukan Gorge, the Puutu Kunti Kurruma Pinikuru (PKKP) peoples — nor do any of the other Pilbara resource extraction companies with their host native title communities. These mining tenements are managed by a range of royalty agreements, which recognise native title rights but are flexible and require transparency.

Despite working closely with Rio Tinto, I have been dismayed by the Juukan incident and the fault lines it has revealed in Rio Tinto’s historically significant investment in heritage management and agreement-making with Aboriginal people.

PKKP this week expressed their distress at the company’s behavior. Clearly, there is much for Rio Tinto to improve. But similarly, the regulation process is seriously flawed. 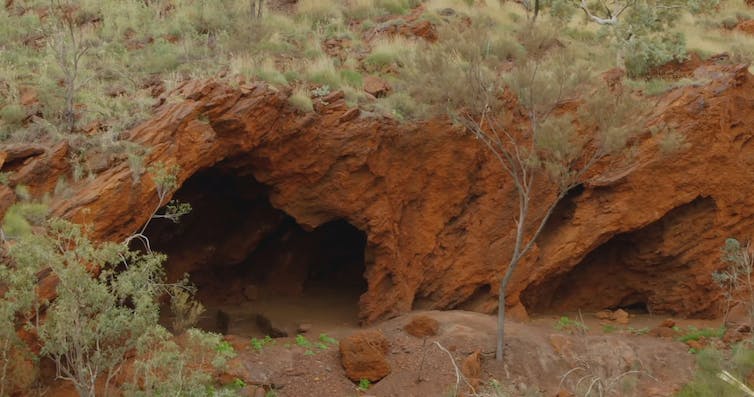 A screenshot of a supplied video taken in 2015 showing one of the Juukan Gorge rock shelters in Western Australia before they were destroyed by Rio Tinto in May 2020. PKKP AND PKKP Aboriginal Corporation.

Many of the changes in the WA Government’s new Aboriginal Cultural Heritage Bill 2020 are welcome: in particular, the recognition of native title, allowing “stop work orders” if an Indigenous community says mining work was begun without their permission, and increased penalties for damaging heritage.

But Aboriginal groups, including many in the Kimberley and south-west WA, fear the onus for this regulatory process will be passed onto them and — despite being the appropriate people to manage their own heritage — they will not be adequately resourced to do so.

The number of heritage sites likely to be at risk in the future will number in the thousands, given the current footprint of mining is a mere 1% of the planned expansion over the next century. A new paradigm is needed in managing heritage. There needs to be a process of identifying regionally significant landscapes and earmarking them for conservation before future development footprints are determined.

And there need to be more conservation agreements like the Murujuga one, with industry-funding heritage and conservation rather than just mining clearance work.

In the Pilbara, for instance, there are three national parks, Karajini, Millstream-Chichester and Murujuga, where mining cannot occur. But more are needed in other native title areas. They need to be resourced so Aboriginal heritage rangers can manage them, with appropriate facilities for tourists. 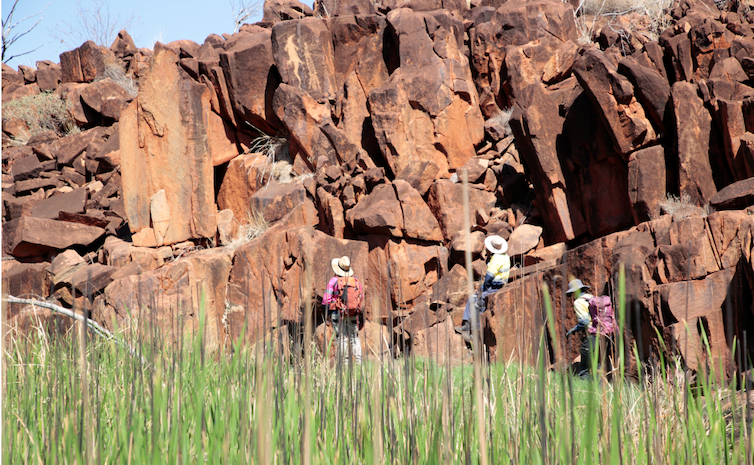 Mining compliance surveys, which “manage harm” to heritage are a significant economy for many Aboriginal communities.

But a number of Pilbara Aboriginal Corporations, including Wintawari Gurama, with whom I have developed a rock art research project, don’t want to just participate in the mining economy, which is tantamount to destroying their heritage.

They want to train local rangers, and document, record and manage their own heritage estates, enabling elders and young people to earn a living on country. 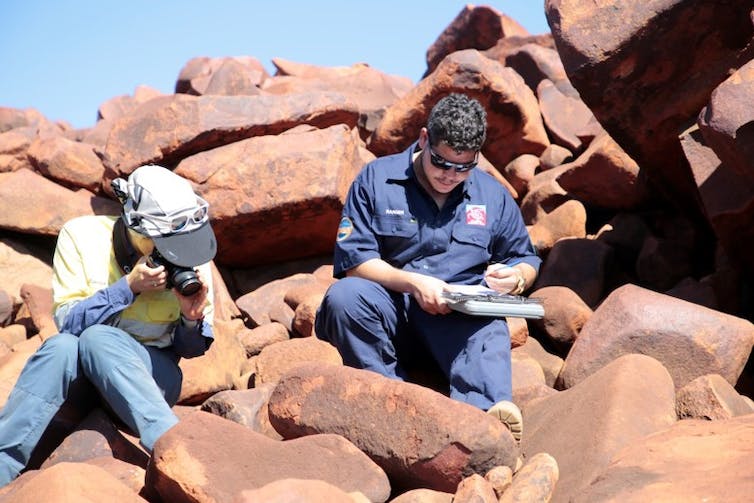 This approach is equally required in places like the Kimberley, where fracking could be the next resources “boom”.

Across the Pilbara, items such as the 7,000 heritage items salvaged from Juukan Gorge, are being housed in locked shipping containers. Secure air-conditioned Keeping Places are an urgent requirement.

Read more: Destruction of Juukan Gorge: we need to know the history of artefacts, but it is more important to keep them in place

These, too, could be funded by industry, becoming the focus of heritage tourism and ranger training, and hosting collaborative research on heritage, biodiversity and conservation.

Murujuga, which has been added to the World Heritage Tentative List, has a tourism management plan. A Living Knowledge Centre is planned, and additional interpretation facilities. 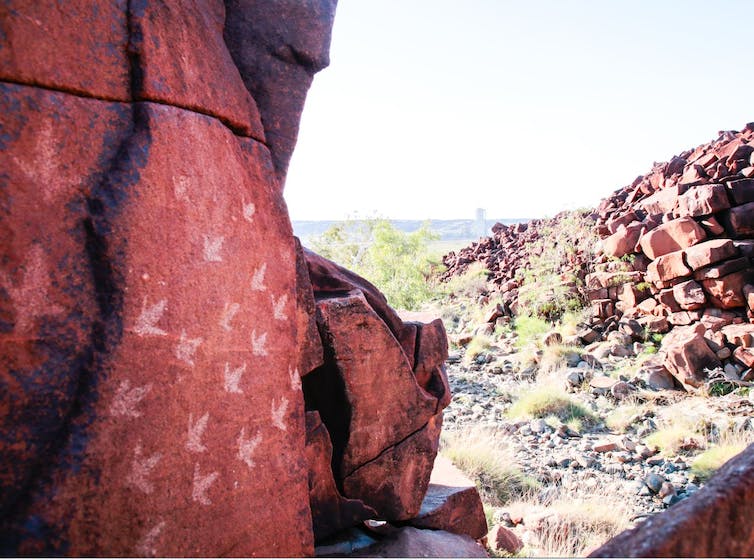 The state government and industry stakeholders are funding the Murujuga Rock Art Strategy, which will monitor and assess emissions from nearby industry. There are, however, concerning plans to introduce new industry in the adjacent Burrup Industrial Estate. This is an issue, too, for the federal government, which has ultimate oversight of heritage on the national list.

In WA, the state government asserts that heritage can co-exist with industry. But this will only be possible if the state recognises heritage is non-renewable — just like the mineral wealth of this country.