Just days after Victorian Premier Dan Andrews signalled the state won’t be ready for a major loosening of COVID-19 restrictions next week as planned, a legal challenge is expected to be filed in the High Court to force the government to act more quickly.

Gerner argues the restrictions on people’s movements beyond five kilometres from their homes, as well as the need to have a permit to travel to work, are a disproportionate response to the coronavirus threat and violate the implied freedom of movement in the Constitution to undertake personal, family, recreational and commercial endeavours.

This is a bold argument. The High Court has never accepted the Constitution protects freedom of movement within states.

How does this case differ from Clive Palmer’s case?

trade, commerce and intercourse among the states … shall be absolutely free.

Palmer is challenging restrictions on movement across state boundaries on the basis of an express provision of the Constitution.

By contrast, Gerner is challenging restrictions on movement within a single state on the basis of an implication he says can be found in the Constitution, rather than on any express provision. 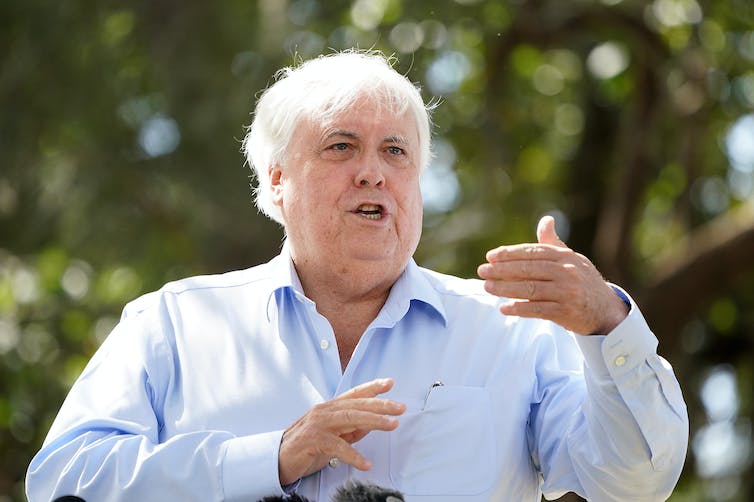 Palmer’s case is due to be heard in the High Court in early November. Dave Hunt/AAP

How can freedoms be “implied” into the Constitution?

The Constitution expressly protects only a few freedoms in Australia, such as trial by jury for federal indictable offences and a narrow guarantee of freedom of religion.

Read more: Is protesting during the pandemic an 'essential' right that should be protected?

But the Constitution does expressly say parliamentarians must be “chosen by the people”.

This guarantee is vital because it provides for an implied freedom of expression on matters relating to politics and government. If this freedom didn’t exist, then the people would not be able to freely choose their parliamentarians.

Using this logic, the High Court has ruled restrictions on the freedom of political communication are invalid because they impede the functioning of the political system set up by the Constitution.

For example, the High Court has struck down NSW laws that banned unions from making political donations to the state Labor Party because it limited the ability of the party to run political advertising.

What has the High Court said about freedom of movement?

However, Gerner seems to be arguing the Constitution protects freedom of movement more generally.

Individual justices have agreed with this idea in the past. In the 1970s and ‘80s, High Court Justice Lionel Murphy said in a number of cases he believed the Constitution guarantees freedom of movement generally.

a necessary corollary of the concept of the Commonwealth of Australia.

Justice Mary Gaudron said something similar in a 1992 case:

The notion of a free society governed in accordance with the principles of representative parliamentary democracy may entail freedom of movement.

However, a majority of the High Court has never accepted there is an implied freedom of movement in the Constitution. 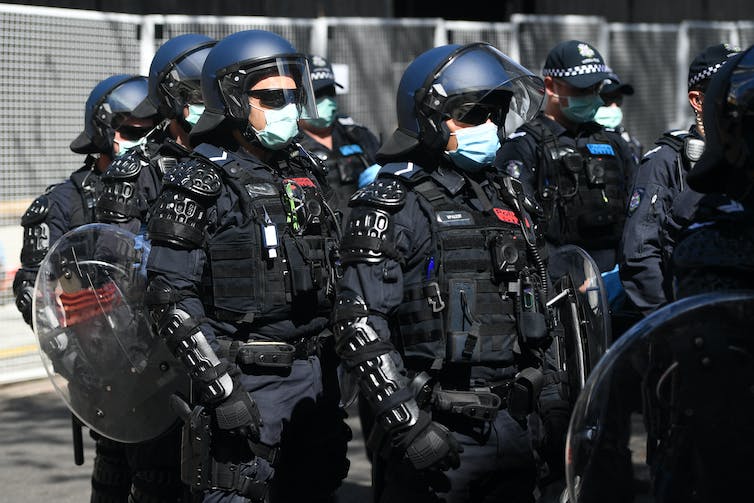 Police have cracked down on anti-lockdown protests in recent weeks. Erik Anderson/AAP

Two hurdles need to be overcome for Gerner’s challenge to succeed.

First, he would need to persuade the High Court the Constitution really does protect freedom of movement generally. This won’t be easy.

Second, he needs to persuade the High Court the Melbourne lockdown is a disproportionate limitation on freedom of movement. This may require a separate hearing in a lower court to hear expert public health evidence about what is necessary to protect public health.

This kind of separate hearing happened in Palmer’s WA border closure case. This will take some time.

There is also the possibility the Victorian government will relax the lockdown just before any High Court hearing starts.

This is what happened after a legal challenge was filed with the Victorian Supreme Court arguing Melbourne’s curfew was imposed without following the correct legal procedure.

The government abolished the curfew the day before the case was due to start. Its lawyers showed up to court arguing the case should not go ahead because the issue was now merely hypothetical.

While it is not beyond the realm of possibility, Gerner faces formidable obstacles to succeed with his challenge. I wouldn’t be holding my breath the High Court declares the existence of an implied freedom of movement anytime soon.