Who turns out to vote, who stays at home, and who mails or drops in a ballot are all likely to play a significant role in the outcome of the US presidential election. Race and racism are important in motivating and suppressing voters.

Unlike in Australia and a handful of other democracies, voting in the United States is voluntary. People have to be motivated to vote, whether in person or by mail.

But with the public polarised and tribal, it is extremely difficult to convert likely voters away from their long-term allegiances.

So candidates try to mobilise likely supporters and suppress an opponent’s. Campaign strategists intended Donald Trump’s performance in the first presidential debate would signal strength. They hoped this would appeal to white women, whose support in important states he has been losing in droves.

Trump instead signalled strongly to a white supremacist group, the Proud Boys, that he wanted their support. 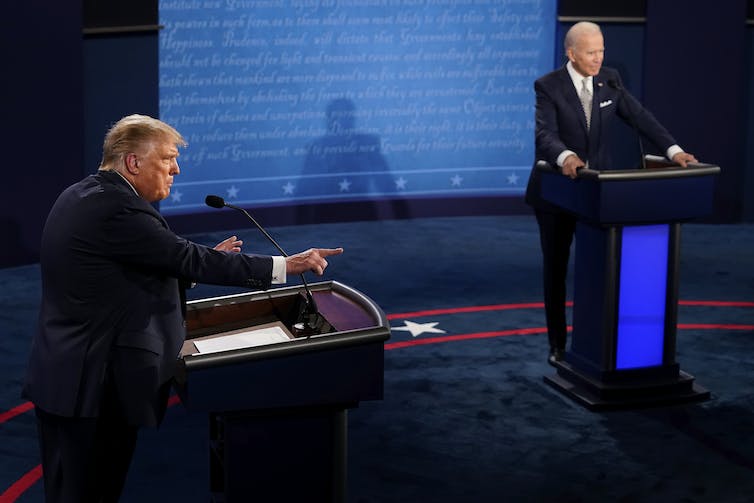 Donald Trump told the ‘Proud Boys’ to ‘stand back and stand by’ during the first debate. Morry Gash/AP/AAP

Read more: The first US presidential debate was pure chaos. Here's what our experts thought

Democratic theorists argue high turnout provides legitimacy for the political system by ensuring all voices are heard in democratic processes.

In practice, however, efforts to manipulate electoral participation - and specifically to suppress Black voters - have been a prominent theme in the history of American elections.

But as early as the 1870s, white Americans systematically disenfranchised Black voters (and also many poor whites) through a variety of regulations — including property and education clauses. The notorious “grandfather clause” decreed men could vote only if their grandfather was also eligible to vote in the years before 1867. Violence at the ballot box kept African American men, and African American women after 1920, away for decades.

During segregation, violence, represented here by the gun, underpinned all other methods to keep Black people from voting. Harper’s Weekly, October 31 1874.

When Trump incites his followers to sign up as “election poll watchers”, he evokes this very history, which dominated Southern politics until the civil rights movement.

Since the movement, African American voters have selected the Democratic presidential candidate in huge majorities. As a result, new forms of suppression have emerged to stop them.

Since 2010, 25 states have introduced measures to make it harder to vote. For example, they require voters to register prior to the election and/or provide photo ID at the point of voting.

In 11 states, people convicted of felonies are banned from voting long after custodial sentences end or fines have been paid – and sometimes for life. These laws have seen 6 million adults lose the right to vote.

These methods all affect poorer and less well-educated Americans more than affluent Americans. Non-white Americans, especially African American, Native American and to a lesser extent Latino voters, have been most affected.

In Florida, where this disenfranchisement affected more than 20% of African Americans, voters overturned the ban. Republican state legislators soon found a way to ensure 775,000 people still cannot vote by deeming ineligible anyone with outstanding court fees.

In neighbouring Georgia, Republican Secretary of State Brian Kemp narrowly edged out popular Democratic challenger Stacey Abrams – who is African American – in the 2018 election for governor. His success came by ruthlessly disqualifying 53,000 voters – 70% of them African American and only 20% white – with dubious “signature matching” requirements.

On the flipside, both camps need to inspire their own supporters to vote, as well. African American turnout was higher in the 2018 midterms than in 2014. Joe Biden, who needs to ensure sufficient pro-Democrat and/or anti-Trump adults vote, will hope that trend continues.

African Americans have even more reasons than usual to vote. These include involvement in or proximity to the prominent Black Lives Matter (BLM) movement; the shockingly higher rates at which African Americans are contracting COVID-19 and dying; the greater economic consequences of the health crisis for African American communities; and the possibility of electing Kamala Harris as the first African American woman vice president.

Biden’s eight years as Barack Obama’s vice president – and their apparently effective professional and affectionate personal relationship – may help inspire African American voters. A big question is whether the mobilisation that occurred through BLM rallies will translate into high participation by minority and young people in the election. 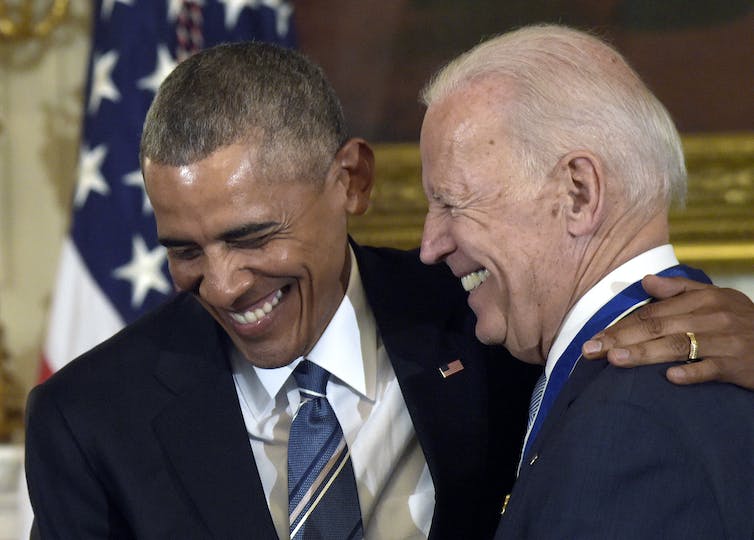 Trump needs to mobilise the large groups of white women who voted for him in 2016.

But recent national and key state polls suggest Trump has already lost a good proportion of white women, whether or not they have college degrees. Polls do not always translate into election numbers, but in this case they follow the trend in the 2018 midterm elections and may reflect the unprecedented involvement since 2016 of suburban white women in pro-Democrat grassroots campaigning.

In 2020, the stakes are particularly high

The 2020 elections seem unusually high stakes not just for public policy but for the future of electoral participation in America.

Trump has spent much of the past four years casting doubt on voting processes. If he can persuade Republican state legislatures to set aside the popular vote on the basis of alleged fraud, there is Constitutional scope for those legislatures to select whichever electors they like to represent the state at the Electoral College. This would be an almost unprecedented undermining of the fundamental ideal of “one person, one vote.”

The Trump era’s suppression of the vote is out of step with the long run trend of greater inclusiveness. Another four years of Trump seems likely to create more obstacles to participation.

By contrast, a Biden-Harris victory provides an opportunity to prevent further erosion of democratic participation. It would also mark a new high in the representation of African American women in federal politics.

Read more: Donald Trump has COVID-19. How might this affect his chances of re-election?