Hollywood’s heavyweights joined forces last week to ask the US government to help save cinemas. Directors James Cameron, Patty Jenkins and Martin Scorsese warned that cinemas “may not survive the impact of the pandemic,” with more than two thirds likely to fold without a bailout.

Meanwhile, the release of the next James Bond film has been delayed yet again following disappointing ticket sales for Christopher Nolan’s Tenet.

COVID-19 has done something two world wars were not able to achieve. It closed cinemas. But to borrow from Mark Twain, reports of the death of cinema have always been greatly exaggerated. First it was television, then home video, then computer games, interactive movies, downloading and virtual reality that spelled the end of the big screen.

There will always be people who want to get out of the house (a desire made more keen by COVID lockdown), buy popcorn and experience the communal magic of the picture palace. Still, that doesn’t mean the new normal will look like the old one. There are three probable scenarios. 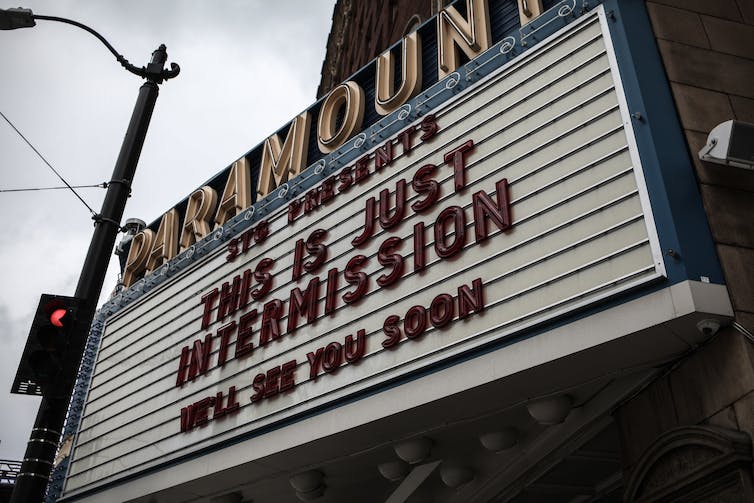 Read more: A love letter to cinema – and how films help us get through difficult times

The previous “cinema-killers” didn’t finish off the industry, in part because it has a history of reacting well to threats. When television arrived it was small and black-and-white, so feature films became all-colour and cinemascope. When torrenting (largely illegal downloading) emerged, cinema responded with the return of 3D — and now 4DX.

That said, the film industry has had tense relations with Netflix. The streaming giant has had a huge impact on how films are made, distributed and screened, thanks to its completely different financial model.

The Will Smith movie Bright (2017), for example, had a Netflix budget of US$90 million (A$125 million). Usually, cinemas take two-thirds of the ticket price, so the studio has to make three times the budget just to break even. But because Netflix sells subscriptions, not movie tickets, that imperative is removed. We may never know how successful Bright was for Netflix but it makes content purely to convince us that a subscription is a necessity.

Newer players (Disney, Apple, Amazon) have financial models that are even further removed, as their core businesses aren’t in production or screening. If a movie tanks, it won’t make them shut up shop. They have almost bottomless pits of money to support their platforms.

Cinemas do not. Most of their battles pre-COVID were concerned with “windows”: the period of time between a cinema and home release. Currently in the US, it’s 70 days.

COVID has changed all that, as the recent deal between Universal and American Multi-Cinema demonstrates. In July, a historic deal saw the 70-day window cut to just 17 days with the companies agreeing an undisclosed profit-sharing deal.

So, we’ll see short windows or “day-and-date” releases (meaning audiences can see a film at home the same day as in the cinemas) for most new films. You’ll likely be able to see a new release online or on a streaming service on opening day, just with a large premium compared to the cinema ticket price.

That premium may take a while to settle. Disney+ released Mulan online only in Australia for A$34.99. Although it made US$33.5 million (A$48 million) on its opening weekend, the film didn’t increase subscriptions as much as the recent release of the musical Hamilton on Disney+.

Still, Mulan has done reasonably well compared to Tenet, which didn’t give big-budget filmmakers much solace.

Where possible, cinema is proving a very different experience.

Scenario 2: a studio system with some new (familiar) owners

In this take, cinema chains can’t make it work financially, and begin to close venues. Regional areas will certainly be affected, potentially less so in cities. But even if the big chains fail, it is highly possible they will be bought out by those disruptive streamers. Indeed Netflix bought its first cinema in 2019.

This could see a return to the old studio system of vertical integration, where production, distribution and exhibition is owned by one company. Theatres then run at cost or as “loss leaders” where new material can be showcased with the profits coming largely from home sales and merchandising.

In fact, in August, a New York judge granted the US Justice Department permission to end a set of rules called the Paramount Consent Decrees. This 1948 legislation outlawed vertical integration with the aim of promoting competition and stopping Hollywood studios from owning cinemas.

Those restrictions have now been cleared meaning the likes of Disney+ and Amazon as well as the major film studios could now become cinema owners. 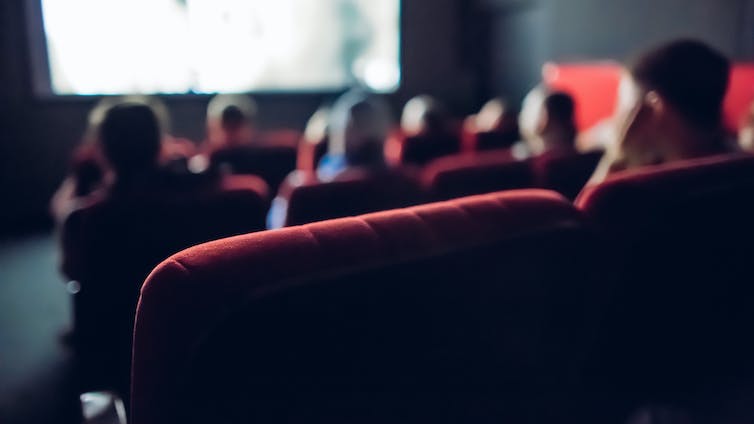 In this scenario, film exhibitors survive the massive financial hit from the loss of attendance and production and, once pandemic restrictions are lifted, it’s business as usual.

Business is even better than before, due to a glut of high-end product hitting the screen and a highly motivated audience.

Unfortunately, this third scenario is highly unlikely. Although some filming — including Tom Cruise’s Mission: Impossible 7 has resumed — COVID is not going away any time soon.

Read more: Australia's drive-ins: where you can wear slippers, crack peanuts, and knit 'to your heart's content'