Last week, US Supreme Court Justice Ruth Bader Ginsburg died of metastatic pancreatic cancer. Ginsburg’s “most fervent wish”, revealed by her granddaughter, was that she “not be replaced until a new president is installed”.

Barrett is 48, a devout Catholic and a professor at Notre Dame Law School in Indiana.

She was appointed by Trump to the US Court of Appeals for the Seventh Circuit in 2017 and was shortlisted for the Supreme Court vacancy ultimately filled by Brett Kavanaugh in 2018.

The future of Roe v. Wade

Ginsburg, known to her fans as the “Notorious RBG”, dedicated her life to the fight for equality and was the de facto leader of the liberal Supreme Court justices. If Barrett is confirmed, and Republicans have indicated they have the votes to fill the vacancy, this will be Trump’s third Supreme Court appointment.

Conservatives on the court would then have a 6-3 majority, which would likely have sweeping implications for an array of issues, including the future of Roe v. Wade, the 1973 Supreme Court ruling that guarantees a woman’s right to an abortion. 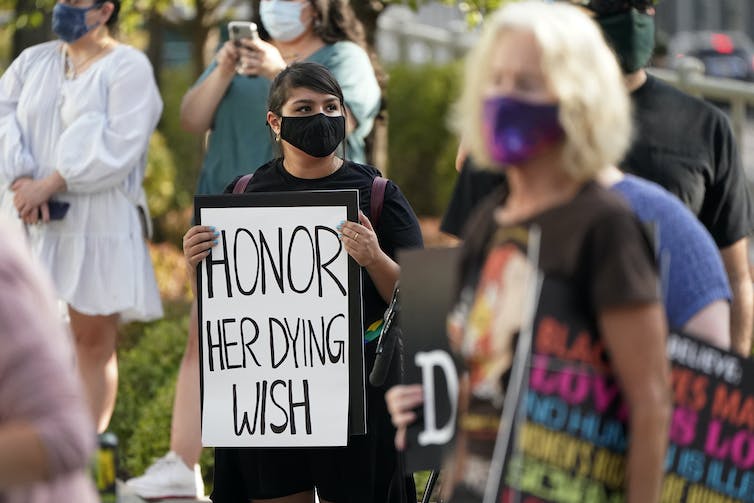 Since the late 1970s, Republicans have made opposition to Roe v. Wade a central element of their social, political and legal identity.

The Supreme Court has been at the heart of this strategy. Every Republican presidential candidate since Ronald Reagan has campaigned on a pledge to appoint justices who respect “the sanctity of innocent human life”.

Read more: This is why the fight over the Supreme Court could make the US presidential election even nastier

However, once a justice is confirmed to a lifetime appointment on the nation’s highest court, his or her voting behaviour is impossible to guarantee.

In the early 1990s, there were ostensibly seven conservative justices on the court, five of whom had been nominated by Republican presidents Reagan and George H.W. Bush.

Yet in the case Planned Parenthood v. Casey (1992), a challenge over abortion laws in the state of Pennsylvania, a triumvirate of Reagan-Bush appointees sided with the two liberal justices, arguing that “liberty finds no refuge in a jurisprudence of doubt” and the weight of precedent meant Roe v. Wade must be upheld. 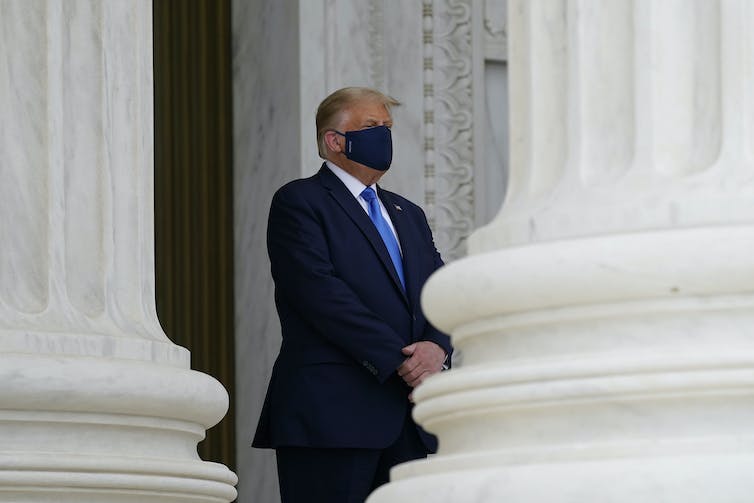 Trump believes he has enough Republican votes in the Senate to confirm his pick. ALEX BRANDON/POOL/EPA

But the current crop of conservative justices share a more uniform judicial philosophy than the Reagan-Bush appointments.

Like Barrett and her mentor, the late Justice Antonin Scalia, they champion the legal theory of “originalism”, which views Roe v. Wade and the broader right to privacy as a “fanciful reading” of the US Constitution.

Anti-abortion lawyers argue that if the court finds that the right to privacy does not exist, “the state would be free to regulate and prohibit abortion”.

Read more: The case of Biden versus Trump – or how a judge could decide the presidential election

Roberts no longer the swing vote

When Kavanaugh was confirmed in 2018, conservatives had a 5-4 majority on the court. Court watchers predicted Chief Justice John Roberts would emerge as a swing vote on a range of issues.

Roberts had cast votes with the liberal justices, most significantly in upholding the constitutionality of Obamacare (otherwise known as the Affordable Care Act) in 2012. He also has a well-established interest in the reputation of the Supreme Court and the importance of precedent.

In his 15 years on the bench, Roberts has made it clear he does not support abortion rights, but he was expected to avoid an outright assault on Roe v. Wade. 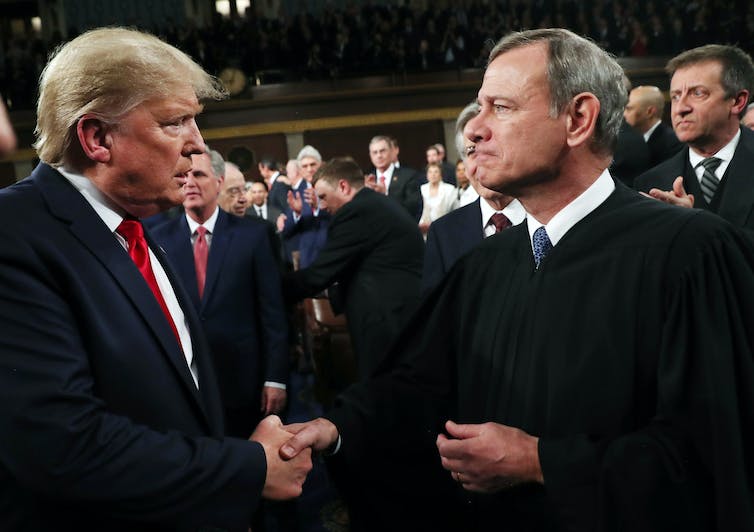 In June this year, Roberts sided with the liberal justices to rule a Louisiana anti-abortion law unconstitutional on the grounds that precedent was established in a nearly identical case the court had struck down in 2016. Yet in his separate concurrence, Roberts was clear he still agreed with his dissenting position in 2016.

If Barrett is confirmed, Roberts’ power as a swing voter will be dramatically diminished. This would affect the final judgements of the court, but just as significantly, it would shape what kind of cases the court hears.

Less dependent on Roberts, the conservative justices are likely to take up a broader range of controversial matters, confident they have a majority.

What abortion cases could be decided next

In her academic writing, Barrett has indicated significant opposition to Roe v. Wade, and in her brief time as a circuit judge, has ruled twice against abortion rights.

Currently, there are two abortion cases the justices could decide to hear. One is a challenge to a 2018 Mississippi law that banned abortion from 15 weeks, and the other relates to the provision of early medication abortions during the COVID-19 pandemic.

In the past decade, an unprecedented number of anti-abortion laws have been passed in US states, many based on model legislation developed by anti-abortion groups.

Many of these could be heard by the court in the next year or two. These include targeted regulation of abortion provision (TRAP) laws, which place prohibitive and medically unnecessary restrictions on doctors and clinics that provide abortion care. 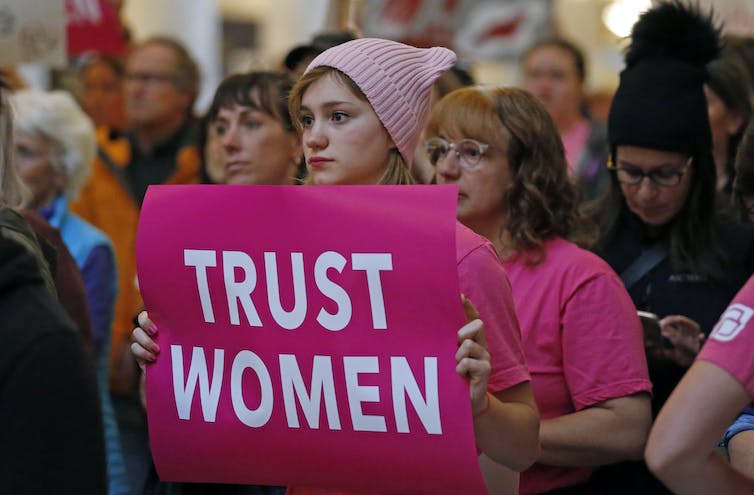 There are also more restrictive bans that prohibit abortion in the first trimester, either at conception or up to 6–8 weeks’ gestation.

Although Roe v. Wade is politically contentious, its popularity with the general public has remained stable since the late 1980s.

Read more: Can Trump and McConnell get through the 4 steps to seat a Supreme Court justice in just 6 weeks?

Most Americans support the ruling; surveys last year found between 60% and 77% want to see the decision upheld.

Yet the future of safe, legal abortion in the US will ultimately depend on how emboldened the conservative justices now feel.

Will they choose cases that incrementally erode abortion rights and access, or will they, for the first time since the 1990s, push for reconsideration of the constitutional issues and rights at the very heart of Roe v. Wade?

UPDATE: This story was updated on September 27 after Trump officially announced Barrett as his pick.