This week, he suggested using the Royal Australia Air Force (RAAF) VIP aircraft to bring people home. Albanese says these could bring the estimated 25,000 Australians stuck overseas, “100 at a time”.

While the federal government has downplayed this suggestion, the pressure to do more to bring home Australians stuck overseas continues.

So, is it feasible to use the RAAF? What challenges might this pose?

What are the VIP aircraft?

The VIP fleet is operated by the air force to fly the governor-general, politicians and military leaders on official business when commercial flights are not suitable.

Albanese has honed in on the VIP fleet for obvious reasons: it’s currently sitting idle, the aircrews involved need to maintain their flying proficiency and Australians have always held a jaundiced view of the aircraft being simply another “pollie perk”.

However, while all five aircraft are long range, only the two B737 Boeing Business Jets could conceivably carry the 100 people mentioned — and that’s after reconfiguring their normal VIP fit-out that accommodates 30 passengers. The other three aircraft, the brand new Dassault Falcon 7X executive jets, have room for only 14 passengers.

The five aircraft are good for the VIP role, but they are not large capacity international airliners. They are inherently a rather inefficient way to move large numbers of people.

What else could the RAAF use?

The RAAF does have seven large airliners in service. These are the aptly named KC-30A Multi-Role Tanker Transport, a modified Airbus A330 airliner used for air-to-air refuelling of fighter aircraft and strategic airlift. 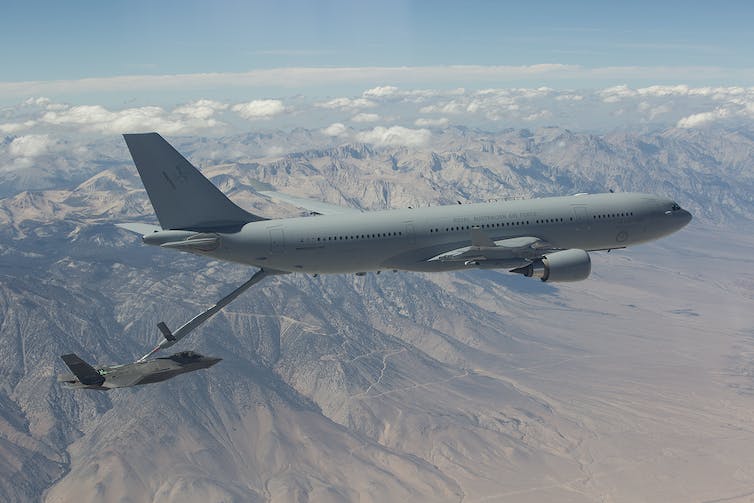 The RAAF have larger aircraft than the VIP fleet. Supplied/United States Air Force

In the latter role, each aircraft can carry 270 passengers. For the past several years, the aircraft have been busy in the Middle East. But the last deployed KC-30A is just returning.

Allowing for some aircraft being under maintenance and others busy with ongoing training, the RAAF could potentially allocate two to three KC-30A aircraft to the “bringing Aussies home” task.

It’s possible but not straightforward

This would not be as simple as it sounds. The KC-30As are military aircraft, so decisions would need to be made whether to fly them into civil or military airfields overseas.

In the latter case, embarking passengers may be difficult. Moreover, being military aircraft (not scheduled civil air services), formal diplomatic approval would need to granted by the other countries involved.

There are further technical issues of guarding RAAF aircraft if they need to remain overnight at a foreign airfield, refuelling the aircraft on arrival, embarkation procedures and keeping the crews COVID–free.

There are also more mundane matters. like having aircraft stairs available and monitoring pilot duty hours — exhausted pilots are a flight safety hazard.

While this is technically feasible, there are also efficiency concerns.

Australians are scattered across the globe. They may need to find their way to major departure airport hubs — as diverting a large aircraft to pick up only a few passengers from a country may not be sensible. In addition, smaller countries may be unsure about letting a large, obviously military aircraft use their airfields.

It is in these smaller countries that Albanese’s idea of using the two B737 Business Jets might be more appropriate.

Read more: Australians don't have a 'right' to travel. Does COVID mean our days of carefree overseas trips are over?

But if the RAAF has airliners, so too do the civil airlines. Qantas has many aircraft and crews available at the moment who, like the RAAF’s VIP crews, need to maintain their flying experience.

It’s true Australian taxpayers have already paid for the RAAF aircraft and crews, so the additional costs of picking up stranded Australians would be low. On the other hand, the airlines and their associated unions are in difficult circumstances. Should the RAAF do what Qantas could?

On Thursday, Qantas chief executive Alan Joyce told Radio National the airline was in talks with the federal government to subsidise flights home. 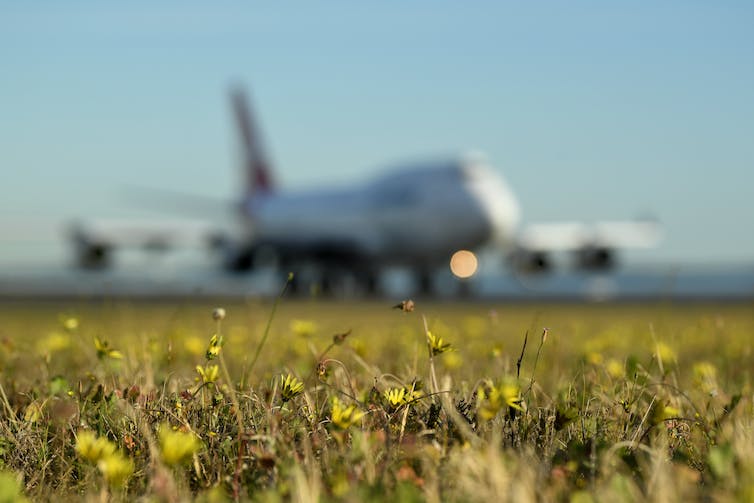 Perhaps Qantas flights should be used instead of the RAAF. Joel Carrett/AAP

Finally, there’s the issue of quarantine. Only 4,000 Australians have been allowed back each week due to government imposed quarantine hotel restrictions. After a federal government push to the states, this is set to be increased to 6,000.

Large airliners, whether operated by the RAAF or commercial airlines, can bring many people home, but the cap on arrivals is a notable constraint.

This means the biggest benefit of such an approach might be not so much bringing more people home, but making the flights affordable and available. Today, with strict passenger limits, the airlines are charging high fees. This is a significant impediment to people returning, even with the Australian government offering loans to assist.

We could use the RAAF if we wanted to

So, while Albanese’s idea may be critiqued on its finer points, it is broadly doable. It’s perhaps a good if small example of politics in action.

At its core, when it comes to bringing home Australians in distress, it becomes a simple political question.

How should the government spend Australia’s taxpayer dollars?

Read more: There's a ban on leaving Australia under COVID-19. Who can get an exemption to go overseas? And how?