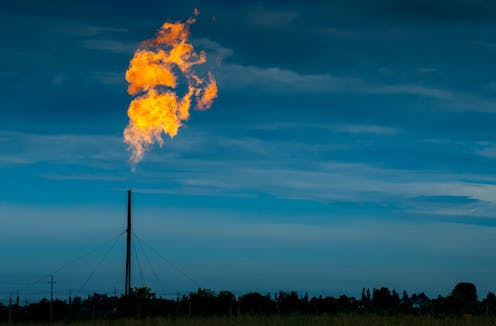 Methane is a shorter-lived greenhouse gas -...

CC BY-ND Climate Explained is a collaboration between The Conversation, Stuff and the New Zealand Science Media Centre to answer your questions about climate change. If you have a question you’d like an expert to answer, please send it to climate.change@stuff.co.nz Methane is a shorter-lived greenhouse gas - why do we average it out over 100 years? By doing so, do we risk emitting so much in the upcoming decades that we reach climate tipping points? The climate conversation is often dominated by talk of carbon dioxide, and rightly so. Carbon dioxide is the climate warming agent with the biggest overall impact on the heating of the planet. But it is not the only greenhouse gas driving climate change. Comparing apples and oranges For the benefit of policy makers, the climate science community set up several ways to compare gases to aid with implementing, monitoring and verifying emissions reduction policies. In almost all cases, these rely on a calculated common currency - a carbon dioxide-equivalent (CO₂-e). The most common way to determine this is by assessing the global warming potential (GWP) of the gas over time. The simple intent of GWP calculations is to compare the climate heating effect of each greenhouse gas to that created by an equivalent amount (by mass) of carbon dioxide. Read more: Climate explained: why countries don't count emissions from goods they import In this way, emissions of one gas - like methane - can be compared with emissions of any other - like carbon dioxide, nitrous dioxide or any of the myriad other greenhouse gases. These comparisons are imperfect but the point of GWP is to provide a defensible way to compare apples and oranges. Limits of metrics Unlike carbon dioxide, which is relatively stable and by definition has a GWP value of one, methane is a live-fast, die-young greenhouse gas. Methane traps very large quantities of heat in the first decade after it is released in to the atmosphere, but quickly breaks down. After a decade, most emitted methane has reacted with ozone to form carbon dioxide and water. This carbon dioxide continues to heat the climate for hundreds or even thousands of years. Emitting methane will always be worse than emitting the same quantity of carbon dioxide, no matter the time scale. How much worse depends on the time period used to average out its effects. The most commonly used averaging period is 100 years, but this is not the only choice, and it is not wrong to choose another. As a starting point, the Intergovernmental Panel on Climate Change’s (IPCC) Fifth Assessment Report from 2013 says methane heats the climate by 28 times more than carbon dioxide when averaged over 100 years and 84 times more when averaged over 20 years. Many sources of methane On top of these base rates of warming, there are other important considerations. Fully considered using the 100-year GWP and including natural feedbacks, the IPCC’s report says fossil sources of methane - most of the gas burned for electricity or heat for industry and houses - can be up to 36 times worse than carbon dioxide. Methane from other sources - such as livestock and waste - can be up to 34 times worse. 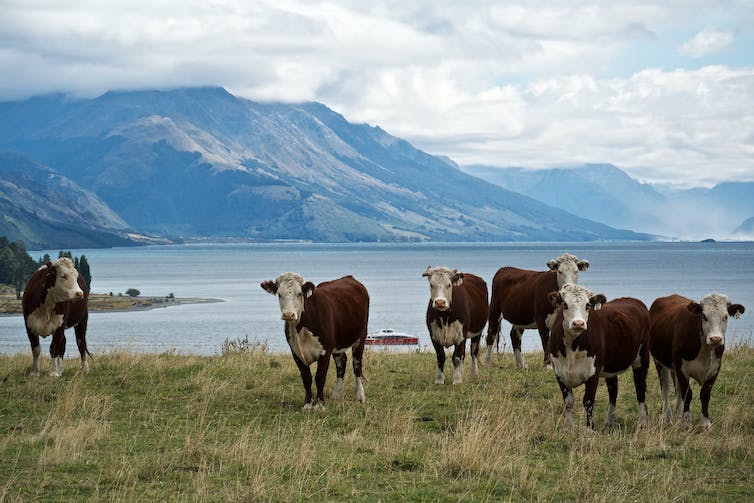 Livestock are a source of methane emission into the atmosphere. Flickr/mikeccross, CC BY-NC-ND While some uncertainty remains, a well-regarded recent assessment suggested an upwards revision of fossil and other methane sources, that would increase their GWP values to around 40 and 38 times worse than carbon dioxide respectively. These works will be assessed in the IPCC’s upcoming Sixth Assessment Report, with the physical science contribution due in 2021. While we should prefer the most up to date science at any given time, the choice to consider - or not - the full impact of methane and the choice to consider its impact over 20, 100 or 500 years is ultimately political, not scientific. Undervaluing or misrepresenting the impact of methane presents a clear risk for policy makers. It is vital they pay attention to the advice of scientists and bodies such as the IPCC. Undervaluing methane’s impact in this way is not a risk for climate modellers because they rely on more direct assessments of the impact of gases than GWP. Tipping points The idea of climate tipping points is that, at some point, we may change the climate so much that it crosses an irreversible threshold. At such a tipping point, the world would continue to heat well beyond our capability to limit the harm. There are many tipping points we should be aware of. But exactly where these are - and precisely what the implications of crossing one would be - is uncertain. Read more: Climate explained: why does geothermal electricity count as renewable? Unfortunately, the only way we can be sure of where these tipping points are is to cross them. The only thing we know for sure about them is that the impact on lives, livelihoods and the places we love would be beyond catastrophic if we did. But we cannot ignore disturbing impacts of climate change that are already here. For example, damage to the landscape from the Black Summer bushfires may be irreversible and this represents its own form of climate tipping point. The scientific understanding of climate change goes well beyond simple metrics like GWP. Shuffling between metrics - such as 20-year or 100-year GWP - cannot avoid the fact our very best chance of avoiding ever-worsening climate harm is to massively reduce our reliance on coal, oil and gas, along with reducing our emissions from all other sources of greenhouse gas. If we do this, we offer ourselves the best chance of avoiding crossing thresholds we can never return from.