Many of us may remember the magnitude 6.2 earthquake that hit Christchurch, New Zealand, on February 22 2011. The quake caused 185 deaths, thousands of injuries and billions of dollars in damage and economic loss.

But six months before that earthquake an interconnected maze of previously unidentified active faults ruptured beneath the alluvial plains some 20km to 80km west of Christchurch.

This multi-fault rupture produced a magnitude 7.1 earthquake that released 13 times more energy than the Christchurch earthquake. It was named the Darfield earthquake, after the nearest town, and violently shook us from our beds at 4.35am on September 4 2010.

No deaths occurred, but the significant damage to land and infrastructure stimulated numerous scientific investigations.

Read more: New Zealand sits on top of the remains of a giant ancient volcanic plume

Ten years on and it is useful to summarise some of the lessons learned in its aftermath.

Within hours of the Darfield earthquake, scientists rushed to the scene. They located evidence for a major ground surface rupture at Highfield Road (pictured above).

This site quickly became a geological tourist destination for the public, news media and politicians alike. 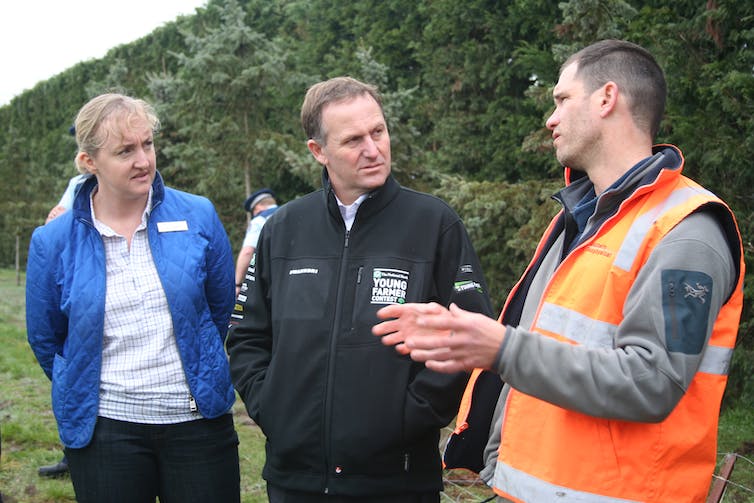 Many scientific experiments were done there, including the excavation of large trenches and age-dating of faulted sediments. This revealed an earthquake had occurred at this location, with similar characteristics, some 22,000 to 28,000 years ago.

Evidence for this ancient quake was eroded and buried beneath the gravels of the Canterbury Plains, so the fault system evaded discovery until its rupture in 2010.

But its emergence supported prior assertions that this sparsely studied region was populated with hidden active faults that could generate earthquakes with maximum magnitudes of 7.0 to 7.2.

The existence of planning guidelines at or near active faults before the Darfield earthquake also allowed scientists to rapidly place their preliminary observations into a decision-making context.

Specifically, decisions to allow residents to rebuild in the area after the Darfield earthquake were able to be made before all scientific evidence was acquired.

From this perspective, even though the Darfield earthquake was commonly described as a surprise, it was a scenario that seismic hazard models, building codes and land-use planning guidelines had considered before it occurred.

This reaffirms some important lessons in science: uncertainty and risk are everywhere, but we can create systems and guidelines to allow us to cope with this.

And to best contribute to decision-making, scientists need to be prepared, collaborative, diverse, strategic and very efficient in how we collect and communicate scientific information to decision-makers. This can be quite demanding in the time-compressed environment of a crisis.

By combining a range of data New Zealand scientists were the first to recognise the Darfield earthquake began on a very steep, unfavourably oriented fault that theory suggests was too inclined to rupture.

But it did rupture and cascaded from this fault (the Charing Cross Fault) on to its neighbour (the Greendale Fault) and across the fault network. 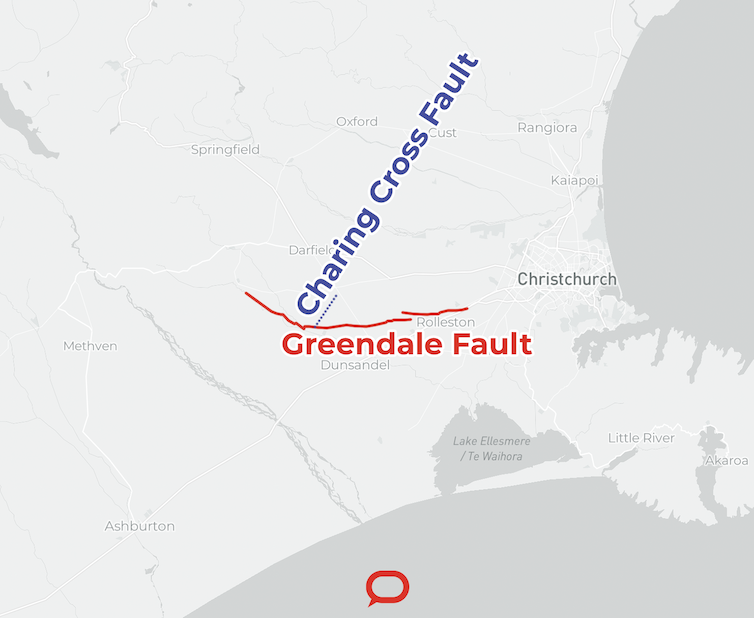 Mapbox/The Conversation, CC BY-ND We remain intrigued by this aspect, and have hypothesised that unfavourably oriented faults like Charing Cross may act as keystones that regulate the rupture behaviours of complex fault networks like those responsible for the Darfield earthquake. Our modelling also shows complex multi-fault ruptures like the Darfield earthquake (and the Kaikoura earthquake in 2016) may be more common than single-fault earthquakes in these types of geologically complex regions. This requires more careful consideration of how we variably distinguish or amalgamate them into seismic hazard models. Earthquake hazards as harbingers Earthquake hazards experienced in the Darfield earthquake such as falling rocks and liquefaction were harbingers of future hazards. For example, the backyard of my house in eastern Christchurch first liquefied in the Darfield earthquake. The ground recurrently liquefied in at least nine more earthquakes over the next 16 months. Subsequent studies revealed that liquefaction of similar severity is expected to recur on timescales of 100 to 300 years. And geological evidence for all of these hazards existed in our landscape before the earthquake sequence even began. At the time of the Darfield earthquake, we had yet to understand the origins and significance of many of these hazards. Thus they did not inform land-use planning decisions. Major programs in earthquake hazards operating across New Zealand continue to help improve our understanding of them and can support future decision-making. Similarly complex fault systems are found throughout the Canterbury Plains and provide similar sources of hazard. Complex multi-fault earthquakes may be the norm, rather than the exception. Read more: Satellites reveal melting of rocks under volcanic zone, deep in Earth's mantle Major rockfall events analogous to those experienced in the 2011 Christchurch earthquakes have average return periods of 3,000 to 5,000 years. This does not mean future events cannot occur again within a significantly shorter time. The Darfield earthquake stimulated an intense interest in using multiple geological sources to understand earthquakes. This knowledge is still influencing the trajectory of earthquake science more broadly. Together with advances in engineering and other disciplines, this work shifts the narrative away from predicting the exact times and locations of earthquakes, which may never be possible, towards reducing the risks and enhancing our resilience to future events. 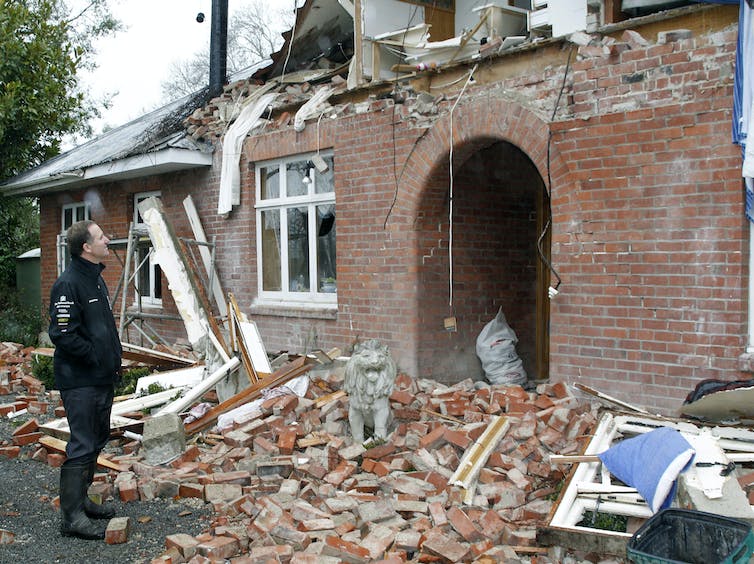 Then PM John Key in front of a farmhouse destroyed by the Darfield earthquake. Rob Griffith/AP