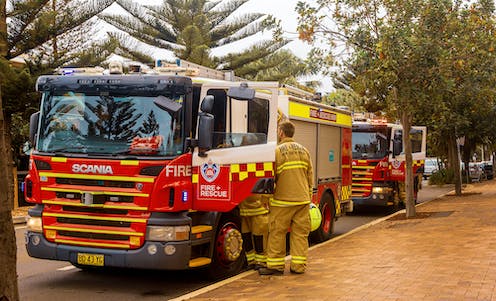 Its observations in the wake of our Black Summer suggest the commission’s final report, due on October 28, may recommend a major shake-up of how disaster management is governed at the federal level. This includes setting up...

Its observations in the wake of our Black Summer suggest the commission’s final report, due on October 28, may recommend a major shake-up of how disaster management is governed at the federal level. This includes setting up a national body focused on recovery from and resilience to future disasters.

Most initial observations are uncontroversial and sensible, but there is a glaring omission. It involves the most urgent measure to reduce the risk of future disasters: reducing greenhouse gas emissions.

In my former role as the United Nations Secretary General’s Special Representative for Disaster Risk Reduction, I saw first-hand the impacts of natural disasters, and nations’ efforts to build their climate change resilience. The royal commission process is a unique opportunity to accelerate progress in these areas, which are so critical for Australia’s future.

What’s in the report?

In February, the royal commission was tasked with finding ways to improve disaster management in three main areas:

The initial observations touch on each of these areas. This includes the need to collate, harmonise and share disaster data across jurisdictions; enhance research in climate and disaster resilience; reassess aerial firefighting capabilities; and plan more effectively around critical infrastructure. 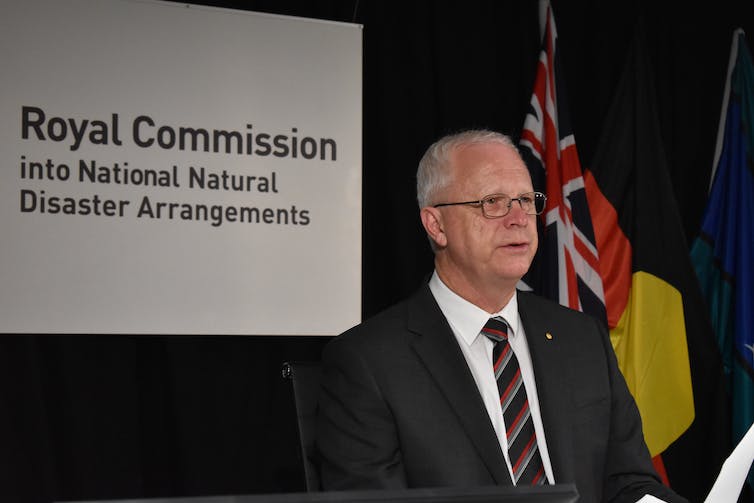 It’s also worth noting the royal commission hasn’t yet formed a view on a key change Prime Minister Scott Morrison suggested was necessary in the wake of the bushfires: establishing the legal authority for the federal government to declare a national state of emergency. Currently, only state and territory governments have this power.

Read more: Explainer: what is a 'state of disaster' and what powers does it confer?

And controversially, the commission suggests the long-standing role of the Australasian Fire and Emergency Service Authorities Council (AFAC) should be transferred to a federal government agency.

AFAC is a non-government organisation that facilitates the deployment of emergency personnel and equipment interstate and internationally. But the states and territories may not be willing to relinquish the engagement they have under the current arrangements. 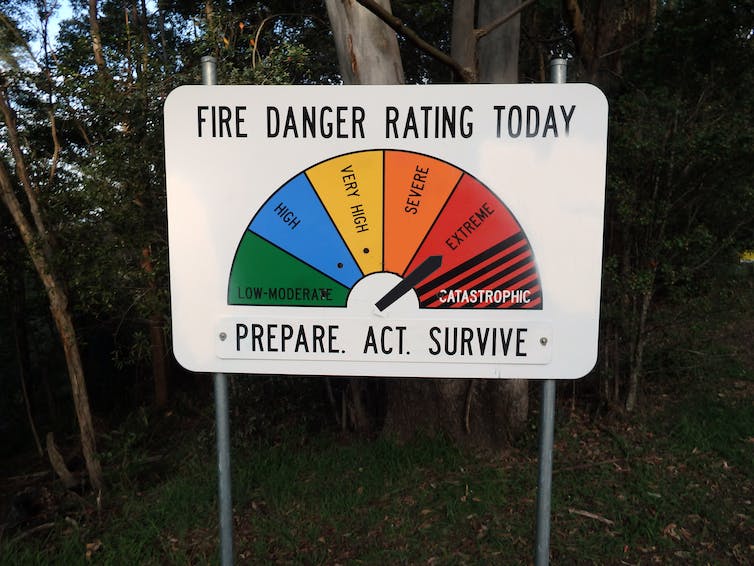 The royal commission also reported that many people said terms like ‘watch and act’ were confusing. Shutterstock

Most importantly, the royal commission is considering consolidating disaster recovery and resilience functions in a new national body.

Consolidation makes good sense as the recovery phase from disasters can contribute to strengthening resilience.

It’s also sensible to separate the resilience function from the disaster response function, currently led by Emergency Management Australia. In my experience, resilience work rarely gets the whole-of-government attention it deserves when it’s embedded in agencies focused around responding to emergencies.

After the devastation Black Summer wrought, it’s clear resilience to future disasters must start with action on climate change. So it’s disappointing the royal commission has not yet commented on the need to lower greenhouse gas emissions as rapidly as possible.

Although COVID-19 has masked our awareness of the rapidly increasing climate threat, the evidence — even over just the past three months — is overwhelming.

In June, the record was set for the highest temperature ever recorded in the Arctic. The associated unprecedented heatwave in Siberia contributed to massive bushfires razing an astonishing 20 million hectares. 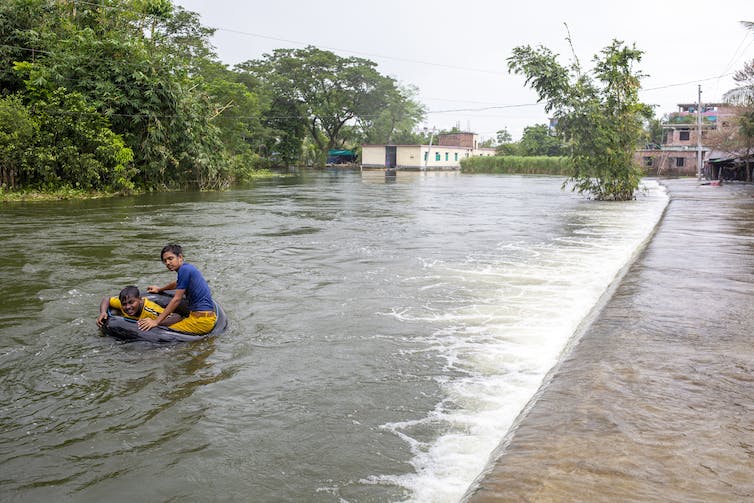 Catastrophic floods in Bangladesh were among many disasters that occurred in the last three months. EPA/Monirul Alam

In China the figure was 63 million, with daily rainfall records set across the country. China’s Three Gorges Hydroelectric Dam, the world’s biggest, received the largest inflow of water in its history, prompting fears last week the dam would be breached.

In southern Japan, record-setting rains that dumped 1,000 millimetres of water in just three days forced hundreds of thousands of people from their homes.

Then, earlier this month, deadly fires erupted across California, exacerbated by persistent drought and record-setting temperatures. In just five days, the fires burned more land in the state than was destroyed in all of 2019.

While it’s difficult to scientifically demonstrate that climate change “causes” any one disaster, the general direction is crystal clear. As the climate continues to warm, the frequency and severity of these events will increase.

Read more: California is on fire. From across the Pacific, Australians watch on and buckle up

These communities are increasingly in the unsustainable situation of chronically recovering from disasters. 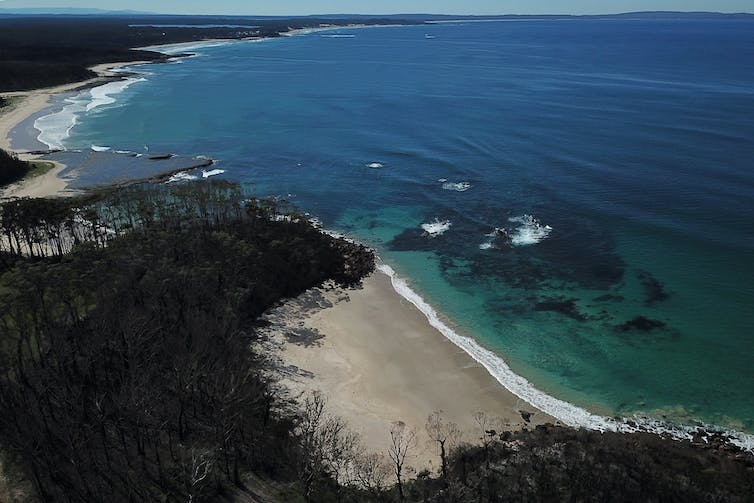 The prime minister has argued “Australia, on its own, cannot control the world’s climate, as Australia accounts for just 1.3% of global emissions”.

But because we’re disproportionately vulnerable to the threats of climate change, it’s imperative we convince other nations to reduce their greenhouse gas emissions.

Our international advocacy will only be credible if we strengthen our own ambition to mitigate climate change. And as the government prepares to submit its updated targets under the Paris Climate Agreement, a recommendation to reduce emissions from the royal commission would be appropriate and extremely useful.