Last month, the Japanese government announced a plan to retire its fleet of old, inefficient coal-fired generation by 2030. And what happens to coal power in Japan matters a lot to Australia.

Australia shipped more than A$9 billion dollars’ worth of thermal coal to Japan in 2019 – about 12% of our total thermal coal exports.

In the short term, several new coal plants are being built in Japan to replace scrapped capacity. But there are signs investors are not flocking to invest in expensive new Japanese coal technology.

And in the long run, the investment environment for new coal technology is worsening. If Japan’s commitment to coal weakens, that will mean less demand for Australia’s exports. 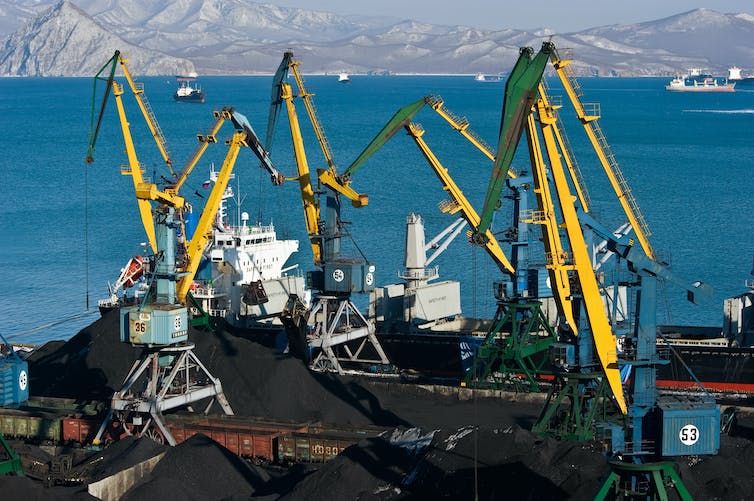 Coal on a ship at the Japanese port of Nakhodka. Japan is phasing out its old coal infrastructure. Shutterstock

Almost all Japan’s nuclear power stations remain shuttered ten years after the Fukushima disaster. The Japanese government has positioned coal as a long-term hedge against the possibility the nuclear power restarts will not proceed as hoped.

However, Japan has also been criticised for its lack of ambition on plans to address climate change under the Paris Agreement.

Last month, the government signalled it will decommission about 100 inefficient coal-fired power units. It aims to reduce coal’s share of the power mix to 26% by 2030 – down from 32% in the 2018 financial year.

The big questions are: what are the prospects for Japan’s coal fleet, and what does this mean for Australia?

The Japanese government is supporting investment in newer plants, including some that use a high-pressure “gasifier” to turn coal into gas. But these types of plants are expensive to build. With a typical coal plant expected to operate for about 40 years, companies are wary of making huge outlays with relatively limited time to recoup the investment. 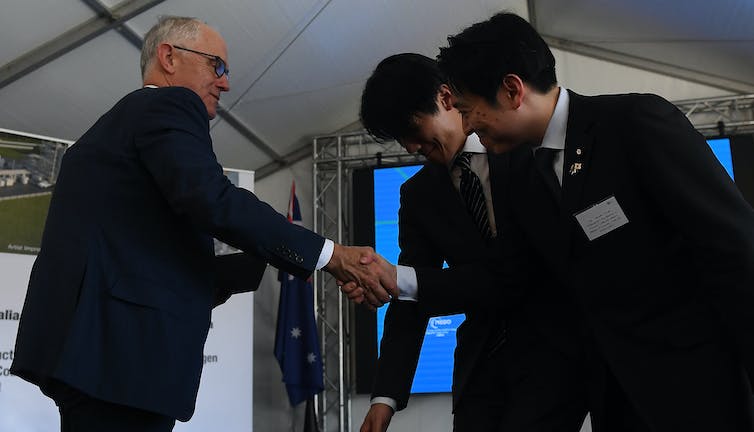 Then prime minister Malcolm Turnbull shakes hands with a Japanese dignitary at Loy Yang A power station in Victoria. Japan’s phase-out of old coal plants raises questions over its demand for Australian coal in the long term. Julian Smith/AAP

In Europe and elsewhere, such changing economics have helped drive falls in the number of hours that coal plants operate. Globally, final investment decisions for new coal plants fell from more than 100GW in 2010 to just over 20GW in 2018. Although it might take a little longer in Japan, there is no reason to expect things to be different there.

Crucially, these dynamics are underpinned by shifts in Japan’s electricity market to encourage more competition. Over time, that should mean companies find it increasingly difficult to pass the costs of expensive investments in coal technologies to final customers. 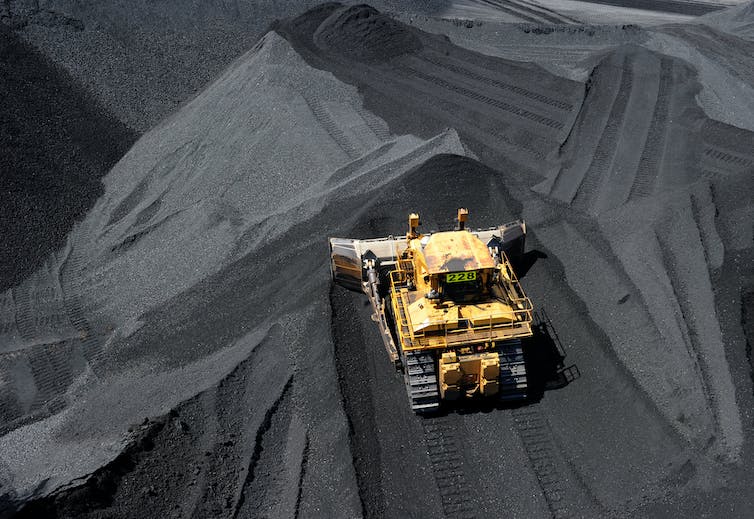 Australia shipped more than A$9 billion dollars of thermal coal to Japan in 2019. Dave Hunt/AAP

The world will recover from the pandemic. But in the longer term, coal in Japan faces even stiffer headwinds – not least market competition and increasing renewables from offshore wind and other technologies.

This creates real questions about the appetite of Japanese companies to wage the increasingly risky bet that coal-fired power represents. Changes in Japan’s power market show the need for Australia to begin transiting to an economy less reliant on carbon-intensive exports.

Read more: If we could design JobKeeper within weeks, we can exit coal by 2030. Here's how to do it