While the COVID-19 pandemic is dominating domestic politics and will likely feature prominently in the upcoming Queensland election, there are other issues at play in this weekend’s election in the Northern Territory.

One of the thorniest issues is whether the NT government will follow Victoria in signing a memorandum of understanding to join China’s controversial Belt and Road Initiative — and whether the NT could become over-reliant on China.

China has long been a politically sensitive issue in the territory. The decision by the NT government to lease the Darwin port to a Chinese company for 99 years remains a sore point for many. It was meant to symbolise Darwin as a “gateway to Asia”, but has been seen by some as China’s “gateway south”, into the territory.

His office hasn’t disclosed to the public what they were, but Gunner’s spokesman has denied the government has already signed up to the BRI or any related projects.

The NT Independent has filed a freedom of information request to force the government to release details of any deals it has signed with China, but the newspaper says the government has yet to act on it.

Both Labor and the CLP have been cautious in how they talk about China and Belt and Road, claiming they would not pursue anything that went against Australia’s strategic interests.

Gunner and the incumbent Port of Darwin member, Paul Kirby, have been quick to remind the electorate that it was not a Labor government that leased the Darwin Port. However, when the chief minister hosted the Chinese ambassador, Cheng Jingye, at a reception in Darwin in October, he described the port deal as a “win” for Australia.

The CLP, meanwhile, says if it wins the election, it would work with the federal government to take advantage of the “economic interests China presents”. This is generally in line with the position advocated by the NT Australia-China Business Council.

The leader of the new Territory Alliance party, Terry Mills, who is a former NT chief minister, also says his party would develop “constructive” relationships with China. He added, however, that the NT’s “most critical infrastructure relationship is with the Commonwealth government.”

Why is Belt and Road so important to China?

China’s domestic politics are vital to understanding the BRI. This is President Xi Jinping’s initiative, enshrined in the Communist Party constitution at its 2017 National Congress. This means it is directly connected to the party’s legitimacy.

The BRI is an evolving, ambiguously-defined network of deals in which China agrees to invest in other countries’ infrastructure development, including roads, rail and ports. The Chinese enterprises involved in the projects can be aligned with local Chinese governments and not necessarily Beijing. But at its centre lies the Communist Party’s ubiquitous power.

Chinese diplomats can chalk up victories at home if they can entice even provincial politicians overseas to sign a memorandum of understanding to join the BRI — even if these are not legally enforceable or economically important.

For instance, when Gunner hosted the Chinese ambassador in October, he described the BRI as a “win-win for China and Australia” and a way to “work together to develop common bonds”.

Securing deeper access to the resources-rich Northern Territory would be seen as a boon within China. Gunner’s speech would have played well domestically, even though the NT is not well known to most Chinese. 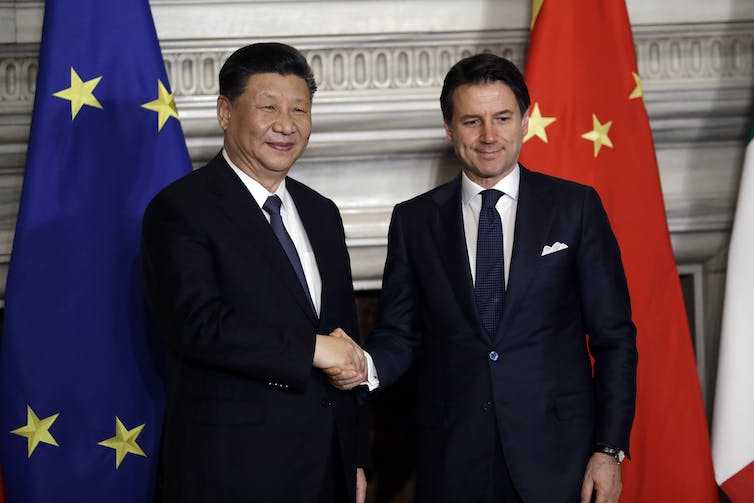 Potential benefits and risks to the NT

The economic impact of COVID-19 has been disastrous for the NT, with its debt set to hit $8.2 billion this financial year. This makes China — and the investment it can bring — alluring.

Indeed, when Gunner was in the southern Chinese cities of Guangzhou and Shenzhen in October, he touted the benefits of doing business in the NT, particularly for companies in information technologies. He said,

We have a lot of raw resources in the NT — lithium, rare earths and vanadium. … We can produce what Shenzhen needs to manufacture. 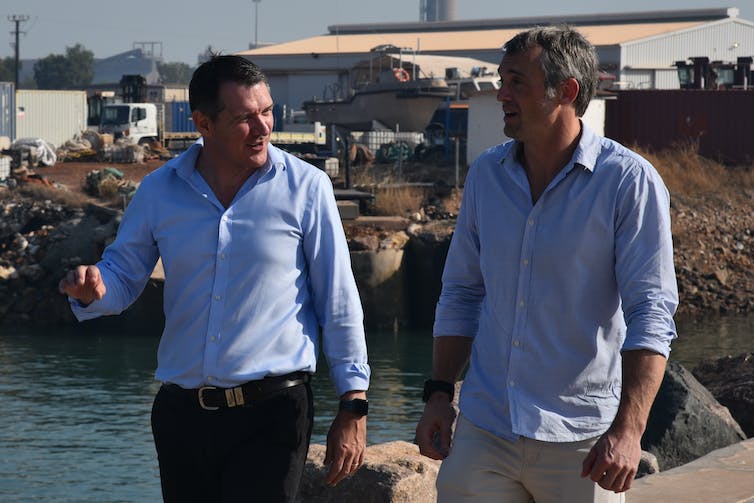 However, tensions at the federal level between Australia and China have escalated during the pandemic and cannot be ignored. Seeking to clarify the federal government’s stance on the BRI in June, Trade Minister Simon Birmingham said:

While there are potential benefits for the NT when it comes to increased trade with China, there are clearly risks as well.

China has used its trade leverage to impose hefty tariffs on Australian beef and barley exports and, this week, targeted the wine industry. Beijing has also made thinly veiled threats that Chinese students will find it more difficult to study in Australia.

None of this is lost on the NT electorate. These are very persuasive reasons to diversify markets and supply chains.

Read more: Why we should worry about Victoria's China memorandum of understanding

The lure of Chinese markets and investment remains irresistible to many politicians in the NT and elsewhere. But such opportunities must be met with caution. The BRI is vital to China’s ability to influence international trade, finance and legal frameworks. There are serious concerns that it could also be a trojan horse for military expansion.

Northern Territory voters are well aware that geopolitics hover over their election due to their location. All they can do is demand greater awareness of the risks involved and more transparency from their leaders about any over-reliance on a single market.

Read more: Disunity is death? The demise of the CLP government in the Northern Territory