Whakapapa [genealogy] binds tākata whenua [people of the land] to the mountains, rivers, coasts and other landscapes, linking the health of the people with that of the environment. Like humans, species have whakapapa that connects them to their natural environment and to other species. If whakapapa is understood thoroughly, we can build the right environment to protect and enhance any living thing.

These are the words of Mananui Ramsden (with tribal affiliations to Kāti Huikai, Kāi Tahu), coauthor of our new work, in which we show that centring Indigenous peoples, knowledge and practices achieves better results for wildlife translocations.

Moving plants and animals to establish new populations or strengthen existing ones can help species recovery and make ecosystems more resilient. But these projects are rarely led or co-led by Indigenous peoples, and many fail to consider how Indigenous knowledge can lead to better conservation outcomes. 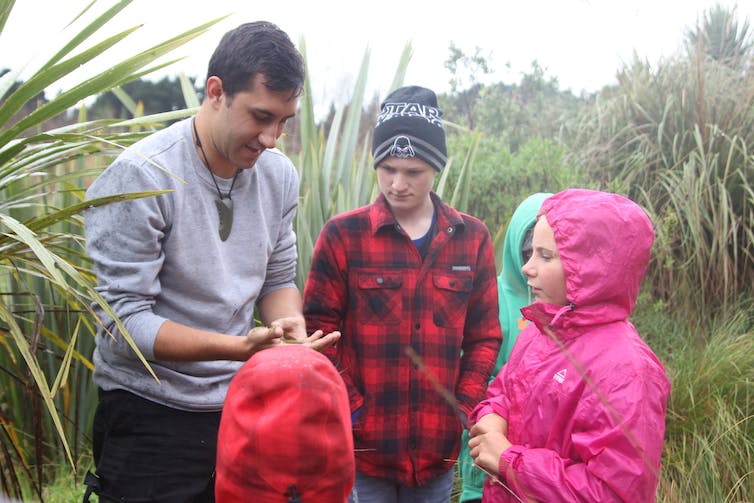 We argue that now more than ever, we need transformative change that brings together diverse ways of understanding and seeing to restore ecosystems as well as cultural practices and language.

Read more: Indigenous peoples are crucial for conservation – a quarter of all land is in their hands

Experience in Aotearoa and around the world shows Indigenous-led or co-led approaches achieve better environmental and social outcomes. For example, by combining distributional data with cultural knowledge about plants used for weaving or traditional medicines, we can work out whether they will grow in places where they are most important to people under future climate conditions.

In our Perspective article, we present a new framework for reimagining conservation translocations through the Mi’kmaq (First Nations people of Canada) principle of Etuapmumk, or “Two-Eyed Seeing”. In the words of Mi’kmaq elder Dr Albert Marshall, Two-Eyed Seeing is:

At the centre of this framework lies genuine partnership, built on mutual trust and respect, and collective decision making. This approach can be extended to local contexts around the world.

In Aotearoa, Te Tiriti o Waitangi (Treaty of Waitangi, 1840) provides a foundation for building equitable partnerships between tākata whenua (people of the land) and tākata Tiriti (people of the treaty). For us, as a team of Māori and non-Māori researchers and practitioners, Two-Eyed Seeing means centring mātauraka Māori (Indigenous knowledge systems).

Together with two conservation trusts, Te Nohoaka o Tukiauau and Te Kōhaka o Tūhaitara, we have been working to co-develop strategies to restore native wildlife at two wetlands in Te Waipounamu (the South Island).

These studies are weaving together genomic data and mātauraka Māori (Māori knowledge systems) to restore populations of mahika kai (food-gathering) species such as kēkēwai (freshwater crayfish) for customary or commercial harvest, and kākahi (freshwater mussel) as ecosystem engineers. We are also developing translocation strategies for kōwaro (Canterbury mudfish), one of Aotearoa’s most threatened freshwater fish. 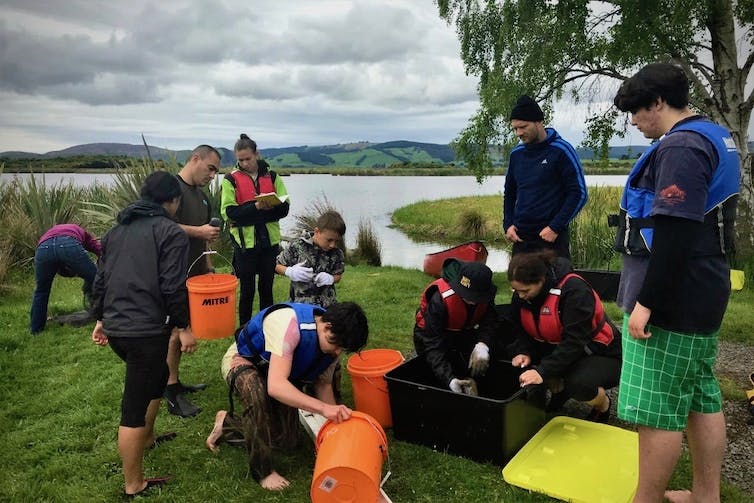 Where ecological data is scarce in Western science, such as for many native freshwater fish and invertebrates, past management of those species (for example, translocations along ancestral trails) can inform whether, and how, we mix different populations together today.

For some species, such as kōwaro, there has been little consideration as to how the mātauraka (knowledge) held by local iwi (tribes) and hapū (sub-tribes) can enhance conservation translocation outcomes.

The biodiversity crisis calls on all of us to work together at the interface of Indigenous knowledge systems and Western science.

At the coastal park Te Nohoaka o Tukiauau and Tūhaitara, the revival and inter-generational transfer of knowledge and customary practices is restoring ecosystems that will be renowned for sustainable practice and as important Kāi Tahu mahika kai (food-gathering places).

We contend that centring Indigenous people, values and knowledge through Indigenous governance, or genuine co-governance, will enhance conservation translocation outcomes elsewhere, particularly for our most threatened and least prioritised species.