Most countries have a staple food: native, fast-growing and easy-to-store plants high in carbohydrates.

In Africa, it’s sorghum. In Asia, rice. In the Americas, corn and potato. Around the Mediterranean Sea, the Middle East and Europe, it’s wheat and barley.

Australia is an exception – we do not have a staple food. But native grasslands provide ample opportunity to produce grains. In fact, Aboriginal people once used native grasses to make bread, and there is evidence they were the world’s first bakers.

We argue it’s time to resurrect Australia’s ancient breadmaking tradition. Let’s take a closer look at the reasons why. 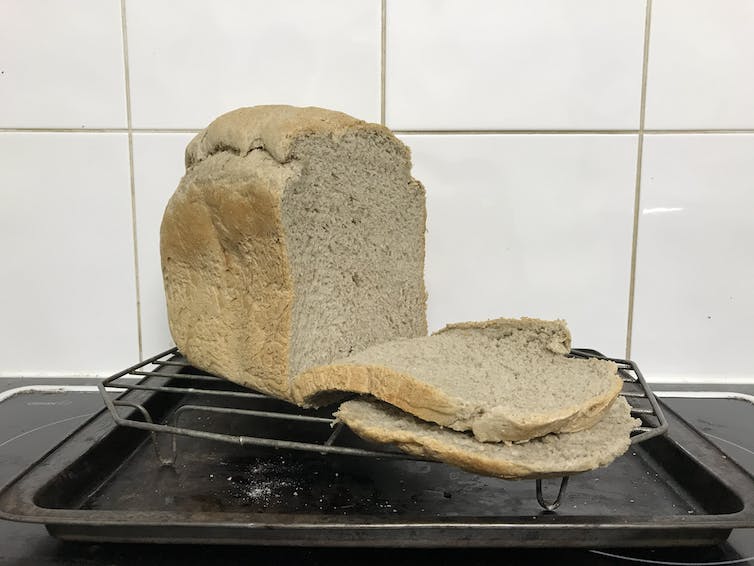 In an area known as the Panara, located in a ring around central Australia, Aboriginal people used sophisticated fire-based techniques to manage grasslands and harvest grain. They collected the grain in bulk several times a year, then stored it in the off-season.

The grains harvested were from native grasses – species well suited to growing in local conditions. They were ground, mixed with water then baked in hot coals, to produce a bread resembling damper.

So why doesn’t this collection and preparation of native grains still happen today? There’s no clear answer, however preparing seed for food was very time- and labour-intensive. Also, as Aboriginal groups were massacred or forcibly removed from Country, such practices, and associated knowledges, largely disappeared. 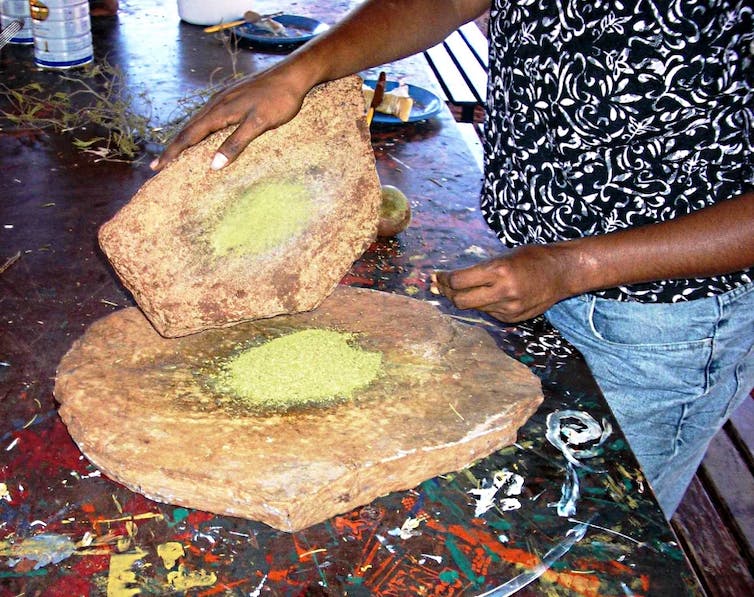 The benefits of staple food

A native, staple Australian crop would allow us to grow food suited to our environment.

The benefits of producing food from native grasslands are well known. Grasslands need limited, if any, fertiliser, no pesticides, and can tap into groundwater so they don’t need irrigation or land cultivation.

Australia’s total agricultural production is currently worth about A$60.8 billion a year, and we export about 65% of what we produce. A staple Australian food might not contribute directly to the value of our agricultural exports, at least in the short term. But it may reduce the cost of pest control by increasing habitat for beneficial predators. It also represents a low-risk venture that provides returns to growers who want to increase the native vegetation on their properties.

We are not advocating the wholesale adoption of native grasses as a staple food crop in Australia. But it would be prudent to investigate how native grasses grow and produce seed, to better understand how current farming practices might be improved. 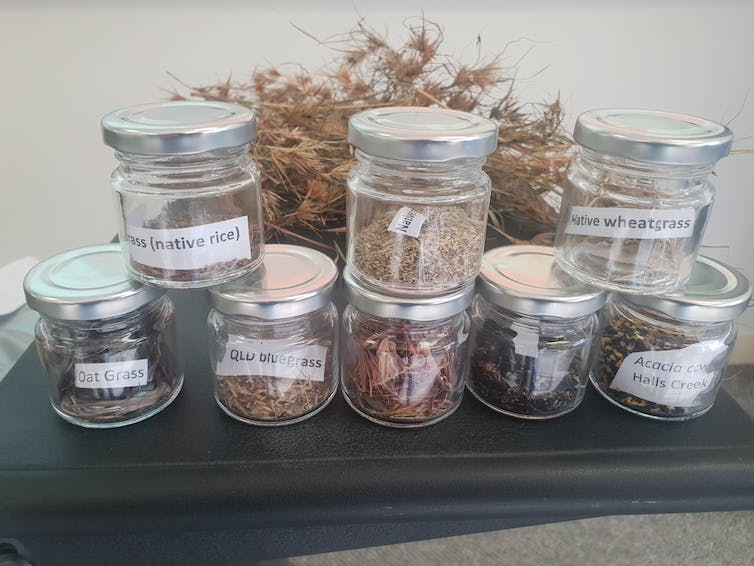 Returning to native grasslands would provide a way to understand Indigenous perspectives on looking after Country.

A number of grasses were used by Aboriginal people, all of which might be a good staple food for Australia. The best approach would be to grow a range of species matched with local customs, soil types, rainfall and season.

For example, native Mitchell grass, found across northern Australia, produces between a half and one tonne of grain per hectare – less than a quarter the yield of wheat.

This productivity can be increased by identifying and cultivating the plants producing more seed than their neighbours. These individuals have the best chance of producing the next generation of high-yield plants.

Read more: The world's best fire management system is in northern Australia, and it's led by Indigenous land managers

To be efficient, modern machine-processing of grain requires that the seed is clean, uniform in size and is not mixed with other types of seeds. 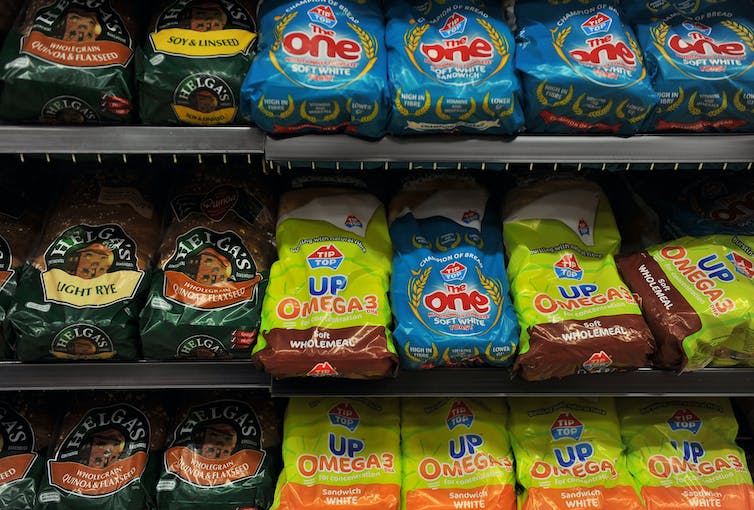 While the commercial process of making flour is relatively inflexible, in contrast, an experienced baker can work with many types of flour and adjust the dough as they go. This is how Aboriginal people baked loaves from native seed for thousands of years. Creating unique products from native grain will require flexible baking methods, including making them by hand.

In recent years, “ancient grains” such as quinoa, chia and spelt have grown in popularity among food consumers. These crops grow on their own and have been genetically improved for quality, so are relatively consistent when sold as seed, flour or in a baked product.

But Australia’s native grain products may contain multiple species that are grown and harvested together. So at the point of sale, consumers would have to accept that every loaf or biscuit or cake may have a different taste, and contain several types of grain.

Who earns the dough?

When developing native grain as an Australian staple food, we must also be careful not to exploit the knowledge of native grain production at the expense of the traditional caretakers of the knowledge and species. This would be repeating the mistakes of the past.

Native grain production offers potential economic gains. These should go first to the traditional custodians, countering current trends where only 1% of Australia’s native food industry is generated by Indigenous people.

Read more: Cultivating a nation: why the mythos of the Australian farmer is problematic