Malaysians are rejoicing the news this week that former Prime Minister Najib Razak has been found guilty on seven charges related to corruption and abuse of power, and sentenced to 12 years in prison.

Many people want to see him (and his wife) jailed for the 1MDB financial scam, in which billions of dollars went missing from a government investment fund. Whether Najib will eventually end up in jail, though, is unclear. He will next file an appeal and the process could take more than a year to play out.

I would argue no.

A system built on Malay supremacy and discrimination

Malay politics is founded on a simple proposition — Ketuanan Melayu, or Malay supremacy. In recent decades, it has metamorphosed into Ketuanan Melayu Islam (Malay Islamic supremacy).

At its core is the belief Malaysia is Tanah Melayu (Land of the Malays) and ethnic Malays are the true indigenous people. As such, even though at least one-third of Malaysia’s population are non-Malays, Malays must be first in every facet of Malaysian life — from politics to government to religion to culture.

This philosophy has been institutionalised since 1971 under the government’s New Economic Policy (NEP). The NEP dictates that bumiputera (the official term for indigenous Malays) are given preference in all socio-economic spheres, including entry to the civil service, quotas in university intake, mandatory shareholdings in listed companies and exclusive business licences.

You can even get a 7-15% discount for buying a new house under the “bumi discount”, in addition to the government’s bumi quota for new properties.

In the religious sphere, Islam is widely considered the official religion of Malaysia, even though it accounts for just 61% of the population. In practice, this means people of other faiths are faced with discrimination and stringent restrictions.

Read more: Malaysia takes a turn to the right, and many of its people are worried

For example, it is a legal offence for anyone to proselytise Muslims, but not the other way around. In fact, there is no legal mechanism for a Muslim to leave Islam. If one is born an ethnic Malay, the constitution defines that person as Muslim. As a result, many Muslims, especially the younger ones, believe Islam is superior to all other religions.

In February, the Pakatan Harapan (Alliance of Hope) government fell, just two years after wresting control of the country from the Barisan Nasional, which had ruled Malaysia since independence.

The new Perikatan Nasional (PN) government that came into power in March was unashamedly “Malay First”, with Ketuanan Melayu Islam at its core. 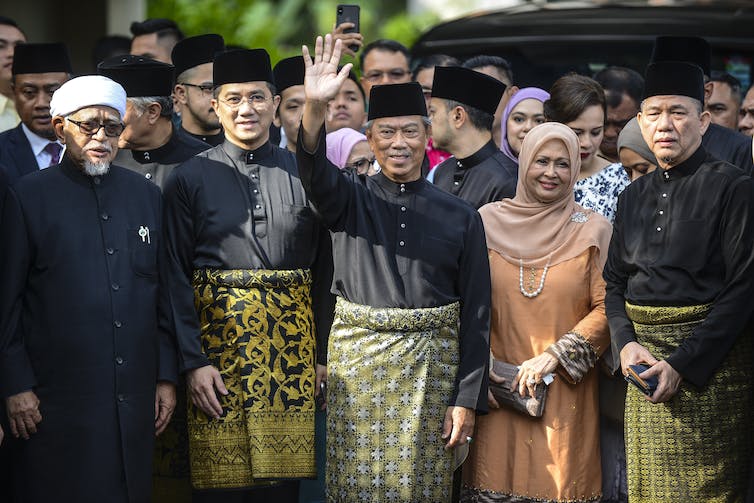 So, what’s this got to do with the Najib verdict?

The short answer is the Najib verdict will not be allowed by the PN government to be a catalyst for real reforms or a reset of the Malaysian political system.

As long as the governing system is built on the notion of racial and religious superiority and discrimination, Najib’s verdict will be seen by the Malay elite as a story of personal greed rather than a failure of the system that allowed Najib to carry out the 1MDB scam.

The Malay elite wants to keep the current system because it allows them to wield power in the name of Ketuanan Melayu Islam and reap the economic benefits.

More importantly, it allows the Malay elite to stay in power by divide-and-rule over Malaysia’s plural population. The divide-and-rule policy (or divide and conquer) was set up by the British colonial rulers to maintain their control. The policy ensured each ethnic and political group did not cooperate with other groups to challenge the British authorities.

Is it any wonder the Malay elites are still using the same methods today? 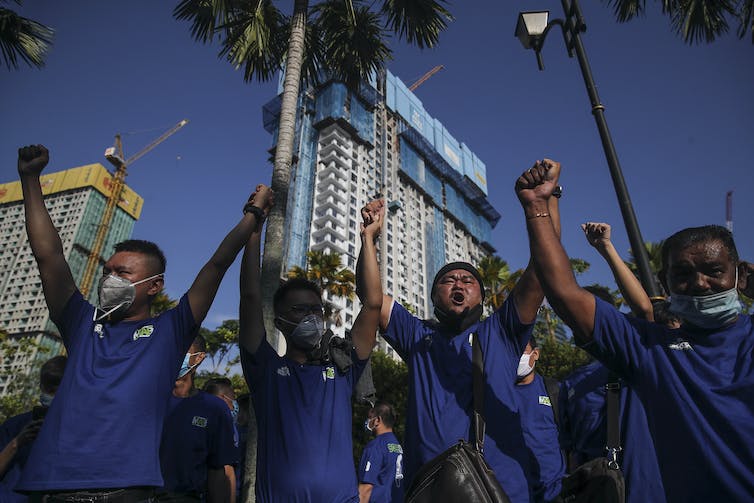 Najib Razak still has many supporters in Malaysia who believe in his innocence. FAZRY ISMAIL/EPA

Another important point to remember is the current system ignores the basic rules of economics. By setting up a system based on racial preferences, market forces are often ignored in economic policies in the name of “Malay share”.

Thus, anyone questioning shady deals involving the government are told to shut up as the normal rules do not apply to what is often referred to as the “Malay agenda”.

Najib was able to hide the 1MDB scandal for so many years precisely because nobody dared to question him. He claimed 1MDB was a Malaysian sovereign wealth fund and everyone in government understood it to mean a way of supporting the “Malay agenda”.

Khazanah Nasional, the real sovereign wealth fund, is tasked with ensuring the Malay stake in the economy, so it is not unreasonable for people to assume 1MDB was doing the same.

Najib’s guilty verdict will not bring even an iota of change to the country’s political and economic system. What is needed in Malaysia is the abandonment of the racist Ketuanan Melayu Islam ideology.