Most Australians are familiar with the cute, nectar-loving sugar glider (Petaurus breviceps), a marsupial denizen of forests in eastern and northern Australia.

This discovery has meant the distribution of the sugar glider has substantially reduced, and it’s now limited only to coastal regions in southeastern Australia. The devastating bushfires last summer hit this part of Australia hard.

Our new species from northern Australia, the savanna glider, is particularly at risk, living in a region that’s suffering ongoing small mammal declines. We must urgently assess the conservation status of both the sugar glider and savanna glider before they’re lost. 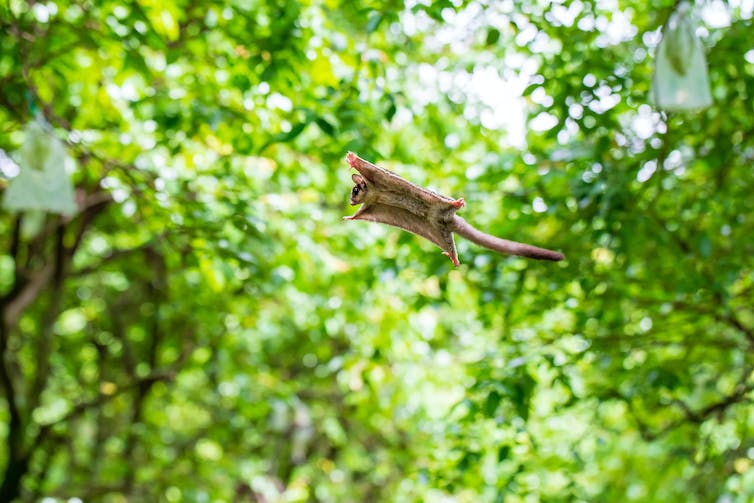 Our discovery of new Australian mammal species is rare and exciting. That’s because while Australia is filled with hidden and undiscovered animal and plant diversity, our mammal fauna is considered relatively well known, with more than 99% of all species scientifically described.

Perhaps Australia’s most graceful mammals, species of the genus Petaurus (meaning “rope-dancer”) have the unique ability to expand the skin between wrist and ankle to glide from tree to tree – they are nature’s BASE-jumpers. It’s believed these gliding capabilities evolved as a way to adapt to the open forests of Australia.

The palm-sized sugar glider, named after its insatiable appetite for all things sweet, is the most widely known member of the genus and is commonly kept and bred in captivity around the world.

From the Aussie outback to London’s Natural History Museum

An investigation into sugar glider genetics a decade ago highlighted two divergent groups within the species, suggesting sugar gliders may represent more than one species.

Prompted by this unusual finding, we investigated the mysterious glider’s identity. 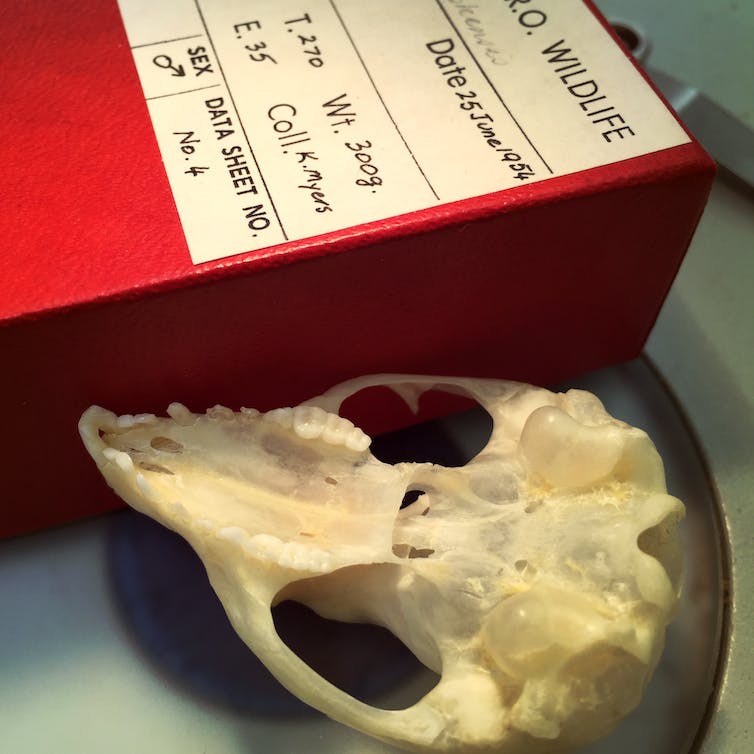 We studied more that 300 specimens from museums to the Aussie outback. Teigan, Author provided

From some of the most remote areas of outback Australia to our vast national museum collections, and ultimately the hallowed halls of London’s Natural History Museum, we captured, measured and compared every glider we could find to evaluate their relationships.

Indigenous knowledge of the savanna glider Petaurus ariel and the contributions of local Aboriginal people were also invaluable to our investigation.

The savanna glider is culturally significant and valued across multiple language groups in northern Australia and we are grateful to the Traditional Owners for sharing their knowledge of the species and its habitat.

In the end, we assessed more than 300 live and preserved specimens and established three species where once there was one.

The savanna glider lives in the woodland savannas of northern Australia and looks a bit like a squirrel glider with a more pointed nose, but much smaller. The remaining two species look similar to each other and may overlap in some areas of southeastern Australia. 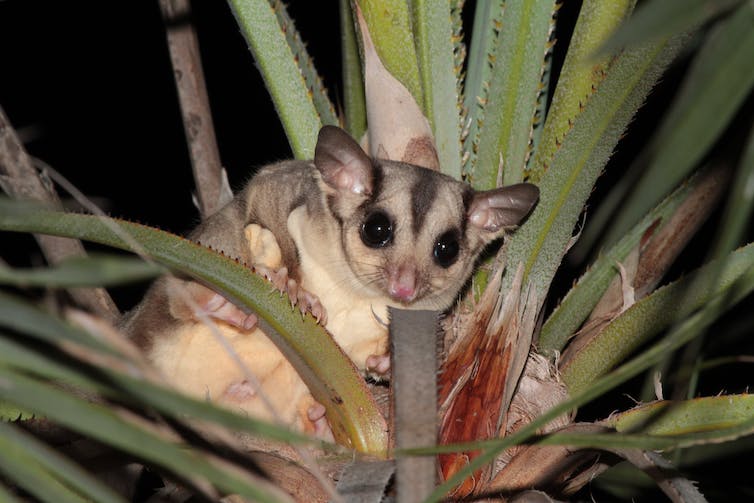 Krefft’s glider has a clearly defined dorsal stripe and fluffy tail. It is widespread in eastern Australia and has been introduced to Tasmania.

The sugar glider, with a less-defined dorsal stripe, is apparently restricted to forests east of the Great Dividing Range, extending from southeast Queensland to around the border of New South Wales and Victoria.

What does this mean for sugar gliders?

Despite ongoing debate about the role of taxonomy (the science of classifying species) in conservation, it is clear from our work that species definitions provide an essential foundation for effective conservation. 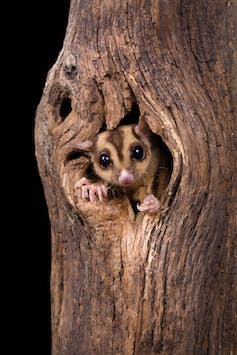 Sugar gliders use tree hollows, which makes them vulnerable to intense bushfires. Shutterstock

When considered as one species, sugar gliders were widespread, abundant and officially classified as “least concern”.

The distinction of these three species has resulted in a substantially smaller distribution for the sugar glider, making the species vulnerable to large scale habitat destruction, such as the recent bushfires.

And sadly, the bushfires have incinerated a large proportion of the sugar glider’s updated range. Given they are tree hollow users and require a diverse habitat with a variety of foods, the bushfires have most likely had a devastating effect on this much-loved species.

The savanna glider is disappearing

Our work has shown urgent intervention is needed to save this important plant pollinator and icon of the Australian bush.

The savanna glider in particular is facing its own conservation concerns in the ongoing northern Australian small mammal declines. Tree-dwelling mammals are among those worst affected there, and it appears the savanna glider is no exception. 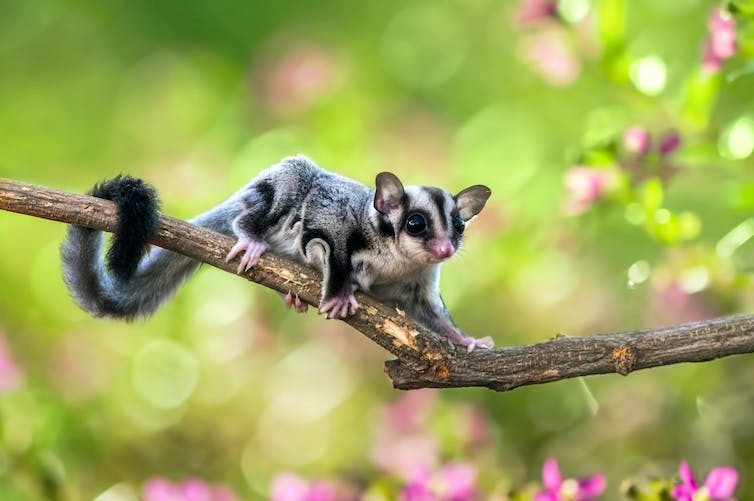 This is a rare discovery as most Australia’s mammals are considered already known. Shutterstock

An earlier study of ours showed the species has undergone a 35% range reduction over the last 30 years, and is slowly disappearing from the inland areas it once inhabited. It’s likely feral cats, changed fire regimes and feral herbivores have played a significant role in the savanna glider’s vanishing range.

It would be a tragedy if this species is lost to the world just as it was discovered, especially with Australia’s appalling track record of human-induced mammal extinctions.

More scientific work is urgently needed. We must define the distinct ecology of each species and determine their distribution in more detail.

This will enable us to effectively assess the conservation status of each species and determine what management efforts are required to ensure their protection as they face an uncertain future.