The World Health Organisation reported more than 230,000 new COVID-19 cases on Sunday — the world’s largest daily increase during the pandemic. The surge has forced governments in many places across the world to order new lockdowns.

This includes Melbourne, which is back in a six-week lockdown after a second wave of new cases exceeded the city’s first peak in late March.

But Melbourne’s not the only city to suffer a second wave of the pandemic. Cities including Beijing and Leicester had lifted COVID-19 restrictions, only to re-enforce them when new outbreaks occurred.

So how have other cities gone about their second lockdown, and have the measures been effective in tackling the COVID-19 resurgence? Let’s take a look at a few examples.

Though there’s no strict definition of a lockdown, it describes the controls imposed by governments to restrict the movement of people in their communities. It’s often achieved through a combination of police presence and applying public health regulations.

It can be implemented partially, progressively or fully. The latter is called “hard lockdown” when the freedom of entry to, and exit from, either an entire building or geographic area is prohibited or limited.

The Segrià region in Catalonia, Spain re-entered an indefinite partial lockdown on July 4 following a significant spike in cases and COVID-19 hospitalisations. 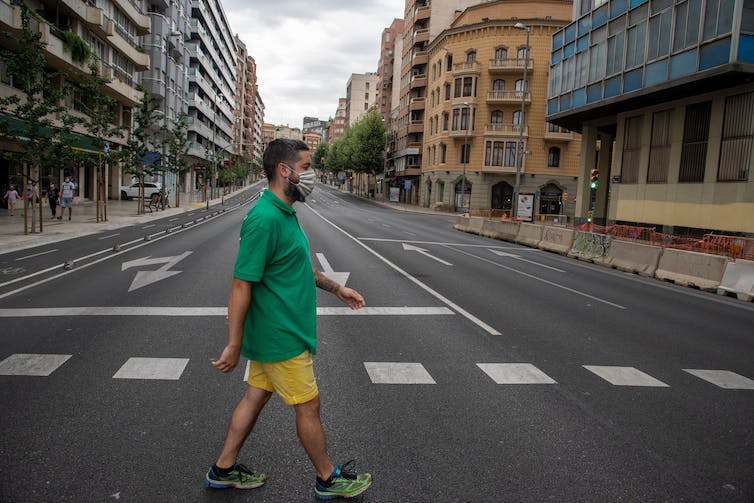 The Catalan government, in the north east of Spain, re-imposed lockdown for the Segrià county after recording 816 new COVID-19 cases on July 12. Ramon Gabriel/EPA/AAP

The city of Leicester in the United Kingdom has gone into a second lockdown after it accounted for 10% of all positive COVID-19 cases in the country at the end of June. The city has been in lockdown for the past two weeks and despite this, the latest data show an increase in the numbers of cases.

A second wave in Beijing was tackled by increasing degrees of lockdowns. The strictest measures were limited to a few high-risk neighbourhoods, accompanied by a ring of looser lockdown measures around them.

Alongside this was extensive and widespread testing, with a peak capacity of 300,000 tests per day. This approach proved successful – the city reported zero new COVID-19 cases on July 7.

While there are increasing examples of a return to some lockdown measures, there are no examples demonstrating the success of a second lockdown — other than in Beijing — because it’s too early to tell.

When entering a second lockdown, it’s useful to consider the lessons learnt from the first. Initial lockdowns in both Italy and India provide cautionary tales on what happens when public messaging and enforcement is flawed.

Italian media published information about internal movement restrictions a day before the Italian prime minister officially announced it and signed the decree. At the time, only northern Italy was heavily affected by COVID-19.

After the news spread, workers and students, many of whom carried the virus, rushed back home across the country, flooding the train stations. Even though the goal was to reduce the spread of the virus, the effects were the opposite. Soon after, it was discovered that new COVID-19 cases in southern Italy were families from students who came home from the north.

Similar panic among migrant workers occurred in India when the prime minister gave the public only a few hours notice before the start of the lockdown. This is just one reason why India’s lockdown has been labelled as “a spectacular failure”. 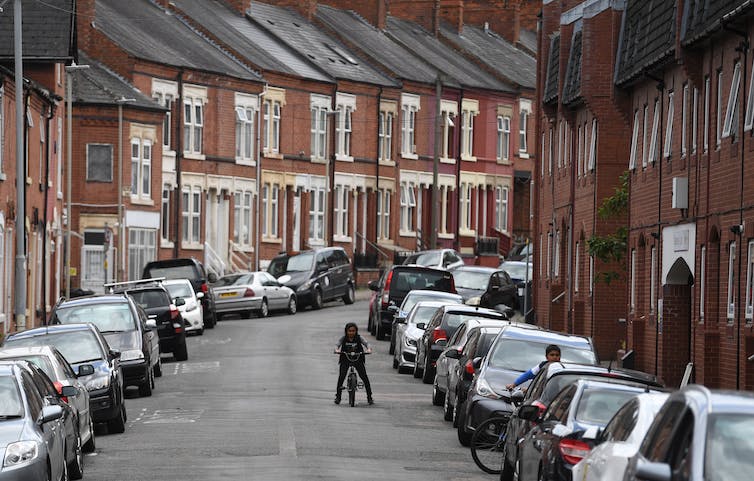 The city of Leicester was the first in the UK to go into a second, localised lockdown, after recording nearly 10% of the country’s new COVID-19 cases at the end of June. Neil Hall/EPA/AAP

After a lockdown, the majority of the population remains at risk of infection without a vaccine. So as restrictions ease, cases are likely to increase again, leading to a pattern of lockdowns, relaxation and renewed lockdowns

So why can’t governments just aim to eliminate the virus? An elimination strategy requires strict, intensive lockdowns and closing external and internal borders to eradicate local transmission and prevent the virus being imported.

Elimination strategies have worked in only a few countries and regions, such as New Zealand which imposed an early and strict lockdown.

Read more: Melbourne's second lockdown will take a toll on mental health. We need to look out for the vulnerable

The effectiveness of lockdowns can be diminished by increasing population fatigue in response to reimposed restrictions.

Lockdowns also have many serious repercussions, including a severe impact on mental health and the economy. French Prime Minister Jean Castex has ruled out another total lockdown arguing that its economic and human consequences are disastrous.

Locking down a given country can cost up to 3% of GDP per month, according to UBS Global Wealth Management.

Lockdowns can work if we use masks

It’s clear that lockdowns cannot be maintained indefinitely. That’s why the rapid development of a vaccine to achieve herd immunity, without extensive infection, is critical – along with the development of drugs to relieve the symptoms of COVID-19.

So how long should Melbourne’s lockdown last? The Grattan Institute has argued it should continue until there are no more active COVID-19 cases in the community to eliminate the virus – and after that, should remain in place for another two weeks.

We argue that the duration of the lockdown could be halved if paired with mandatory universal use of face masks. Wearing masks lowers the risk of spreading and contracting the disease.

Read more: Victorians, and anyone else at risk, should now be wearing face masks. Here's how to make one