The roar of the crowd at the stadium. Jostling to see the New Year fireworks in the public square. Captivated by the band at the pub. Meeting mates outside the train station. These experiences conjure sites of importance for each of us.

As a Melburnian, places that come to mind for me are the MCG, Federation Square, Flinders Street Station and Festival Hall. Sydneysiders could be thinking about the Opera House, Central Station, the Enmore Theatre and Homebush Stadium.

It’s people that make these places important. Without crowds, an idling Gabba in Brisbane or an empty Cottesloe Beach in Perth is a less exciting place.

Read more: How can a 17-year-old place gain heritage status? What this means for Melbourne's Fed Square

Each of the above places possesses outstanding social value. It’s why state heritage laws and local planning schemes can protect places of community importance.

However, this does not happen enough. Of more than 2,300 items on the Victorian Heritage Register, for instance, about 10% are listed for their social value.

Although data are scarce, the numbers are likely similar for heritage lists across Australia. This leaves treasured meeting places – neighbourhood pubs are a prime example – at risk. 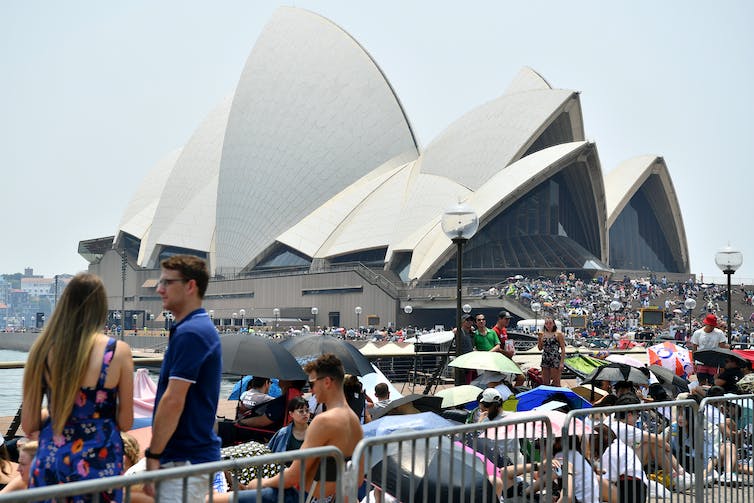 Interactions between people and places over time give places their cultural heritage significance. Joel Carrett/AAP

With restrictions on public gatherings, urban heritage places of social significance have more allure than ever. Just as we are distanced from each other, we are separated from these places. Their temporary absence in our lives, and the sense of community and comforting memories we associate with them, only add to their cultural significance.

Read more: We don’t know what we’ve got till it’s gone – we must reclaim public space lost to the coronavirus crisis

However, heritage typically gives more priority to the historic and aesthetic integrity of older fabric, buildings and structures than to ongoing social and cultural relationships between people and built places.

A lack of participatory methods to involve the public in heritage decisions is another problem with how authorities and the private sector manage the cultural values of historic places.

For more than a century, authorities typically safeguarded monumental architecture and places embodying the apparent progress of the Australian nation, such as public buildings and memorials.

Read more: What kind of state values a freeway's heritage above the heritage of our oldest living culture?

Since the 1970s, additional cultural values – social, scientific and spiritual – have been inscribed in heritage practice. Yet, as I explore in my research, traditional ideas of aesthetic and historic value have been privileged in conservation. Other significant cultural values have not been treated as equally important. 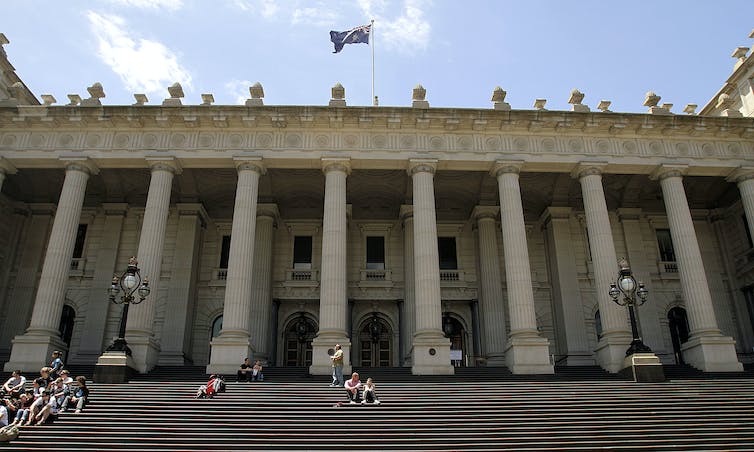 Read more: How the internet is reshaping World Heritage and our experience of it

The introduction of social value saved Flinders Street Station when it was threatened with demolition in 1972 for high-rise development. 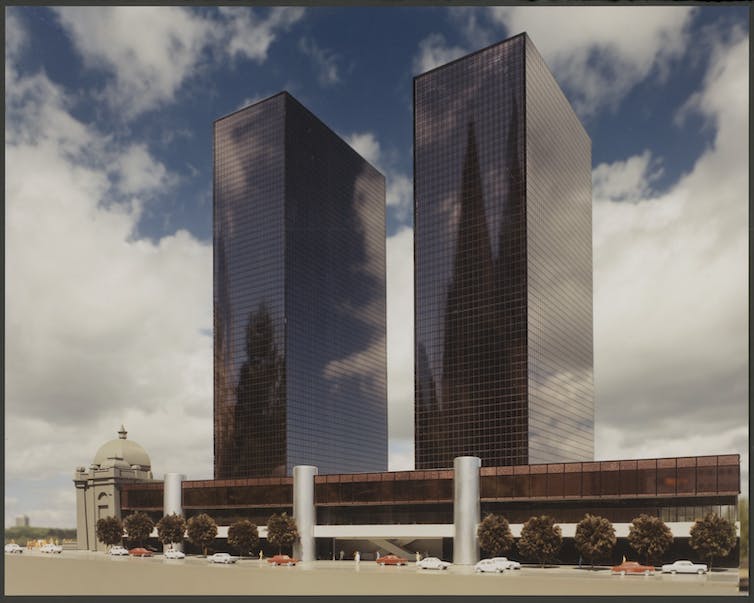 The National Trust wanted to preserve the train station. But its committee of architects perceived it as an “architectural monstrosity” because its Edwardian Baroque style was out of favour.

After long deliberations, the National Trust deemed the station a

landmark […] a major focal point of Melbourne’s city life [with] the Clocks! section [sic] inextricably bound to the social fabric of Melbourne and Victoria. 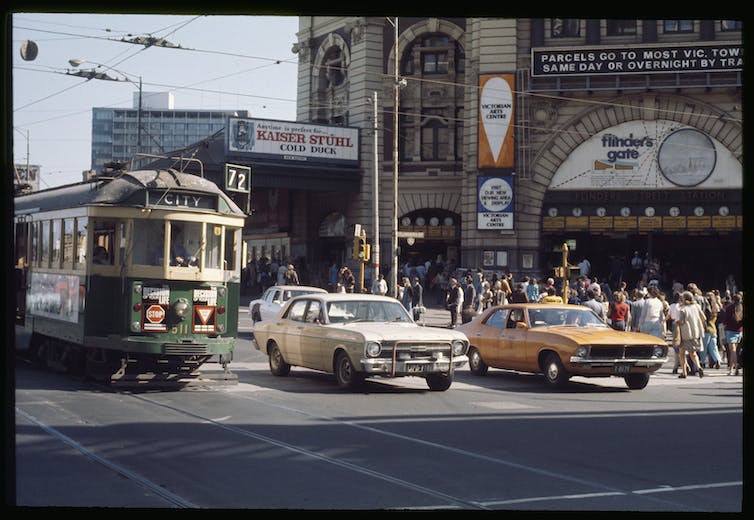 The famous clocks overlook the intersection of Flinders and Swanston streets, pictured here in the early 1970s. Rennie Ellis/State Library of Victoria (reproduced with SLV permission)

So Flinders Street Station was protected for its lasting importance to Melburnians. Only later would it be recognised for its architecture.

Despite its social value, when the station was repainted in original colours in 2017, there was little public engagement in this decision. Research on people’s perceptions of historic places has shown they often prefer agedness and wornness over traditional conservation works that make places look new again: the patina of age has value. Public participation could have resulted in a different conservation decision based on Melburnians’ preferred colours and textures. 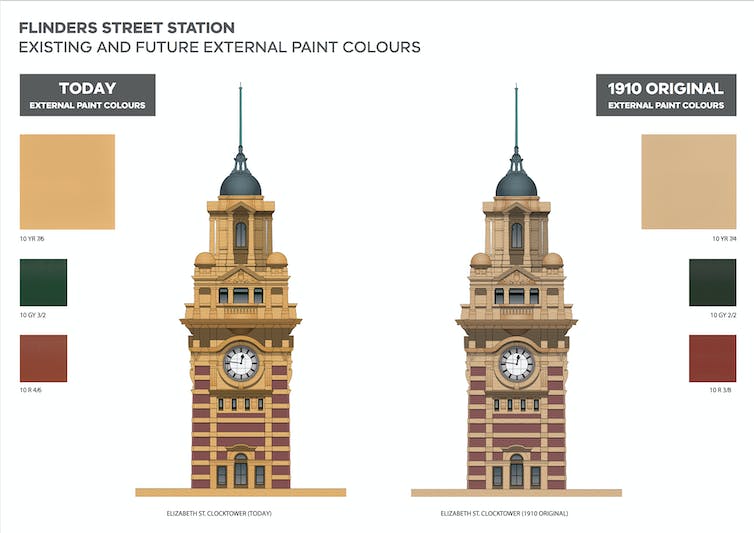 Flinders Street Station was preserved because of its social value for Melburnians, but they weren’t consulted about restoring the original colour scheme. AAP/Victorian government

Another landmark case involves the MCG. Authorities rejected a comprehensive heritage listing for the stadium in the 1980s, when the Great Southern Stand was developed, because a listing might have prevented redevelopment.

The MCG designation was reconsidered, however, in the lead-up to the 2006 Commonwealth Games. It then met revised thresholds to be fully state-listed. It was “the matches and public not the buildings” that created the heritage importance.

And to retain the cultural importance of the MCG in the future lives of Melburnians, flexibility on the stands was required. With the support of club members and heritage authorities, the 1928 Members’ Pavilion made way for the new Northern Stand. 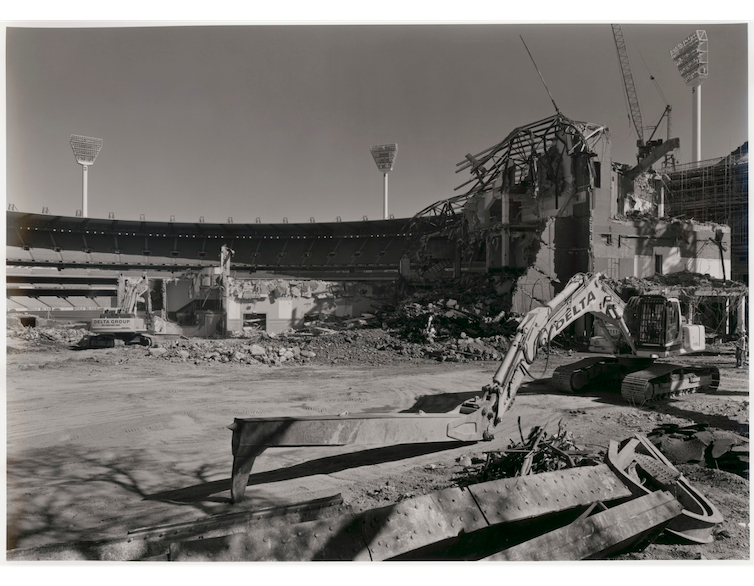 Read more: Heritage value is in the eye of the beholder: why Fed Square deserves protection

Social value in the past, present and future

At the MCG, social value was projected into the future, allowing for flexibility during redevelopment.

At Flinders Street Station, social value was perceived as developing in the past. The recent station works demonstrated that, even when public places are heritage-listed, their management often does not include participatory methods.

Neighbourhood pubs, which are being rapidly redeveloped, are another form of at-risk public place with great social value. Pubs become important to people for their longevity as gathering places, often more so than for their architecture, facades and interiors. 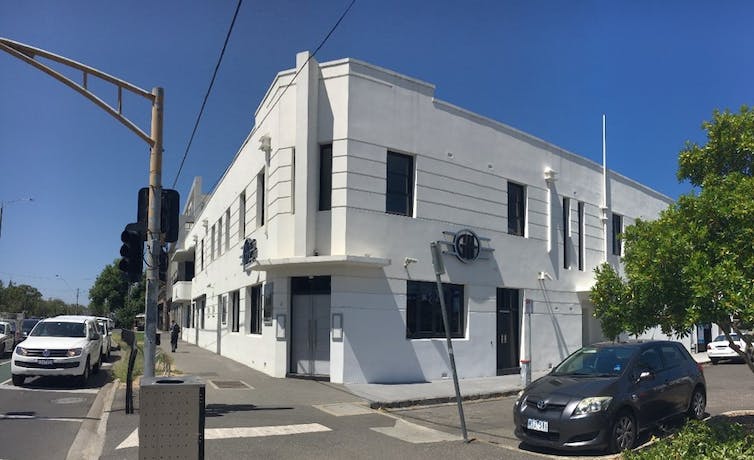 Read more: Once a building is destroyed, can the loss of a place like the Corkman be undone?

The National Trust is seeking to conserve some pubs. However, authorities have far more power to mandate the continuity of historic places’ built fabric rather than ensuring redevelopments retain community spaces.

Even when this does happen, opportunities can be missed to use historic elements of the demolished buildings. Participatory and social approaches to heritage have unrealised potential to guide the design and use of the future public realm.

A major step towards placing people at the heart of heritage would be to mandate and fund a diversity of participatory methods in state and local heritage governance. It’s important, too, to embed community participation across private sector heritage practice. Only by working towards more holistically conserving the broader cultural values of historic places can heritage achieve cultural stewardship for people.