The federal government today announced A$190 million in funding for new recycling infrastructure, as it seeks to divert more than ten million tonnes of waste from landfill and create 10,000 jobs.

The plan, dubbed the Recycling Modernisation Fund, requires matching funding from the states and territories. The federal government hopes it will attract A$600 million in private investment, bringing the total plan to about A$1 billion.

The policy is a welcome step to addressing Australia’s waste crisis. In 2016-17, Australians generated 67 million tonnes of waste, and the volume is growing.

Australia’s domestic recycling industry cannot sort the types and volumes of materials we generate, and recent waste import bans in other countries mean our waste often has nowhere to go.

But recycling infrastructure alone is not enough to solve Australia’s waste problem. We must also focus on waste avoidance, reducing contamination and creating markets for recycled materials. 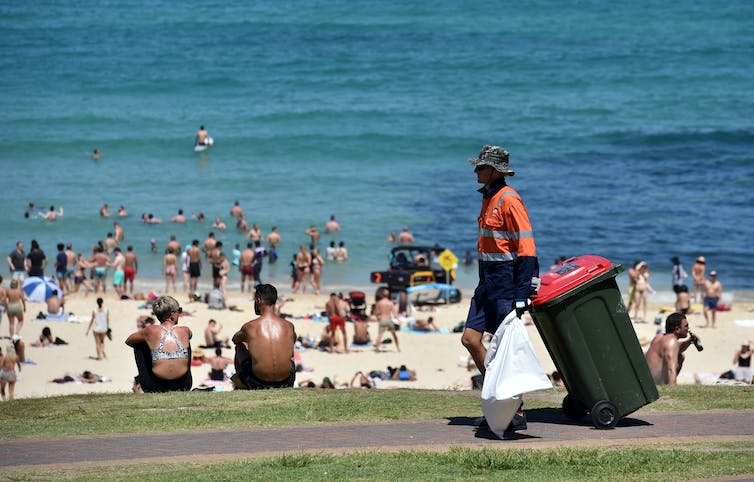 Waste avoidance is even more important than recycling. Mick Tsikas/AAP

In early 2018, China began restricting the import of recyclables from many countries, including Australia, arguing it was too contaminated to recycle. Several other countries including India and Taiwan soon followed.

The move sent the Australian waste management industry into a spin. Recyclable material such as plastic, paper, glass and tyres was stockpiled in warehouses or worse, dumped in landfill.

Read more: How recycling is actually sorted, and why Australia is quite bad at it

It was clear Australia needed to start processing more of its waste onshore, and pressure was on governments to find a solution. In 2019, state and federal governments announced a waste export ban.

Then came today’s announcement. In addition to the A$190 million for recycling infrastructure announced, the federal government will:

But key questions remain: will the full funding package be delivered, and will it be spent where it’s needed? 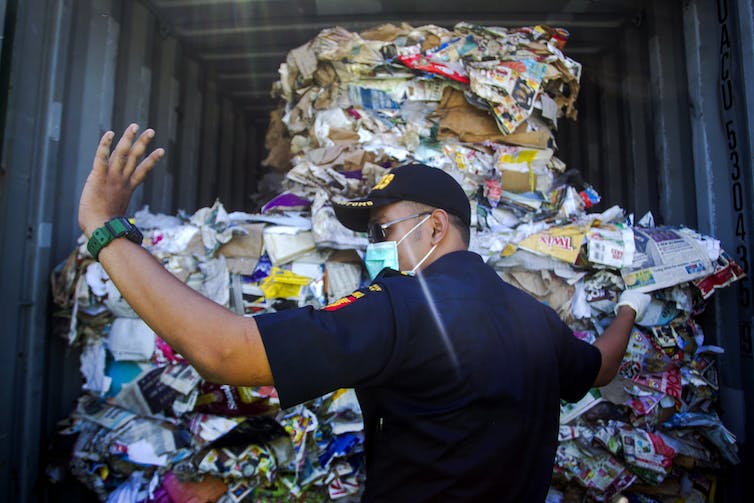 The Commonwealth says its funding is contingent on contributions from industry, states and territories. It’s not clear what happens to the plan if this co-funding does not eventuate.

Figures from the Australian Council of Recyclers shows state governments have not always been willing to spend on waste management. Of about A$2.6 billion in waste levies collected from businesses and households over the past two years, only 16.7% has been spent on waste, recycling and resource recovery.

There’s been a recent increase in the volume and type of materials placed into recycling and waste streams. But a lack of funding to date meant the industry struggled to manage these changes.

Some state government have recently made positive moves towards spending on waste management infrastructure, and it’s not clear what the federal plan means for these commitments. Victoria, for example, has a A$300 million plan to transform the recycling sector. Will it now be asked to spend more?

Recycling infrastructure is not enough

The federal announcement made no mention of the three other pillars in successful waste management: waste avoidance, reducing contamination and creating markets for recycled materials.

Prioritise waste avoidance, encourage efficient use, reuse and repair. Design products so waste is minimised, they are made to last and we can more easily recover materials. 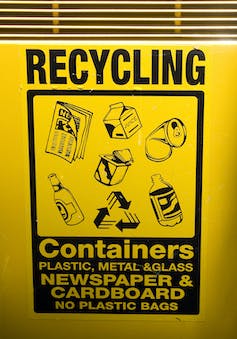 States have collected billions in waste levies, but spent little on the problem. Dave Hunt/AAP

Avoiding the generation of waste in the first place reduces the need for recycling. Waste avoidance also means we consume less resources, which is good for the planet and our economy.

Addressing contamination in our recycling streams is also vital. Contaminants include soft plastics, disposable nappies and textiles. If these items end up in this stream, recyclers must remove and dispose of them, adding time and costs to the process.

Addressing the contamination issue would also reduce the amount of new infrastructure required.

Public education and enforcement is urgently needed to reduce recycling contamination and increase waste avoidance, yet government action has been lacking in this area.

Businesses have great potential to reduce costs associated with managing waste. This includes reducing the waste of raw materials as well as improving the segregation of wastes and recyclables. Funding is desperately needed to help businesses implement these changes.

The federal government says the new funding could be used for small, portable waste-sorting facilities. This is a great idea. They could be located in rural and regional areas, and even at large events so materials can be effectively sorted at the source. This would make sorting more efficient and may also reduce the need for waste transport.

Read more: Four bins might help, but to solve our waste crisis we need a strong market for recycled products

And of course, there’s no use producing recycled materials if no-one wants to buy them. Plenty of products could be produced using recycled glass, plastics, textiles and so on, but the practice in Australia is fairly limited. One promising example involves using glass and plastic in road bases.

Governments, business and even consumers can do more to demand that the products they buy contain a proportion of recycled materials, where its possible for a manufacturer to do so. 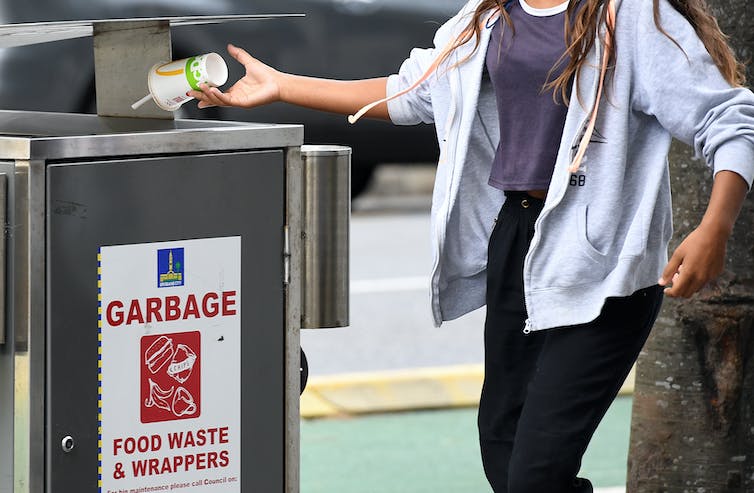 Why send material to landfill when it can be recycled? AAP

The government’s funding to improve waste data is welcome, and will allow improvements to the waste system to be accurately measured. Currently, many waste databases measure measure our recycling rate according to what goes into the recycling bins, rather than what actually ends up being recycled.

Spending to support actions under the National Waste Policy is also positive, as long as it spent primarily on reducing waste from being created in the first place.

Done right, better waste management can stimulate the economy and help improve the environment. Today’s announcement is a good step, but more detail is needed. Clearly though, it’s time for Australians to think more carefully about the materials we dispose of, and put them to better use.

Read more: Recycling plastic bottles is good, but reusing them is better