The family of pioneering New Zealand suffragist Kate Sheppard kept an important secret – one that possibly explains a lot about her life, her beliefs and her motivation.

The secret involved her father, Andrew Wilson Malcolm, and what happened to him after Kate was born. An extensive and painstaking quest by her great great niece Tessa Malcolm has revealed the truth about his fate.

Sadly, Tessa died in 2013 before publishing her decades-long research. I am now completing her work and hope to publish a new biography of Sheppard in 2023, the 130th anniversary of New Zealand becoming the first place in the world to give women the vote.

Solving the mystery of Andrew’s death deepens our understanding of Kate and her extraordinary life.

What happened to Kate Sheppard’s father?

The DTs are a severe form of alcohol withdrawal and a horrible way to die. Symptoms include fever, seizures and hallucinations. 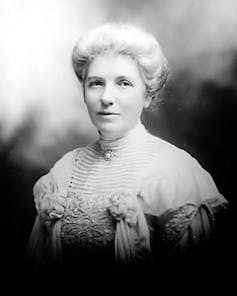 It had already been a long and difficult slog for Andrew. He was one of thousands of Scotsmen who served in overseas armies throughout the 19th century, motivated by a lust for adventure, sympathy for a cause, financial reward, a desire to emigrate or just to escape their lives at home.

When he died he was months short of completing ten years service in the Union Army. His burial site at Fort Craig was recently looted, which led to the official exhumation and reburial of bodies, Andrew’s remains possibly among them.

So we now know the Scottish father of a leader in the New Zealand Women’s Christian Temperance Union (WCTU) died an alcoholic amid the horrors of the American Civil War. He had served and sacrificed his life on US soil, far from his wife and five children at home in the British Isles.

Read more: NZ was first to grant women the vote in 1893, but then took 26 years to let them stand for parliament

As is well known, after the family left Scotland and re-grouped in New Zealand, Kate went on to play a key role in the movement to grant women the vote. 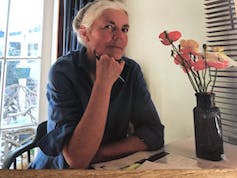 The peaceful campaign was closely aligned with the temperance movement. It argued that moral, enfranchised women were needed to clean up society by voting against the “demon drink”.

A New Zealand tour in 1885 by Mary Leavitt of the American WCTU was a catalyst for local organising. Sheppard became the secretary of the WCTU franchise department.

With her own family experience and connection with America, we can certainly speculate that for Kate temperance was more than a platform from which women could gain the vote. It’s highly probable that her quests for a sober society and votes for women were personally entwined.

A missing page from history

So why did Andrew’s death remain a secret? Stigma, a sense of shame, or just the natural desire for privacy could all be explanations.

In her 1992 biography of Kate Sheppard, Judith Devaliant dedicated only two pages to Kate’s life prior to her 1869 migration to New Zealand around the age of 21. Of Andrew she wrote: “His death has not been traced with any accuracy, although it is known that he died at an early age leaving his widow to cope with five young children.”

Read more: Hundred years of votes for women: how far we've come and how far there's still to go

The biography is also vague about the details of his life. He was born in Dunfermline, Fifeshire, in 1819 and married Jemima Crawford Souter on Islay in the Hebrides in 1842. Documents describe his occupation variously as lawyer, banker, brewer’s clerk and legal clerk.

There is no mention of Andrew in either the New Zealand History Net or Book of New Zealand Women entries on Kate Sheppard. Until now, the focus is on Kate’s adult life and work, with family taking a back seat.

Even in her own 1993 entry on Kate in the Dictionary of New Zealand Biography Tessa simply wrote: “Her father died in 1862”. The implication was that Andrew had died in Scotland, although Dublin and Jamaica also appear in genealogical records. 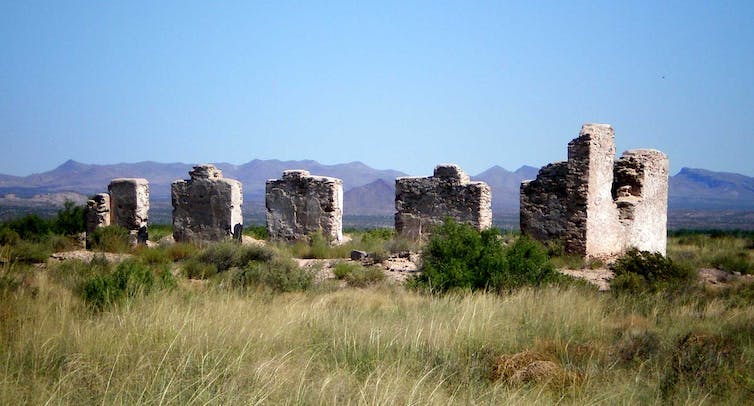 The search goes on

But Tessa was already aware of Andrew’s New Mexico fate by 1990, two years before Devaliant’s book was published. After following dead ends and disproving family rumours she had solved the puzzle of what really happened to the ancestor she referred to as the “bete noire” of her research.

Can we conclusively say that Kate Sheppard’s temperance and suffragist work was directly linked to knowledge of her father’s death? Or are we dealing with an irony of history, albeit a sad one?

As yet we can’t be sure. But Kate’s mother definitely knew the cause of Andrew’s death and we know she greatly influenced Kate. I believe it was also likely known by other senior (and also influential) family members, but kept quiet.

The fact the truth was hidden so well suggests a degree of deliberate concealment. By building on Tessa’s groundbreaking research I hope to reveal more of a remarkable story that connects Scotland, America and New Zealand to a global first for women.