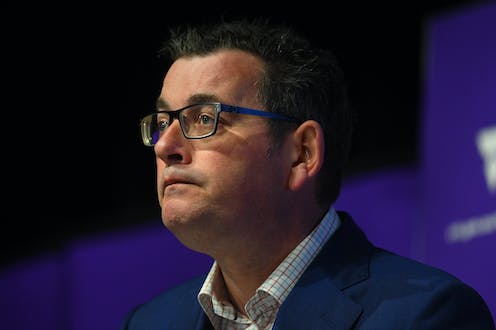 Victoria will lock down for a month 36 suburbs in ten Melbourne postcode areas, and Premier Daniel Andrews has asked Prime Minister Scott Morrison to stop for a fortnight flights bringing quarantine passengers into the city.

Andrews said he could not rule out other areas having to be locked down.

People in the lockdown areas won’t be able to leave home except to shop for food and supplies; receive or provide care; exercise; or study or work (if this can’t done from home).

“Wherever you can, you should do these things as close to home as you can. But if you do need to leave your postcode, those same restrictions … travel with you,” Andrews said.

Schools in the areas are expected to return after the holidays.

Families on vacation are not being required to come home prematurely, but people won’t be able to leave for holidays.

The same four reasons will be the only ones people can use to go into the lockdown areas.

Police will patrol the restrictions with random checks and on-the-spot fines will be imposed on people who breach them.

Businesses in the areas which were permitted to reopen recently will again be closed, with cafes and restaurants restricted to takeaways. Grants of $5,000 will be available for businesses that are hit.

Breaches in the supervision of quarantining have created major problems in Victoria, triggering rises in infection numbers.

“Clearly there has been a failure in the operation of this program,” Andrews said.

He said genomic testing had indicated a number of Victorian cases in late May and early June could be linked to a breach of infection control in the hotel quarantine program. A retired judge will be appointed to look into this.

“I’ve … asked the prime minister to divert flights to other cities for the next two weeks while we reset the program under the supervision of Corrections Victoria,” Andrews said. He has also asked Morrison for more federal personnel to help with the testing regime and community engagement.

The lockdown announcement came as Queensland Premier Annastacia Palaszczuk said Queenslanders should not go to Victoria and her state would be shut to Victorians when the Queensland border was opened as planned on July 10.

Anyone arriving from Victoria would have to quarantine for a fortnight in a hotel at their own cost. People from elsewhere would need to fill in a declaration saying they hadn’t been in Victoria during the previous fortnight.

Palaszczuk, who has been under concerted criticism from the federal government and NSW for Queensland’s closed border, hit back at critics, including Morrison.

“These border wars have got to stop,” she said.

“A national leader should have been able to bring all of the states and territories together,’’ she told a news conference.

Palaszczuk said she was sick of Queensland being signalled out for criticism as opposed to South Australia and Tasmania, which had also had shut borders.

"Perhaps if Victoria had been almost self-quarantined or quarantined, then the prime minister could have set a date for all the other states and territories once Victoria was under control.”

She said she had been silent a long time. “I will not be silenced for standing up for what I believe to be right, for the health advice that I am being provided.”

South Australia announced it would not reopen its border with Victoria on July 20 as earlier planned.