Prime Minister Scott Morrison’s approval ratings continue to soar thanks to his handling of the coronavirus crisis, reaching the highest level for any prime minister since the early years of the Rudd government in this week’s Newspoll.

This is Morrison’s highest net approval, topping the +40 he achieved in a late April Newspoll. It is also the best net approval for any PM since Kevin Rudd had +43 in October 2009.

Opposition leader Anthony Albanese had a net approval of +2, down one point. Morrison led Albanese as better PM by 58-26%.

Given Morrison’s stratospheric ratings, it is surprising the Coalition is not further ahead on voting intentions. This could be due to the fact the national cabinet has been in charge of coronavirus policy-making, and these decisions are seen as more bipartisan and do not boost the Coalition.

The Eden-Monaro byelection will be held on Saturday following the April resignation of Labor MP Mike Kelly. Labor won the seat by just a 50.9-49.1% margin at the 2019 election.

The Poll Bludger reported on two Eden-Monaro polls last week by the robo-pollster uComms, one for The Australia Institute and the other for the Australian Forest Products Association.

Read more: Eden-Monaro byelection will be 'very close', according to participants in focus group research

These two polls are much better for Labor than an internal party poll, reported on June 13, which showed the Liberals clearly positioned on primary votes to gain the seat. 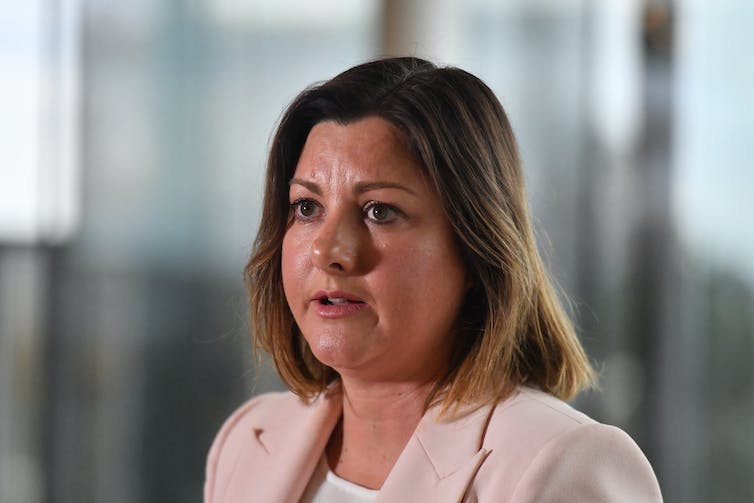 US President Donald Trump’s approval ratings are at their worst since the US government shutdown in January 2019.

As there are far more national polls than state polls, the website adjusts state polls for the national trend. So, as former Vice President Joe Biden widens his national lead, FiveThirtyEight will adjust states in Biden’s favour where there hasn’t been recent polling.

The latest national poll aggregate gives Biden a 50.7% to 41.4% lead over Trump. US polls usually include an undecided option, so the remaining voters are mostly undecided, not third party. Three weeks ago, Biden’s lead was 6.6 percentage points.

In 2016, four states – Pennsylvania, Michigan, Wisconsin and Florida – voted for Trump over Hillary Clinton by 1.2% or less. In the latest FiveThirtyEight aggregate, Biden leads in Florida by 7.2%, Pennsylvania by 8.0%, Wisconsin by 8.1% and Michigan by 10.6%. 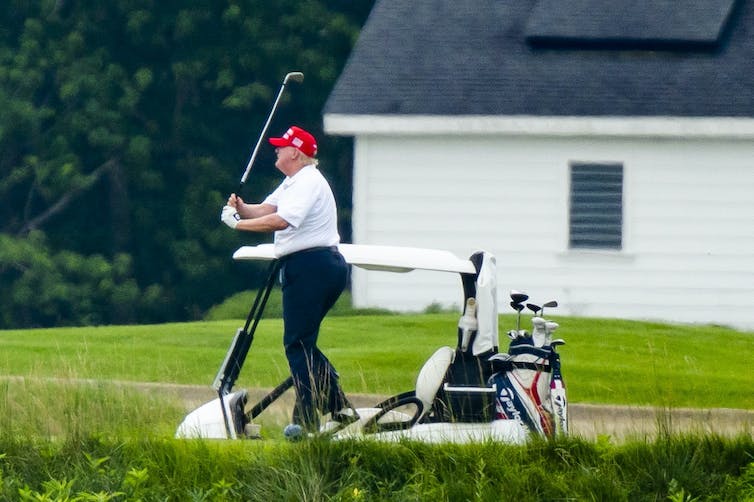 Trump is looking shaky in states he carried comfortably in the 2016 election. Jim Lo Scalzo/EPA

If the election were being held next week, there is little doubt Biden would win both the national popular vote and the Electoral College easily.

Can Trump recover before November 3? If Biden’s national lead is reduced to fewer than five points, the Electoral College could save Trump, as the Democrat’s lead is narrower in the pivotal battleground states.

Trump’s approval ratings have taken a hit due to his responses to the pandemic and the protests after the police killing of George Floyd.

Earlier this month, US coronavirus cases and deaths had fallen from their peaks in April, but there has been a surge in the last week. Over 45,000 new cases were recorded Friday, the highest single-day total since the pandemic began.

Political analyst Nate Silver says this increase is not caused by greater testing (as Trump claims), noting the positive test rate rose to 7.7% on June 24, from 4.9% a week earlier.

A genuine economic recovery is unlikely while coronavirus cases are still surging. Trump’s best chance of re-election is for the pandemic to have faded by November and the US to have made a strong economic recovery.

The US jobs report for May was much better than in April, but April was so terrible that a recovery still has a long way to go.

Can the Democrats retake Congress?

As well as the presidency, all 435 House of Representatives seats and one-third of the 100 senators are up for election in November.

Democrats gained control of the House in November 2018 and are very likely to retain control. They have a 7.9% lead in the FiveThirtyEight generic ballot tracker.

The Republicans currently have a 53-47 seat majority in the Senate, making it difficult for the Democrats to take control. The RealClearPolitics Senate map gives Democrats some chance of winning the Senate, projecting 48 Republican seats, 48 Democrats and four toss-ups.

In deeply conservative Alabama, Democrat Doug Jones unexpectedly won a December 2017 special election, but is unlikely to repeat his success.

House seats are allocated to each state on a population basis, but in the Senate, each state is guaranteed two seats regardless of population. As low-population states in the Midwest and West tend to be conservative, this makes it harder for Democrats to win the Senate.