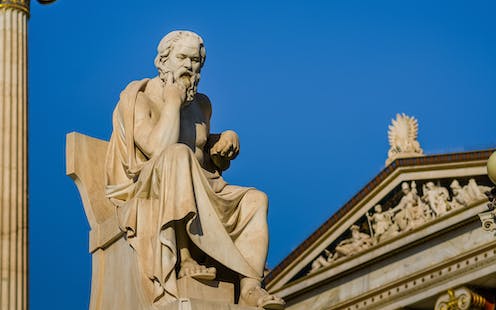 Federal education minister Dan Tehan in recent days announced an overhaul of the fee structures for undergraduate degrees – and the courses based in those degrees – to direct students towards ones it believes are more likely to get them a job.

Federal education minister Dan Tehan in recent days announced an overhaul of the fee structures for undergraduate degrees – and the courses based in those degrees – to direct students towards ones it believes are more likely to get them a job.

Student contributions for degrees in teaching, nursing, clinical psychology, English and languages will fall by 46%; agriculture and maths by 62%; and science, health, architecture, environmental science, IT and engineering by 20%.

But the student contributions for law and commerce will increase by 28%, while for the humanities, they will more than double (up by 113%).

Read more: Fee cuts for nursing and teaching but big hikes for law and humanities in package expanding university places

The implications of the government’s announcement are about more than incentivising the career trajectories of students. They are a direct assault on the premise of universities.

What’s a university for?

The first modern university in the West was founded in Bologna, Italy, in 1088. It became a widely respected school of canon and civil law.

It also became a model for other universities such as the University of Paris and Oxford. The initial faculties were of theology, law, medicine and the liberal arts.

The University of Sydney, founded in 1850, is the oldest university in Australia. William Charles Wentworth is noted as proposing the idea of Australia’s first university, imagining “the opportunity for the child of every class to become great and useful in the destinies of this country”.

The university’s motto is a beacon - Sidere mens eadem mutato – which translated means “the stars change, the mind remains the same”. The broad evolving mind remains the raison-d'etre for universities, more than the fad of the day.

The evolution of the modern university, funded increasingly over time by governments, moved the focus from promulgating religious tenets to values that are civic-minded, and centred on knowledge transmission accessible to all citizens – not just the wealthy.

Read more: Universities have gone from being a place of privilege to a competitive market. What will they be after coronavirus?

Of course, work still needs to be done to improve diversity. But the overarching purpose of the university was to advance human discovery, promote diversity of thinking and enhance the common good.

The library – solemn with books – was the hub of a university education. As knowledge evolved, libraries grew into subject departments.

The physical library and its virtual equivalent still form the foundation of the student academic experience.

The government is overstepping the mark

Government support for public universities was intended to come with few strings. If we agree the purpose of universities is to disseminate knowledge and advance society, we cannot allow a political agenda to diminish academic freedom and equitable student choice.

And yet, the trend in the United Kingdom, the United States and Australia is for conservative-leaning governments to see their role as shaping universities to match their agendas.

This is counter to long-held beliefs universities should operate independently to shape knowledge. Public engagement and social impact are the overall goals for higher education.

In stating its plan expands job preparation and promotes economic growth, the government is overstepping its charge, undermining the notion of choice and opportunity for all. 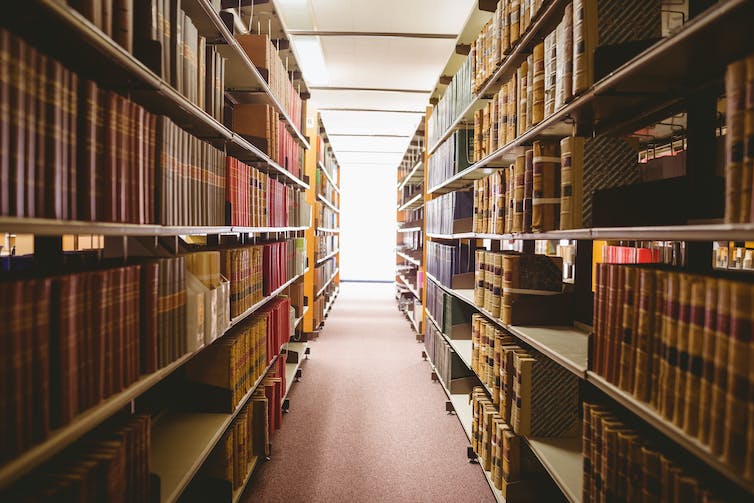 The library is the centre of university learning. Shutterstock

These fee changes will have most effect on working class families. Wealthy families who are not price sensitive will be able to choose across the current array of offerings without financial worries.

This inequity may price some Australians out of their dreams of a liberal arts education because they can no longer afford it.

What is the danger in that?

Degrees in humanities, society and culture, and communications are singled out as not preparing graduates for the jobs of the future.

Yet the skills fostered in these degrees are in high demand. Critical thinking, problem-solving, collaboration, strong writing prowess and people skills are valued as future-focused “human” skills that translate across the employment sector.

Read more: If the government listened to business leaders, they would encourage humanities education, not pull funds from it

With many people getting their information from an increasingly narrow bandwidth of social media influences, the role of a university education is even more important. It’s there to teach students to question, seek evidence and think independently.

A university education promotes open mindedness and the pursuit of knowledge across a diverse set of disciplines, especially those that have now been marginalised.

Students across all disciplines need these attributes to help advance humanity and address the global challenges we face.

It remains to be seen whether the plan minister Tehan has put forward to steer undergraduate students into certain degrees will be successful in promoting “jobs and growth”.

What is clear is this move oversteps the government’s role and function by dictating to Australians and their universities what the priorities should be for building a fair, civil and just society.

The government proposes we engineer our way to the future, rather than think, collaborate and imagine our way forward.

Authors: John Fischetti, Professor, Pro Vice Chancellor of the Faculty of Education and Arts; Dean/Head of School of Education, University of Newcastle