Water use in the Murray-Darling Basin has long been a source of conflict. Damage to rivers and wetlands, including fish kills and algal blooms, has featured prominently in the news.

But the Winton Wetlands, in the south-east basin, represents a bright spot. Its restoration provides a sense of hope that reaches beyond the complexities of history.

The wetlands site is about 2.5 hours drive north-east of Melbourne. It’s now a thriving place for plants and wildlife that attracts plenty of visitors – but it wasn’t always like this. 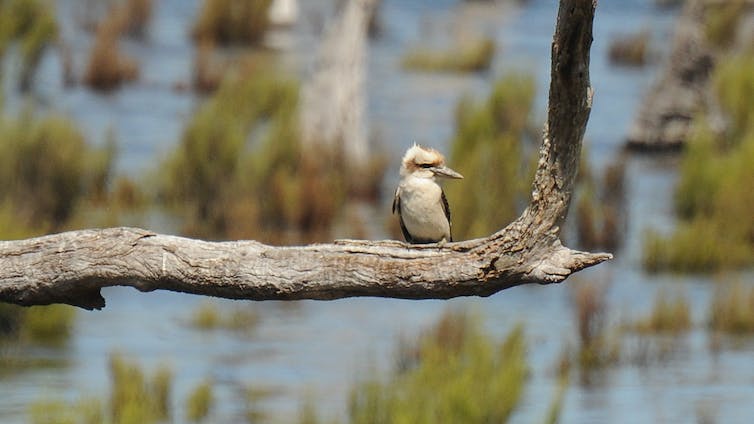 From dispossession to decommissioning

The Yorta Yorta people were the original Aboriginal inhabitants of the area. They lost access to the land and water when European settlers took it for farming in the 1860s.

The farmers and the wetlands were displaced in 1970 when a 7.5 kilometre rock wall was built to form Lake Mokoan. The dam project allowed for local irrigation and created a drought reserve for the River Murray. This was broadly welcomed for the economic and recreational values it promised.

It worked for a while, but the resulting flooding killed around 150,000 iconic river red gums, including many Aboriginal scar trees. 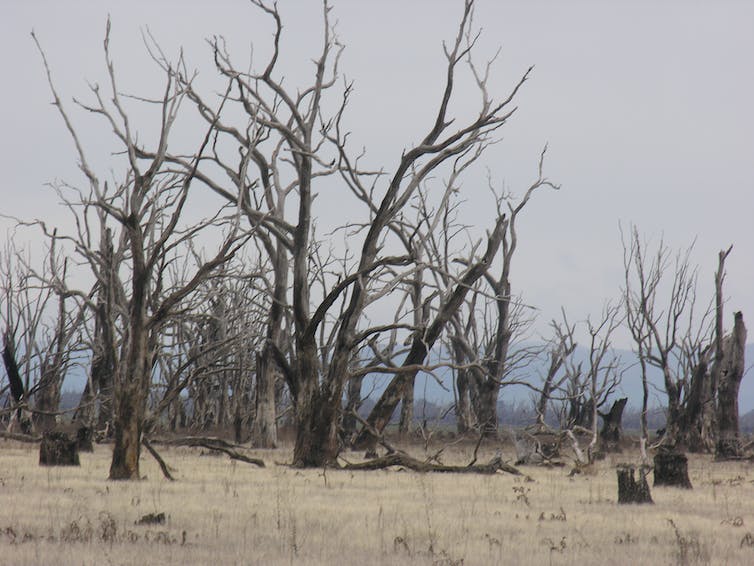 The dam was dried out for downstream supplies in the 1982 drought. Then the 1990s brought massive blue-green algal blooms.

The frequent blooms made it hard to use the water. The Victorian government needed to find water savings for water projects elsewhere and in 2004 decided to remove the dam.

It was a controversial move, opposed by many in the community, including those who lived around the lake, or used the water for recreation or irrigation. But in 2009 a gap was cut through the wall and the water drained. 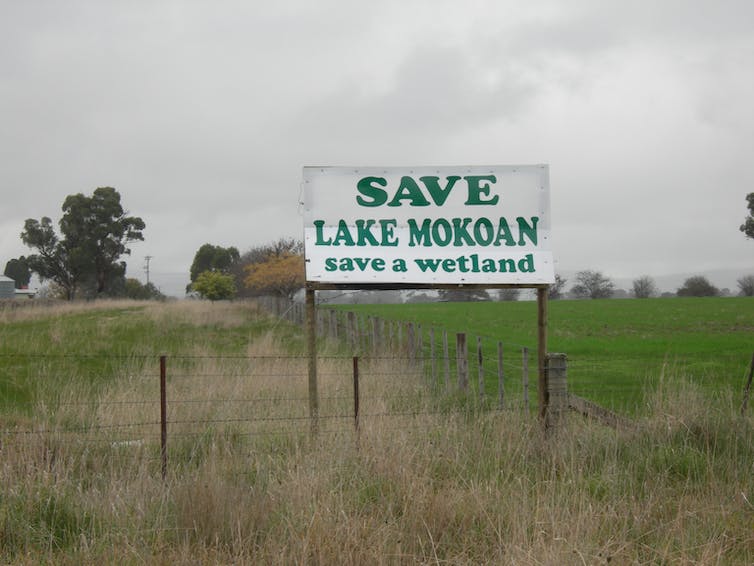 Local opposition to the decommissioning of the dam. Max Finlayson, Author provided

Restoration of the wetlands

After the dam was decommissioned, it was clear the site had undergone significant ecological and social change. So the government was keen to establish a world-class wetland with close links to nearby communities.

In 2009 an independent, community-based committee of management was formed to renew the site.

The scale of the renewal is significant, covering 8,750 hectares. It’s the first site outside the US to be classed as a Wetland of Distinction by the Society of Wetland Scientists, a leading global voice for wetland science and management.

Importantly, local Indigenous people are actively involved in the project, which recognises Indigenous cultural heritage sites throughout the wetlands.

This runs alongside efforts to document and share the history of the European settlers. The committee recognises that people in the wetlands have more than once moved from occupation to dispossession.

The ecological renewal is built around specific management actions to establish self-sustaining populations of native fish, waterbirds and other fauna, and aquatic plants. It’s also improving the water quality and reducing the populations of feral animals and weeds.

Native plants returned to the site include the river red gum and cane grass.

Native fish are breeding, as is the majestic white-bellied sea eagle. A rakali (Australia’s answer to otters) and sugar gliders have been sighted.

An advisory panel is guiding the science behind the project. It’s supported by research partnerships with universities and an annual science forum, designed as an information exchange between the committee and the wider community.

A cafe and visitors hub are now regularly used for events. People visit the wetlands for walks, bike rides, canoeing, stargazing and birdwatching.

There are 60km of roads, nine bush walks, 30km of cycling trails and artworks celebrating the landscape and its history.

The decommissioning of the dam was not well received by some in the community at first. The restoration project is working hard to repair the connection of people to the site through ecological renewal, art and recreational events.

If you restore it, they will come

Volunteers are also playing a role with some 4,114 hours of effort in 2018-19 operating the information desk, taking guided walks, organising planting days and other restoration activities. Volunteers support the science work in various ways including long-term monitoring of frog calls.

Read more: Don't count your fish before they hatch: experts react to plans to release 2 million fish into the Murray Darling

The management committee is determined to rebuild the ecological integrity of the wetlands. But there is a lot still to do, and there are differences of opinion over the priorities and the speed at which things are being done.

The initial funding of A$17 million from the Victorian government will soon be exhausted. Other financial avenues are being pursued. This is necessary to secure a future for this bright spot – a gem of inestimable value – in the Murray-Darling Basin. 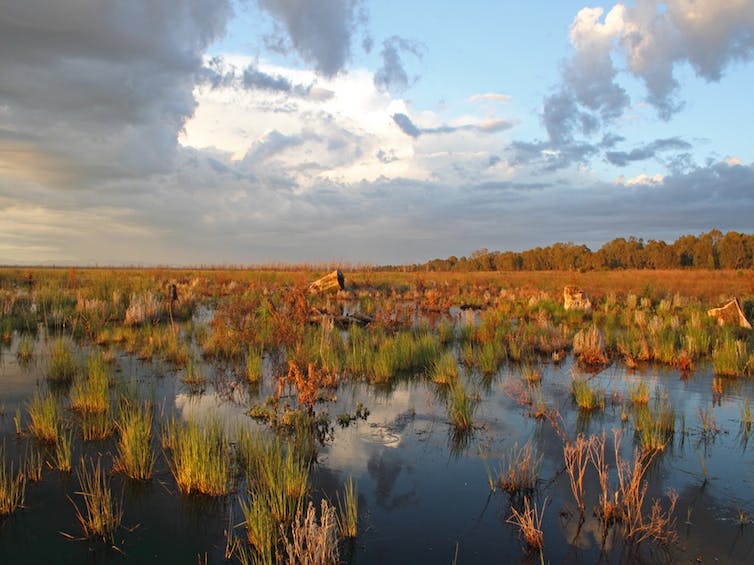 The Winton Wetlands represent a bright spot for social-ecological restoration and renewal in the Murray-Darling Basin. Lance Lloyd, Author provided